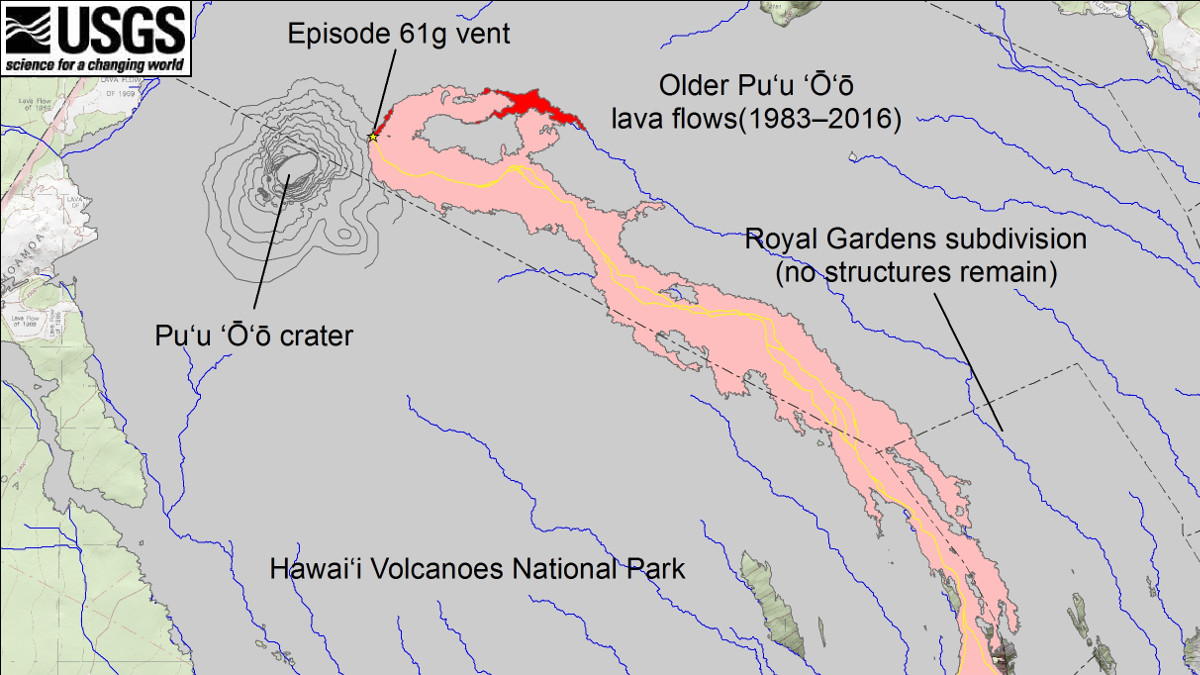 HAWAII VOLCANOES NATIONAL PARK (BIVN) - The branch is moving east at a rate of only a few tens of meters (yards) per day, scientists measure.

HAWAII VOLCANOES NATIONAL PARK – A new map produced and released by the USGS Hawaiian Volcano Observatory shows the slow advance – and possible direction of – a younger branch of the 61g lava flow.

The 61g flow currently extends from the flank of Puʻu ʻŌʻō crater on the East Rift Zone of Kīlauea Volcano, down the pali to the active ocean entry at Kamokuna inside the boundary of Hawaii Volcanoes National Park.

The younger branch of the flow is active near Puʻu ʻŌʻō and advancing slowly east. The branch is moving at a rate of only a few tens of meters (yards) per day, scientists measure.

The new map gives an idea of the direction the new branch may be headed. 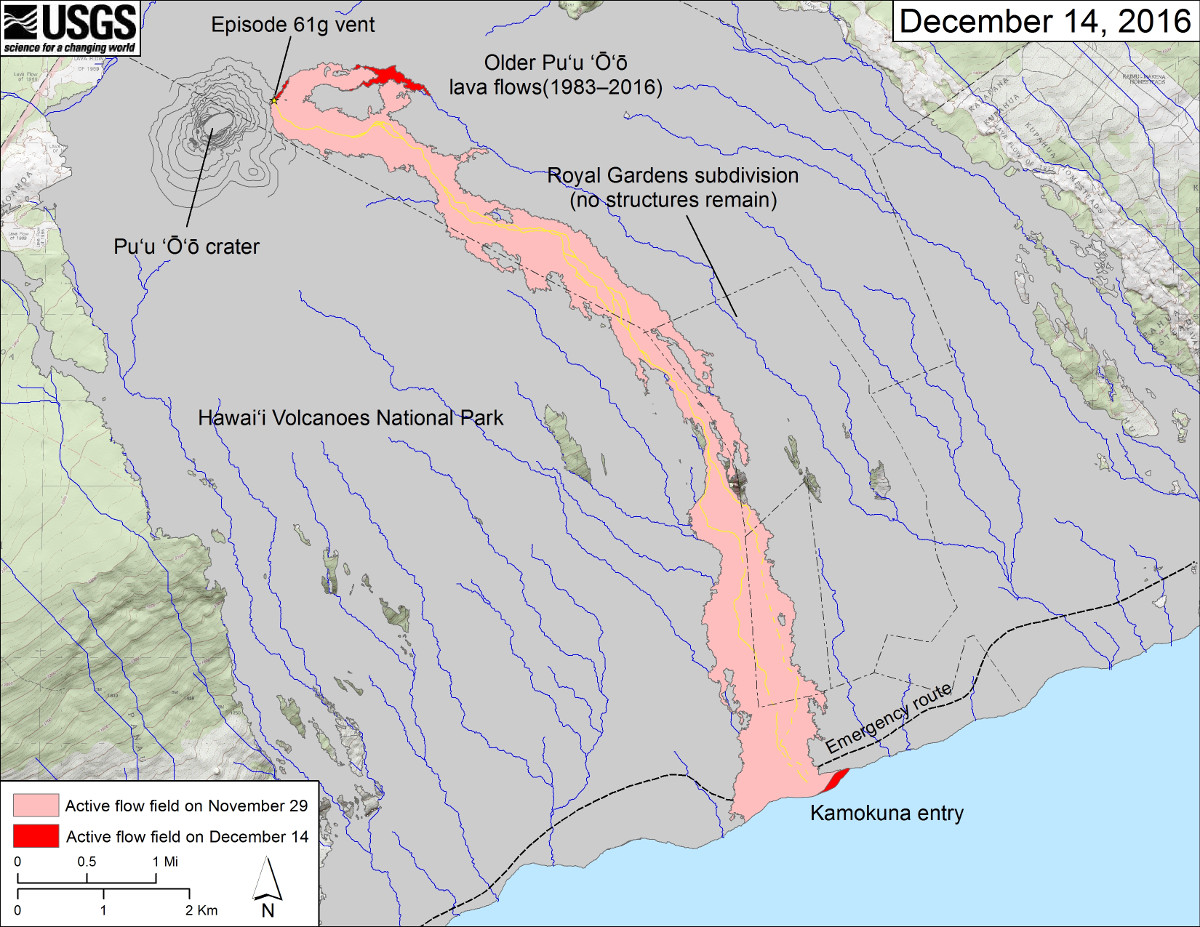 The map shows the paths of steepest-descent (blue lines) over the Puʻu ʻŌʻō flow field, calculated from a 2013 digital elevation model, or DEM.

Like water, lava tends to follow the paths of steepest-descent. “The DEMs are not perfect,” scientists warn, “so the blue lines on this map can be used to infer only approximate flow paths.”

There is another small breakout near the Puʻu ʻŌʻō vent that began two days ago, and continued this morning. The new map also shows that breakout, which scientists say is mostly covering earlier episode 61g lava.

The entire episode 61g flow poses no threat to nearby communities at this time, the USGS says.