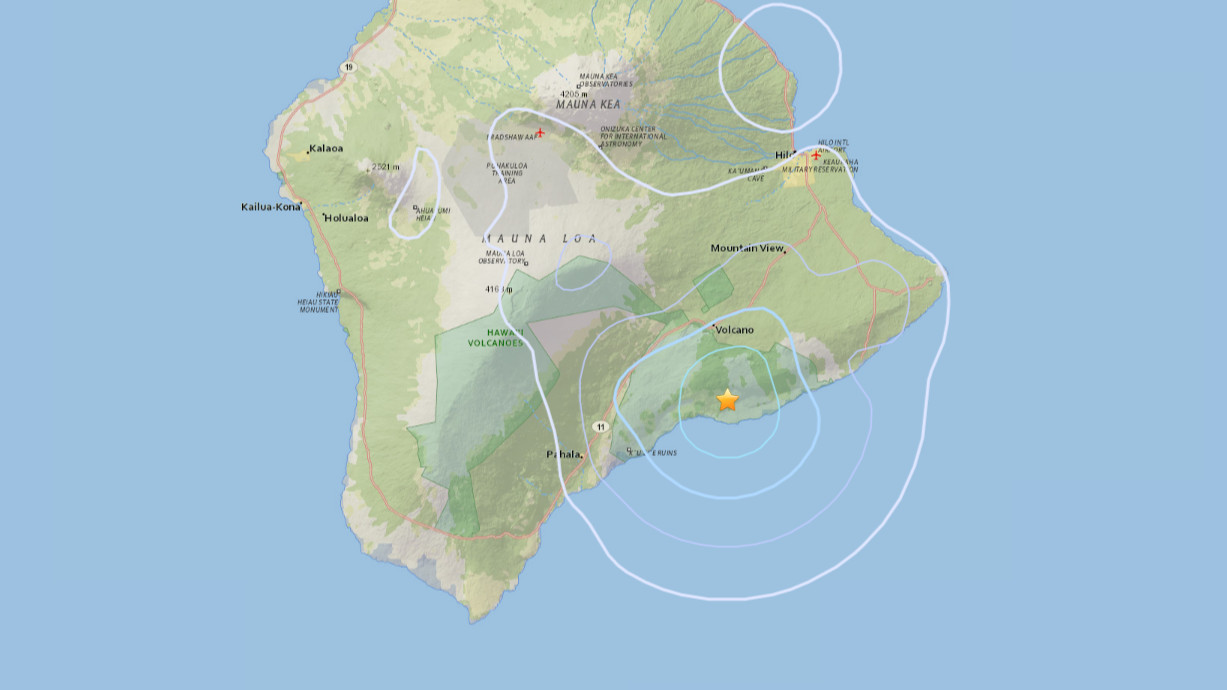 UPDATE: Sources appear to be in agreement that this was a magnitude 3.7 earthquake.

The temblor was located 5.1 miles west northwest of Ka`ena Point within the Hawaii Volcanoes National Park. It was also 9.2 miles south southeast of the Kilauea Summit and 9.3 miles west southwest of Pu`u `O`o Crater.

The depth of the quake was measured at 5.8 miles. Some minor shaking was felt in Hilo.

A magnitude 2.2 earthquake followed at 8:54 p.m., centered in the same general area.

There have been no reports of damage, as would be expected at an earthquake of this magnitude.