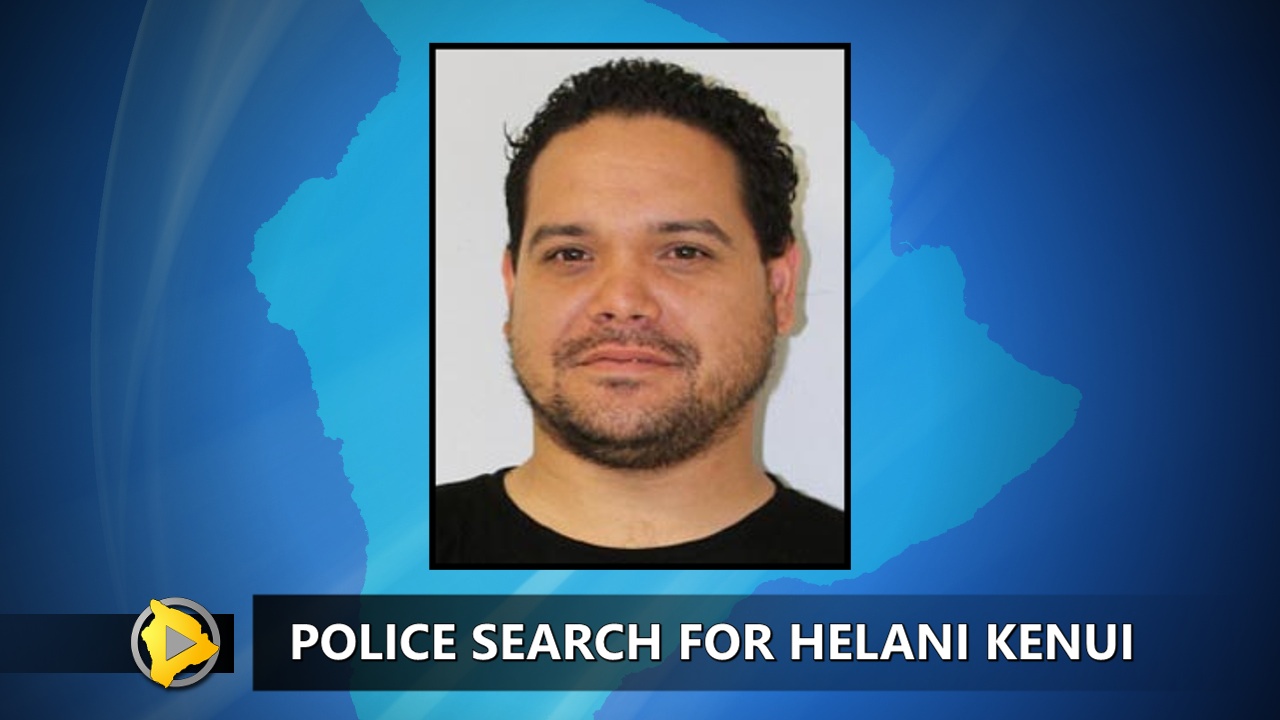 Police Search For Man After Attempted Murder In Hilo

HILO (BIVN) - Police say 35 year-old Helani Kenui is considered armed and dangerous, following an incident at a business on Makaʻala Street on Saturday,

HILO, Hawaii – Police are searching for a 35 year-old Pāhoa man wanted in connection with an alleged attempted murder in Hilo on Saturday morning, December 24.

Helani Kenui is considered armed and dangerous, police warn. He is described as Hawaiian, 5-foot 8, 200 pounds with brown eyes and black hair. Police caution the public not to approach him.

“At 12:25 p.m. Saturday, South Hilo Patrol officers responded to the 100 block of Makaʻala Street, after receiving a report of a weapons incident,” a police media release states. “Officers contacted a 27-year-old Hilo man, who reported that while at a business on Makaʻala Street, an unknown man brandished a revolver and fired a shot into the driver’s side front window of his vehicle. The victim was not injured.”

Police are now seeking Kenui, and ask that anyone with information on this incident or anyone who may know Kenui’s whereabouts call the Police Department’s non emergency line at 935-3311 or contact Detective Dean Uyetake at 961-2379 or dean.uytetake@hawaiicounty.gov.