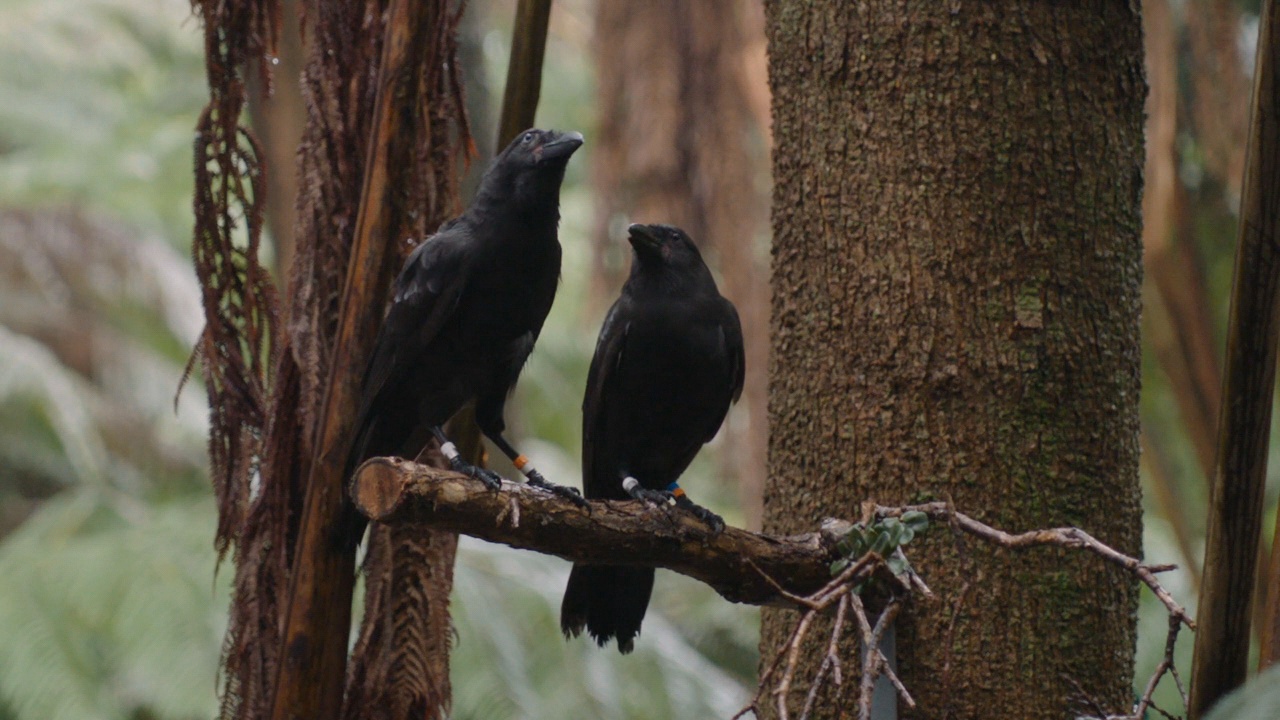 PU'U MAKA'ALA (BIVN) - The confirmed cause of the deaths is currently unknown but conservationists hope to gather information about what happened to the birds through necropsy examinations, officials say.

PU’U MAKA’ALA, Hawaii – Three of the five ‘Alalā released into the wild two weeks ago are already dead, and the remaining two have been returned back into an aviary, officials say.

“Although the birds had been observed doing well and eating from feeders placed in the area, three birds were found dead over the last week,” read a joint news release issued Tuesday by the Hawaii DLNR, San Diego Zoo Global, and the U.S. Fish & Wildlife Service. “The confirmed cause of the deaths is currently unknown but conservationists hope to gather information about what happened to the birds through necropsy examinations.”

The agencies celebrated the quiet release of five endangered Hawaiian crows into the protected Pu‘u Maka‘ala Natural Area Reserve on December 14. The birds went extinct in the wild in 2002, preserved only at the Keauhou and Maui Bird Conservation Centers managed by San Diego Zoo Global’s Hawai‘i Endangered Bird Conservation Program. Conservationists have been working hard since then to breed the remaining ‘Alalā, as well as raise and prepare for their offspring for a return to the island.

John Vetter, a wildlife biologist with the Dept. of Land and Natural Resources-Division of Forestry and Wildlife said, “Some level of mortality is to be expected when reintroducing a species back into the wild and we were prepared for that possibility. The initial days of release are always the most difficult stage of any release program, and the level of uncertainty is also highest with the first release cohort. We decided to recapture the remaining birds to ensure their safety while we await the results of the necropsies, so that we can learn, respond, and continue to strive for the long-term success of the Alala.”

Pu‘u Maka‘ala Natural Area Reserve is an area that conservationists have worked to preserve, protecting native plants and species, and it represents the type of habitat where ‘Alalā originally lived before their numbers began to decline, officials say.

Bryce Masuda, conservation program manager of the Hawai‘i Endangered Bird Conservation Program remarked, “The loss of these three birds is difficult for the entire community, including the many people who have cared for these birds since their hatch and have worked steadfastly to prepare for their release. Condolences for this loss have come from around the world.”