HILO, Hawaii – A standing-room-only crowd packed onto the mezzanine area of the South Hilo police station on Monday morning, to watch a new police chief and deputy chief take over as the heads of the Hawaii County Police Departmemt.

Mayor Harry Kim issued the “reaffirmation oath” to Police Chief Paul Ferreira and Deputy Chief Kenneth Bugado during the public ceremony. Kim officially swore in the two during a private ceremony on December 30, when outgoing Chief Harry Kubojiri retired at the close of business after 37 years of service. 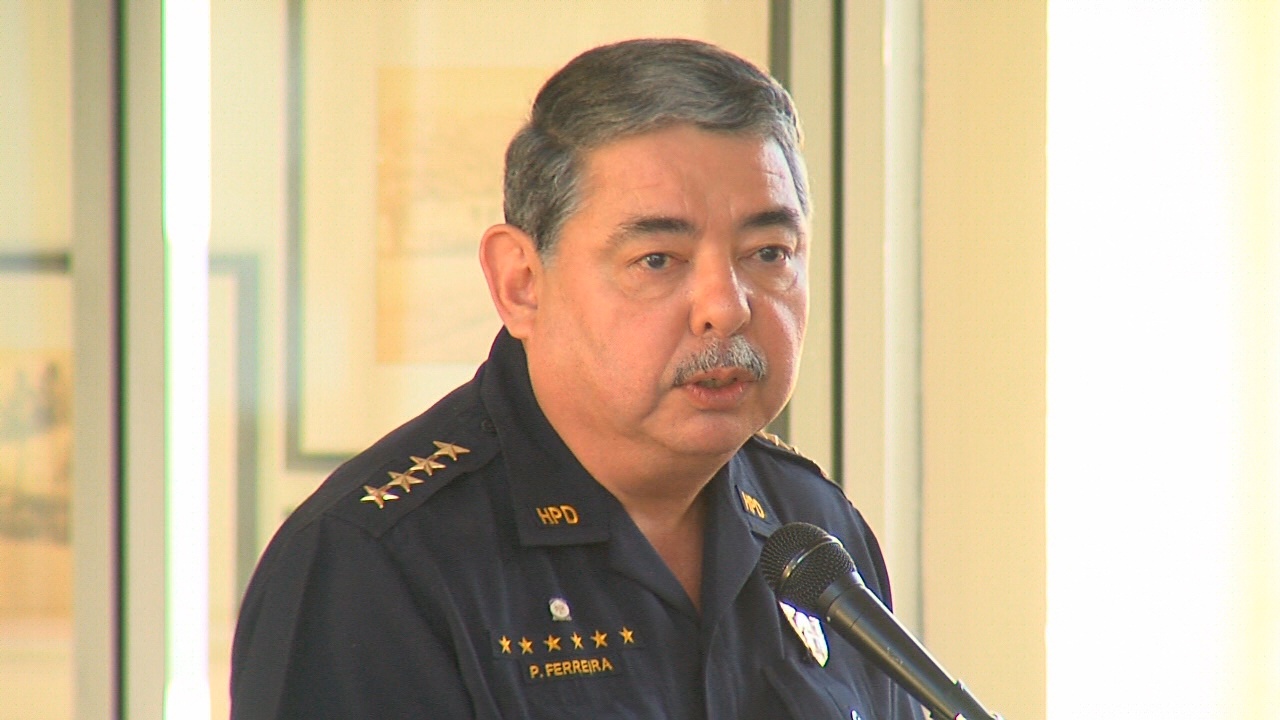 Chief Ferreira also addressed the crowd, saying he has no plans to make major changes to the Police Department because “that would imply that something is wrong with the way it is performing”. He also spoke about the coming deployment of body-worn cameras for police officers, the need to repair and maintain police facilities, and the need to work with media to tell the positive police stories that often go untold.

Ferreira, who was deputy chief under Kubojiri, joined the Police Department in 1982. During his career he worked as a patrol officer and a detective and then held several positions in the Administrative Bureau, including assistant chief. 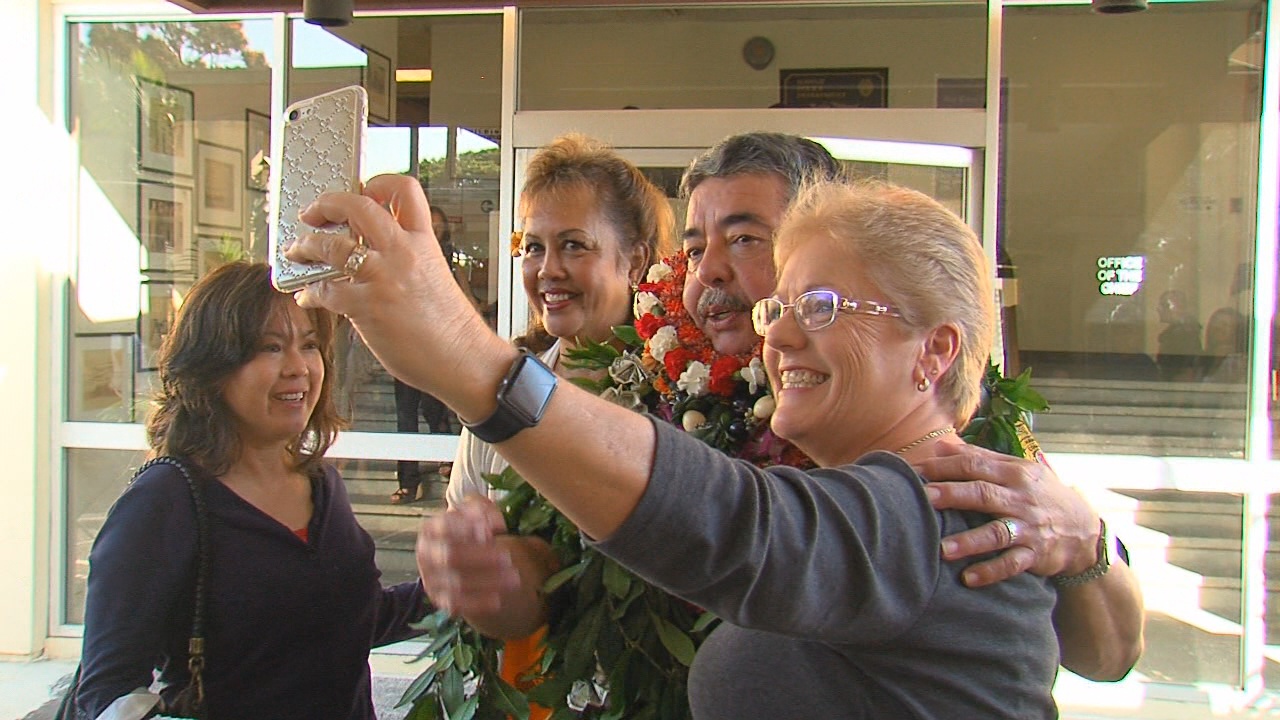 Bugado joined the Police Department in 1989 and most recently served as the captain of the Criminal Intelligence Unit and the Office of Professional Standards. During his career, he also worked as a patrol officer, a sergeant and detective, and the lieutenant in the Administrative Services Division, where he managed the Police Department’s Accreditation Section.

Former Chief Kubojiri was on hand for the event – in civilian attire – to wish his successors well.