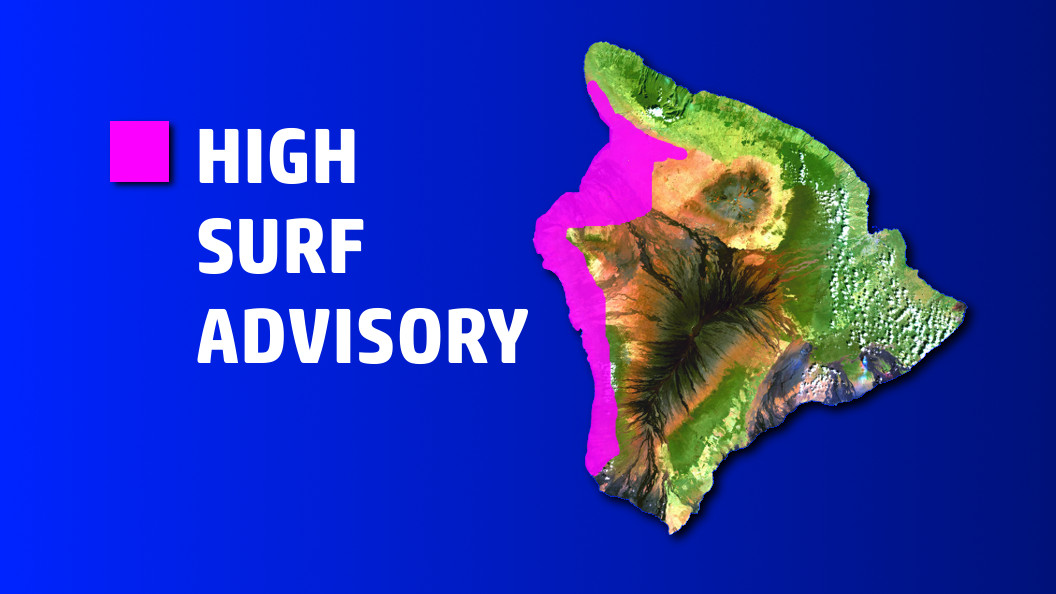 HAWAI ISLAND (BIVN) - The National Weather Service has downgraded the High Surf Warning to a High Surf Advisory for the West facing shores of Kohala, Kona and Ka’u through Saturday morning.

Mau’umae Beach, Kauna’oa Bay and Mahukona Wharf are shut down due to the high surf, emergency officials report.

The list of beach closures was longer the day before, as a High Surf Warning was in effect for Kona, Kohala and Ka’u. The National Weather Service downgraded the warning to an advisory this morning.

Surf heights of 8 to 10 feet are forecast.

“A High Surf Advisory means there is a moderate threat to life and property from the surf,” Hawaii County Civil Defense officials say. “Oceanfront residents, all ocean activities, and beachgoers along the affected shores are advised to be on the alert for possible strong currents and breaking waves. You are advised to exercise caution due to the unpredictability of dangerous surf.”

UPDATE (10:39 a.m.) – The Hawaii Department of Land and Natural Resources reports the Division of State Parks this morning reopened the beach area at Hapuna Beach State Recreation Area, and Kekaha Kai State Park, Maniniowali/Kua Bay section. These areas were closed yesterday, for public safety, due to high surf and wave runup on the beaches, the state says.