KUKUIHAELE (BIVN) - The Hawaii County Council will vote on two bills to reclassify the resort lands to residential at the next meeting in Kona.

KUKUIHAELE, Hawaii – The Hawaii County Council will vote next week on two bills that will effectively end any plans for a resort in Kukuihaele village.

The properties are the site of the formerly proposed Trees of Kukuihaele. The resort will not be developed and the county planning director recommends reclassifying the property to a lower density zone, removing the ability to subdivide the properties.

The Windward Planning Commission gave a favorable recommendation for the change of zone, and the Hawaii County Council Planning Committee also gave its approval on January 5th. Bills 4 and 5 now move to the full council. 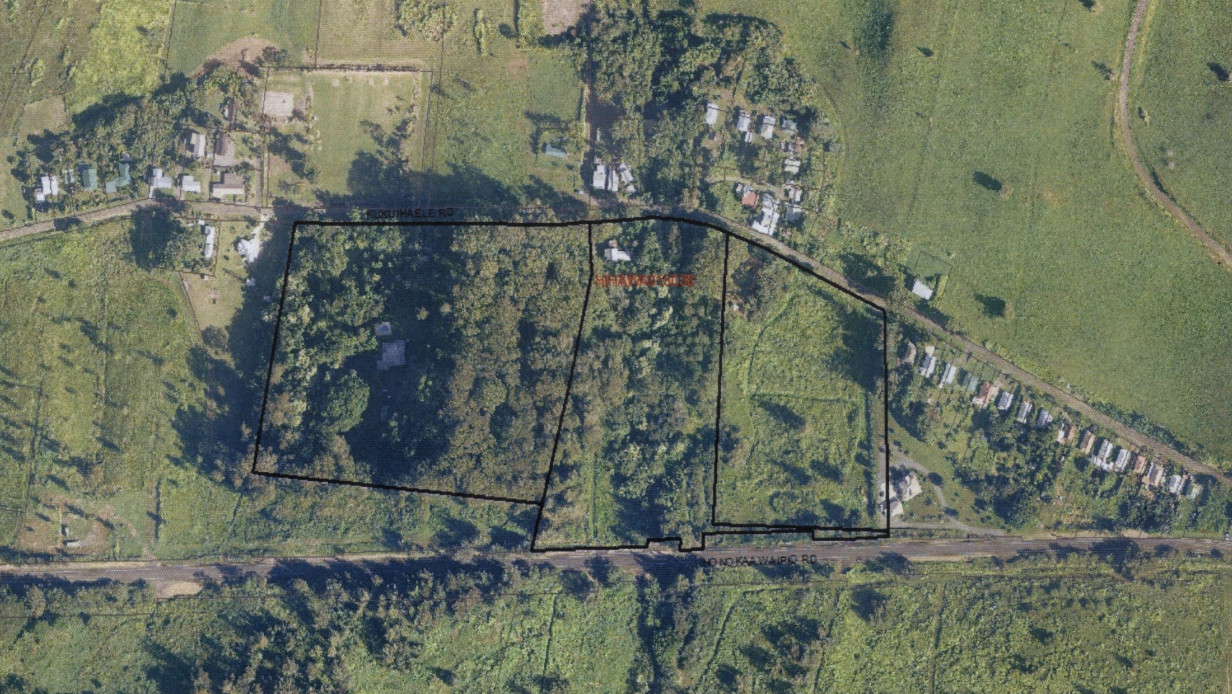 This Planning Department image shows the location of the Kukuihaele land parcels.

In 1994, the Royal Coast Resorts Corporation and Silverlink Holdings, Ltd. applied for four State Land Use Boundary Amendments, a Change of Zone and a General Plan Amendment in order to develop the Amanresort, county documents say. “The proposed development would have involved approximately 98 acres of land in Kukuihaele Town, including lands both makai and mauka of the Old Government Road,” records state.

In September 2000, “portions of the original lands to be used for the Amanresort, more specifically lands mauka of the old government road were proposed to be developed by a new landowner, Trees of Kukuihaele (Tom Heers),” the documents say.

“It became quite apparent over the years that the original vision for a resort development on these properties was simply not going to materialize,” Arai said. “There were sufficient limitations, probably the most apparent being the lack of adequate water. The applicant was limited to a total of 3 meters. 3 meters cannot sustain a resort development. So I think the writing was on the wall.”

Arai said the action drew the attention of Kukuihaele residents, at first.

“It did cause some concern in the community thinking that the department was initiating something that would generate a new type of project,” Arai told the councilmembers. “But with contact with some community memebers we reassured them that it was simply to – for lack of a better word – downzone the property but yet respect the ability to maintain it for single family residential use.”

The Hawaii County Council meets at 9 a.m. on Wednesday, Jan. 25, at the West Hawaii Civic Center in Kealakehe.