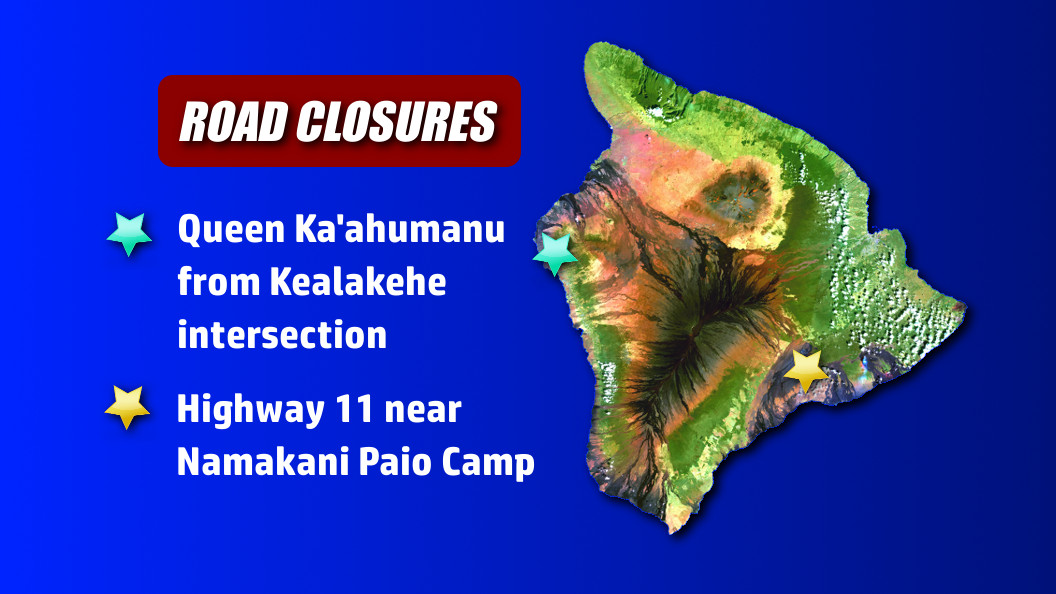 HAWAII ISLAND (BIVN) - Two highway closures were reported on Saturday: One on Highway 11 in Volcano and one on the Queen Ka'ahumanu Highway in Kona.

HAWAII ISLAND – Hawaii County Police and emergency officials are reporting two different highway closures due to traffic accidents on either side of the Big Island on Saturday afternoon.

First, Highway 11 is closed in both directions near the 32 Mile Marker, at Namakani Paio Campground within Hawaii Volcanoes National Park, due to a traffic accident. At 2:13 p.m., officials said the closure was expected to last at least 4 hours.

UPDATE (5:55 p.m.) – The Hawaii Police Department reports that one lane of Highway 11 near Namakani Paio Campground is now open.

Then, a second accident in Kona closed the south bound – or Kailua-Kona bound – lane of the Queen Ka’ahumanu Highway from the Kealakehe Parkway intersection. The south bound traffic is being re-routed up Kealakehe Parkway, police report. At 3:45 p.m. police expected the closure time would be approximately 5 hours.