HAWAII VOLCANOES NATIONAL PARK (BIVN) - One geologist said he hasn't seen anything like it in his 9 years monitoring Kilauea volcano on Hawaii Island. 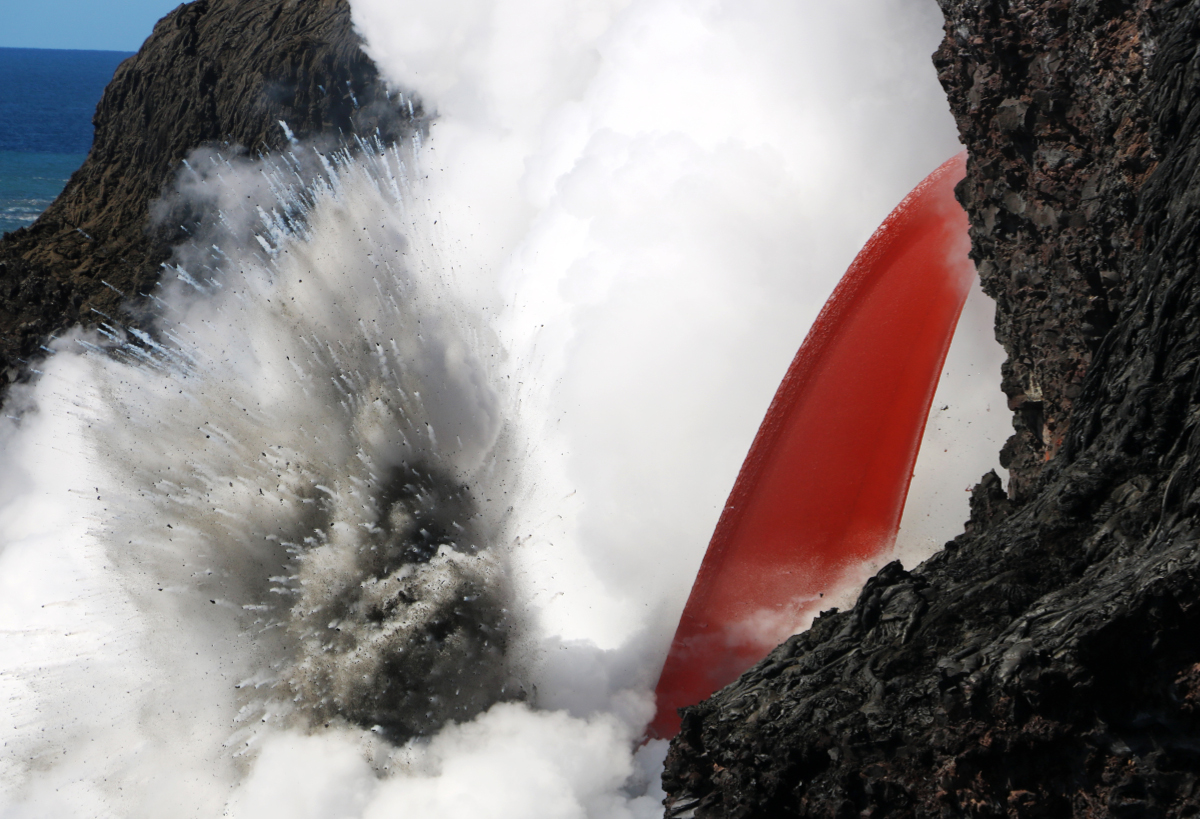 HAWAII VOLCANOES NATIONAL PARK – Scientists with the USGS Hawaiian Volcano Observatory have been studying the mesmerizing lava stream, pouring out of the lava tube on the sea cliff at the Kamokuna ocean entry, inside the boundary of Hawaii Volcanoes National Park.

In a Monday phone interview, geologist Matt Patrick said he hasn’t seen anything like it in his 9 years monitoring Kilauea volcano on Hawaii Island. 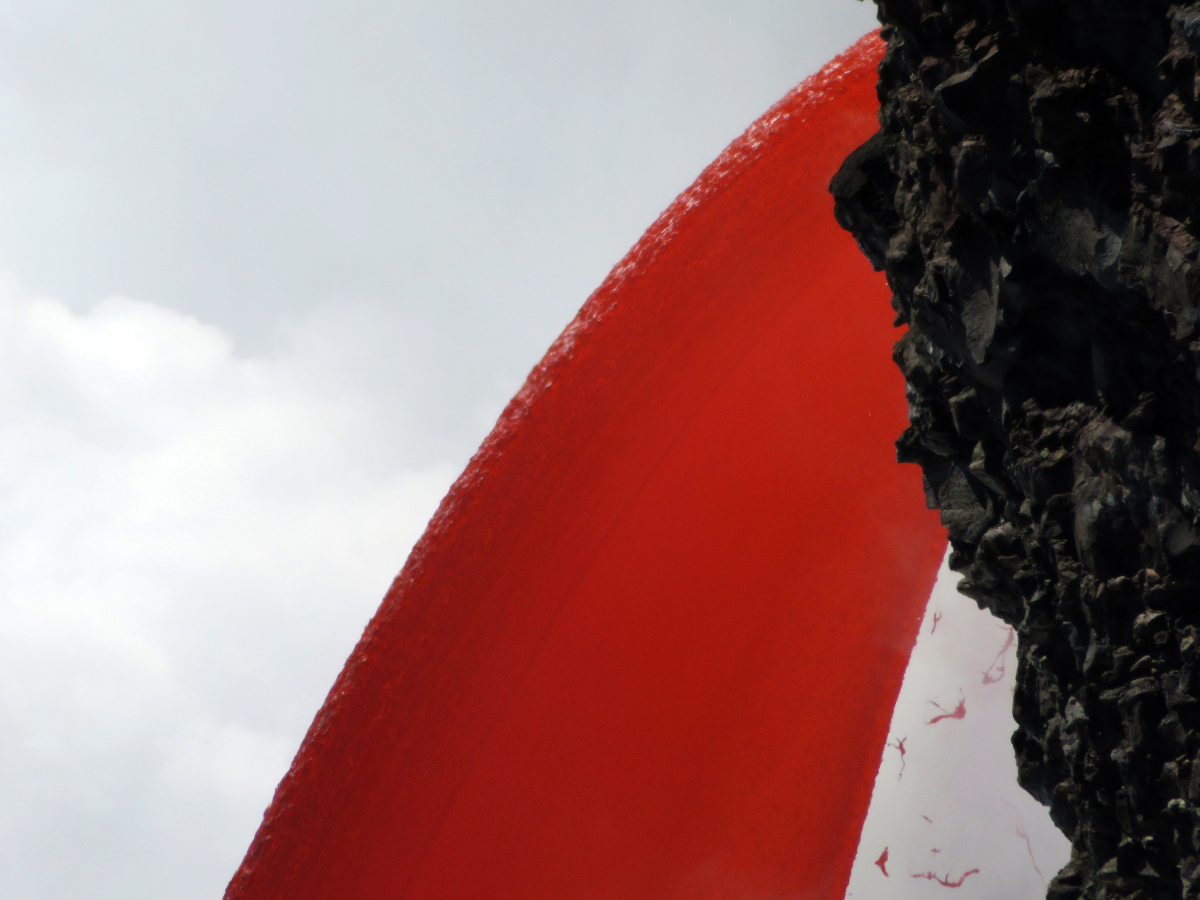 USGS: An open lava stream continues to pour out of the lava tube, perched high on the sea cliff, and into the ocean.

The activity is part of the 61g lava flow, erupting miles away from the vent of Puʻu ʻŌʻō on the East Rift Zone of Kilauea. As the molten lava flows into the cool seawater, pulsating littoral explosions throw spatter, or fragments of molten lava, high into the air.

Patrick was out at the edge of the lava flow recently, taking the spectacular photos and video that have since been posted to the USGS website. The scientists carefully approached the site in protective gear on Jan. 28, and took a look at an ominous crack that has developed on the cliff. The geologists determined that “the eastern end of the hot crack was about 30 cm (11.8 in) wide and deeply cut into recent lava atop the older sea cliff.”

USGS: “Using a thermal image of the crack above Kīlauea volcano’s ocean entry, HVO geologists determined that the temperature within the eastern end of the crack is up to about 220 degrees Celsius (428 degrees Fahrenheit).”

“This crack could be a precursor to collapse of an unstable section of the sea cliff, making the site extremely dangerous for anyone who ventures too closely to the ocean entry by land or by sea,” scientists wrote.

Scientists note that significant delta development has not been observed since the collapse that brought about the current activity. Scientists say this could be due to the “very steep bathymetry” at the ocean entry. 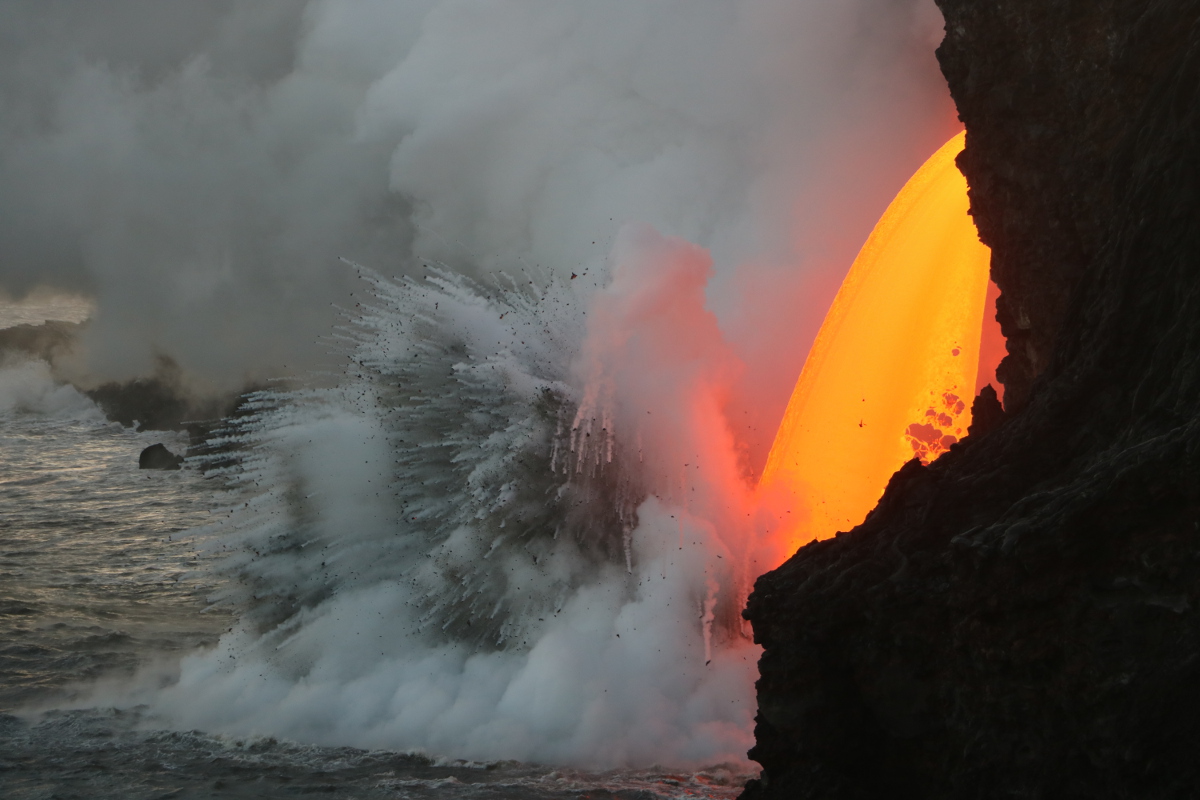 When this USGS photo was taken over the weekend, scientists noted the lava stream “appeared wider… today compared to yesterday, and often had holes in the thin sheet.”