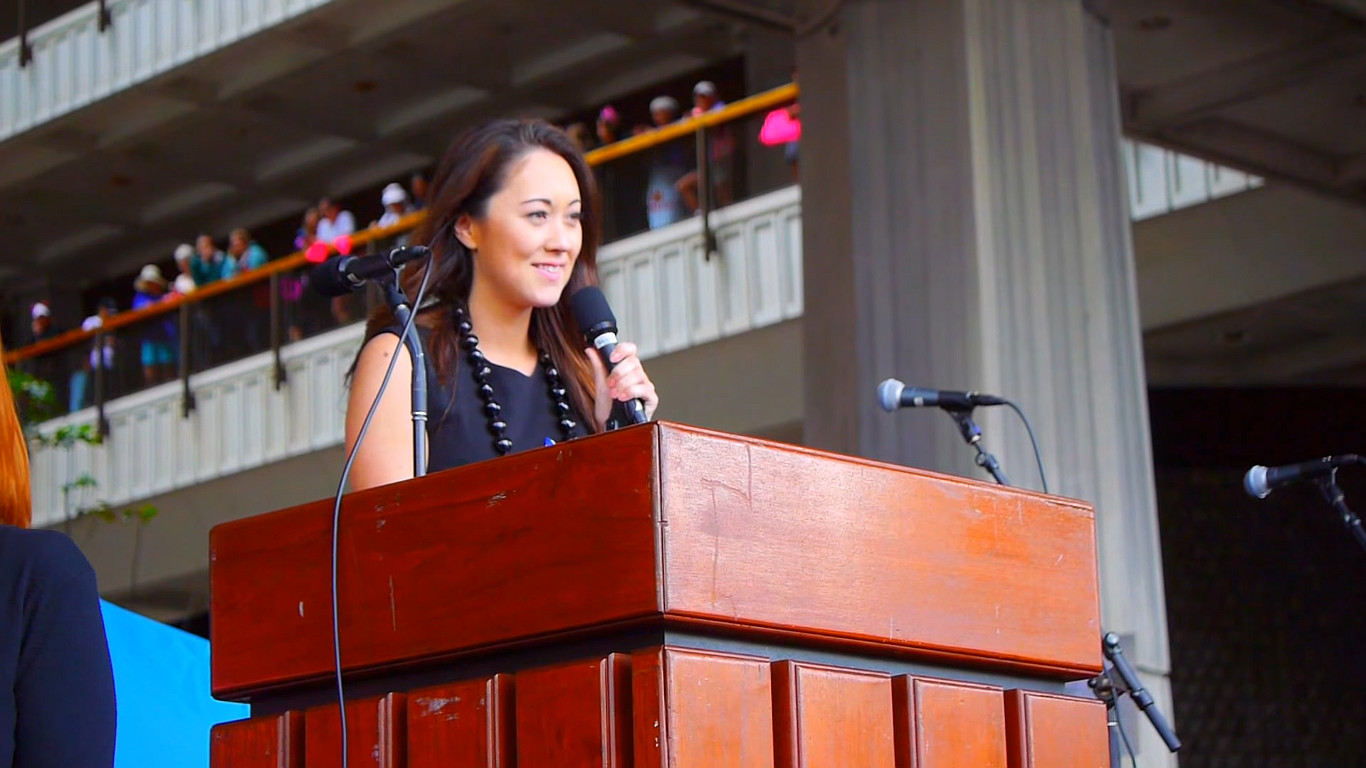 HONOLULU (BIVN) - Rep. Beth Fukumoto says she sent a letter to her Mililani district explaining that she would like to leave the Republican Party and seek membership in the Democratic Party.

HONOLULU – A Republican State Representative in Hawaii is considering leaving the GOP and joining the Democrats due her party’s staunch support of President Donald Trump.

“This morning, I sent a letter to my district explaining that I would like to leave the Republican Party and seek membership in the Democratic Party,” Rep. Beth Fukumoto stated in a Wednesday release. “When I was re-elected in November, I was elected as a Republican, and I want to honor my community’s choice by consulting them before any decision is made. As I articulated in my letter, I encourage my constituents to contact me with input and provide feedback. I was elected by the people of Mililani, and I am here to represent them.”

Hawaii is dominated by the Democratic Party. The entire State Senate is Democratic; its only Republican lost his seat in the November election.

Only six of the 51 district seats in the State House are held by Republicans, of which Fukumoto is one.

Fukumoto gave the House minority speech during the opening of the 2017 legislative session.

“In the last couple years, I’ve watched leaders in the Republican Party become less and less tolerant of diverse opinions and dissenting voices,” Fukumoto said today. “I am under constant scrutiny for working across the aisle to pass common sense legislation that will benefit my district and the people of Hawaii.”

A few weeks ago, Fukumoto spoke out against Trump from the podium during the Women’s March in Honolulu.

“Today, I’m facing demands for my resignation from leadership and possible censure because I raised concerns about our President’s treatment of women and minorities,” she said in today’s statement. “I’ve been asked by both my party and my caucus to commit to not criticizing the President for the remainder of his term and to take a more partisan approach to working in the Legislature. That is not a commitment I can make.”

“As a representative of my community, it is my job to hold leaders accountable and to work with anyone, regardless of party, to make Hawaii a better place for our families,” Fukumoto said.