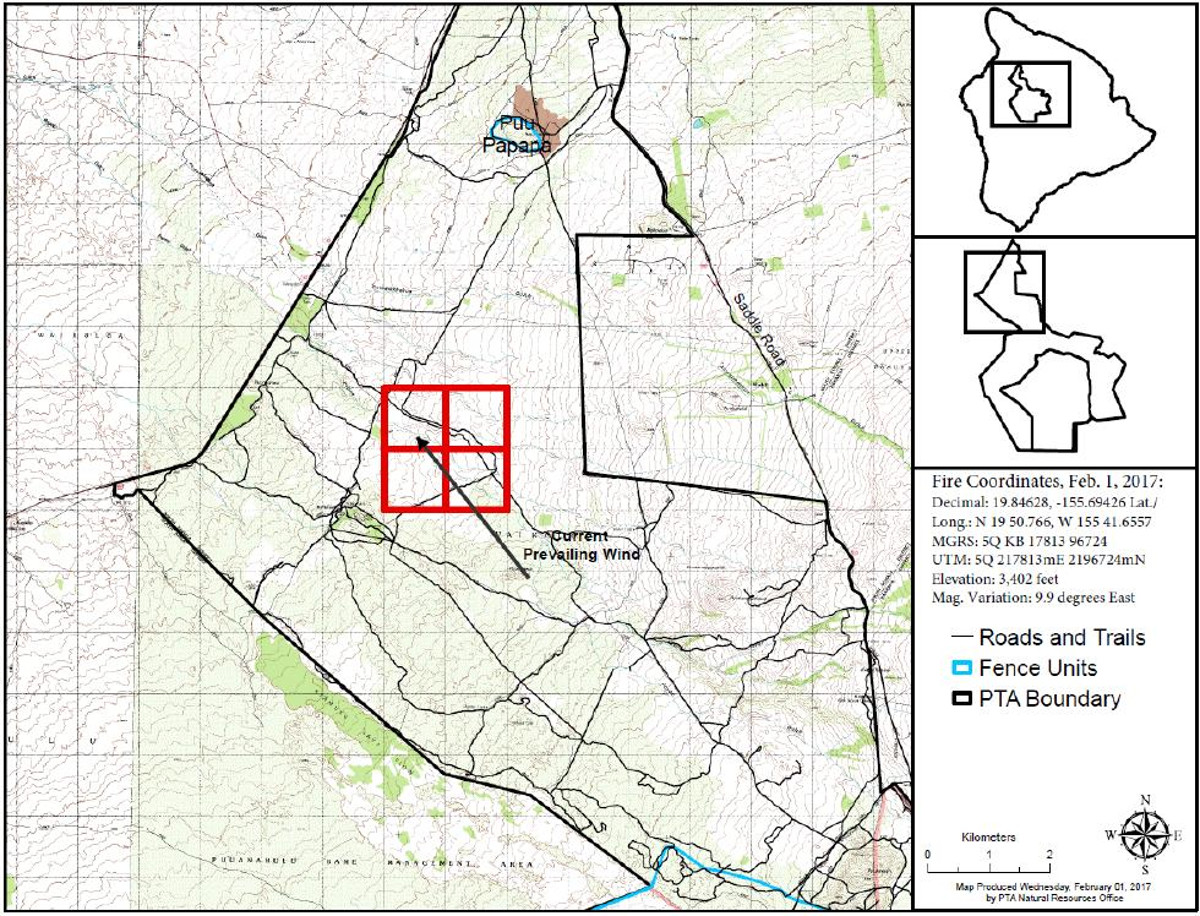 POHAKULOA TRAINING AREA (BIVN) - The 40-acre wildfire in the Keamuku Maneuver Area does not pose an immediate threat to any of PTA’s neighbors, officials say.

“The fire is burning in light flashy fuels mostly grass and does not pose a threat to any roadways or private property,” a Hawaii County Civil Defense message stated. “Fire activity is slow at this time but continues to produce lots of smoke.”

The blaze is located in the in Keamuku Maneuver Area, military officials say. The Pohakuloa Training Area’s Fire and Emergency Services mobilized to fight the wildland fire after it was reported at 6 a.m. on Wednesday morning.

“The Keamuku Maneuver Area (KMA) is the northernmost part of the Pohakuloa Training Area,” reports the US Army Garrison Hawaii. “The linear front of the fire spans approximately a half-mile and is about two miles from KMA’s nearest neighbor, the Waikii Ranch.”

According to Pohakuloa Fire Chief Eric Moller, the fire does not pose an immediate threat to any of PTA’s neighbors.

The cause of the fire is under investigation. Army officials say updates will be provided as new information becomes available.