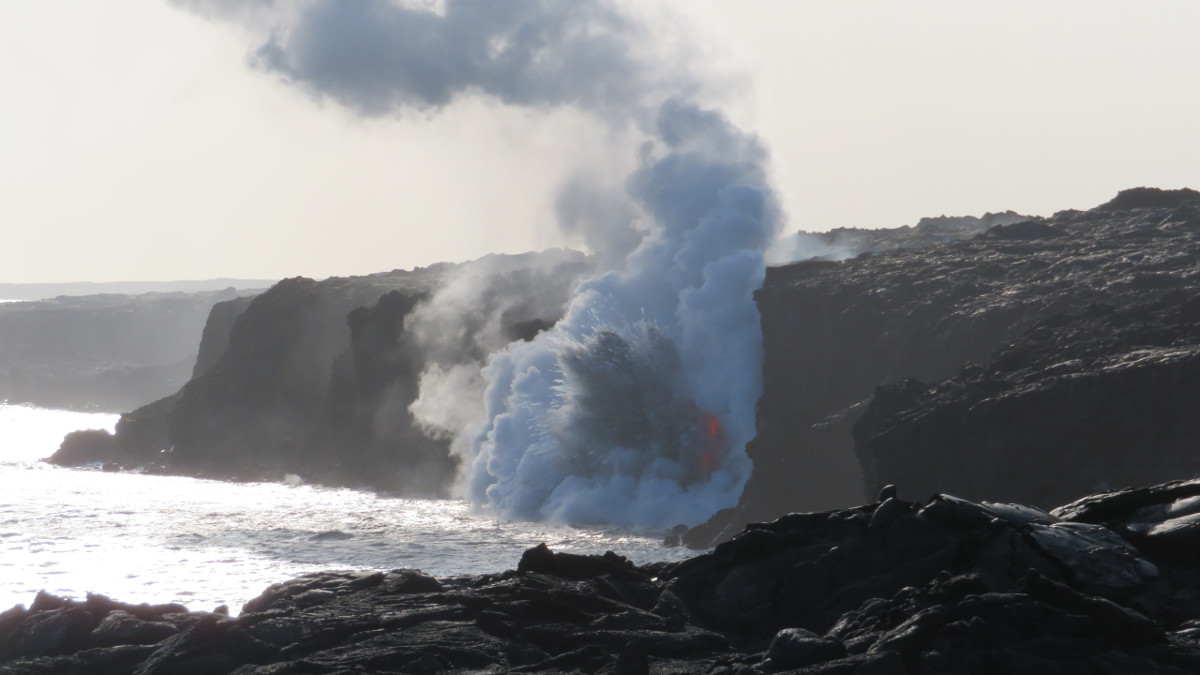 HAWAII VOLCANOES NATIONAL PARK (BIVN) - The shape of the lava stream pouring into the ocean has changed, while the hot crack in the cliff behind it has grown. 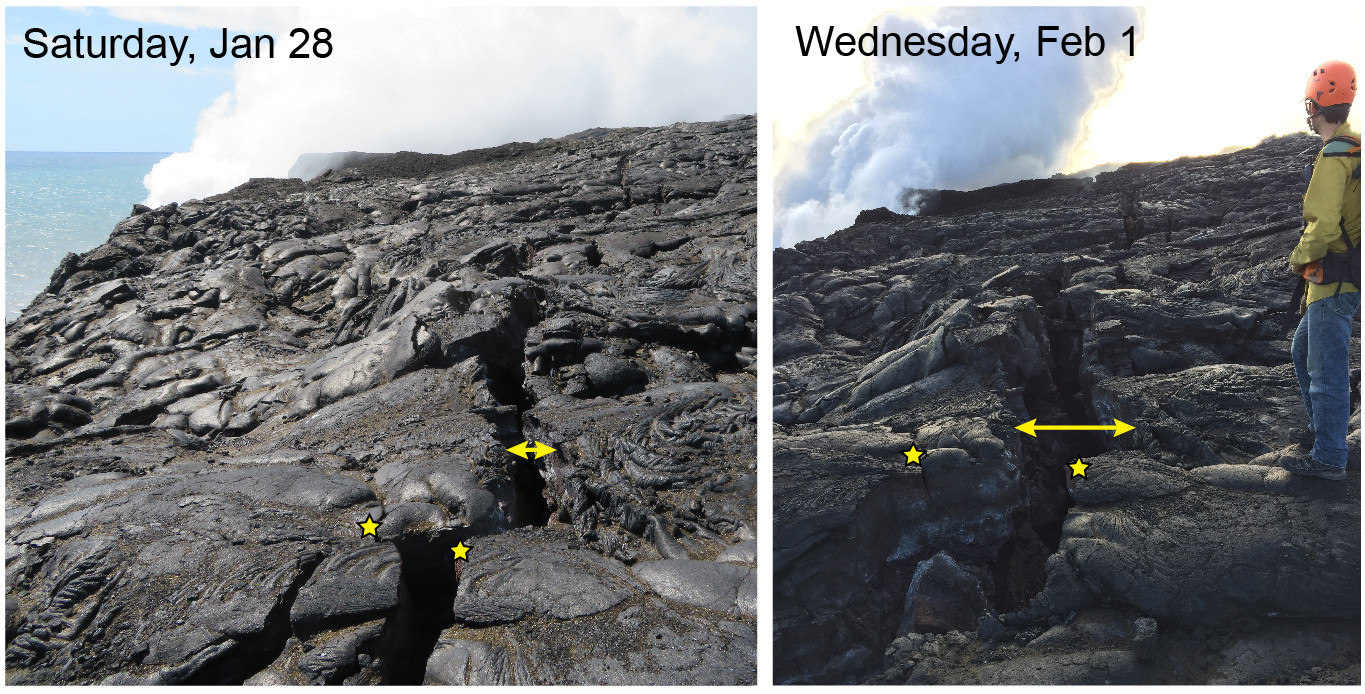 The hot crack has grown a foot and a half wider, scientists say. In this USGS image comparison, the yellow stars show corresponding points in the two images. The arrow also shows how much the crack has widened.

HAWAII VOLCANOES NATIONAL PARK – The hot crack behind the remarkable lava “fire hose” at the Kamokuna ocean entry has grown wider, signaling another collapse is imminent.

On Wednesday afternoon, scientists with the USGS Hawaiian Volcano Observatory revisited the hot crack about 16 to 33 ft. inland and east of the lava ocean entry inside the Hawaii Volcanoes National Park. The geologists discovered that the crack was now 2 and a half feet wide, more than double the 1 ft. width that they measured on Saturday afternoon.

In addition, the separating block was moving slightly. Grinding noises could also be heard coming from the crack, the scientists reported.

“These signs obviously suggest major instability in the sea cliff around the ocean entry,” the scientists wrote this morning, “and that block of sea cliff could collapse at any time. Sudden collapse of nearly 100 feet of sea cliff into the ocean would create a significant wave that would travel rapidly out to sea and along shore; shower the immediate area at the base of the cliff with blocks of lava and hot fragments; and possibly prompt more powerful explosions as the 61g lava tube was further exposed.” 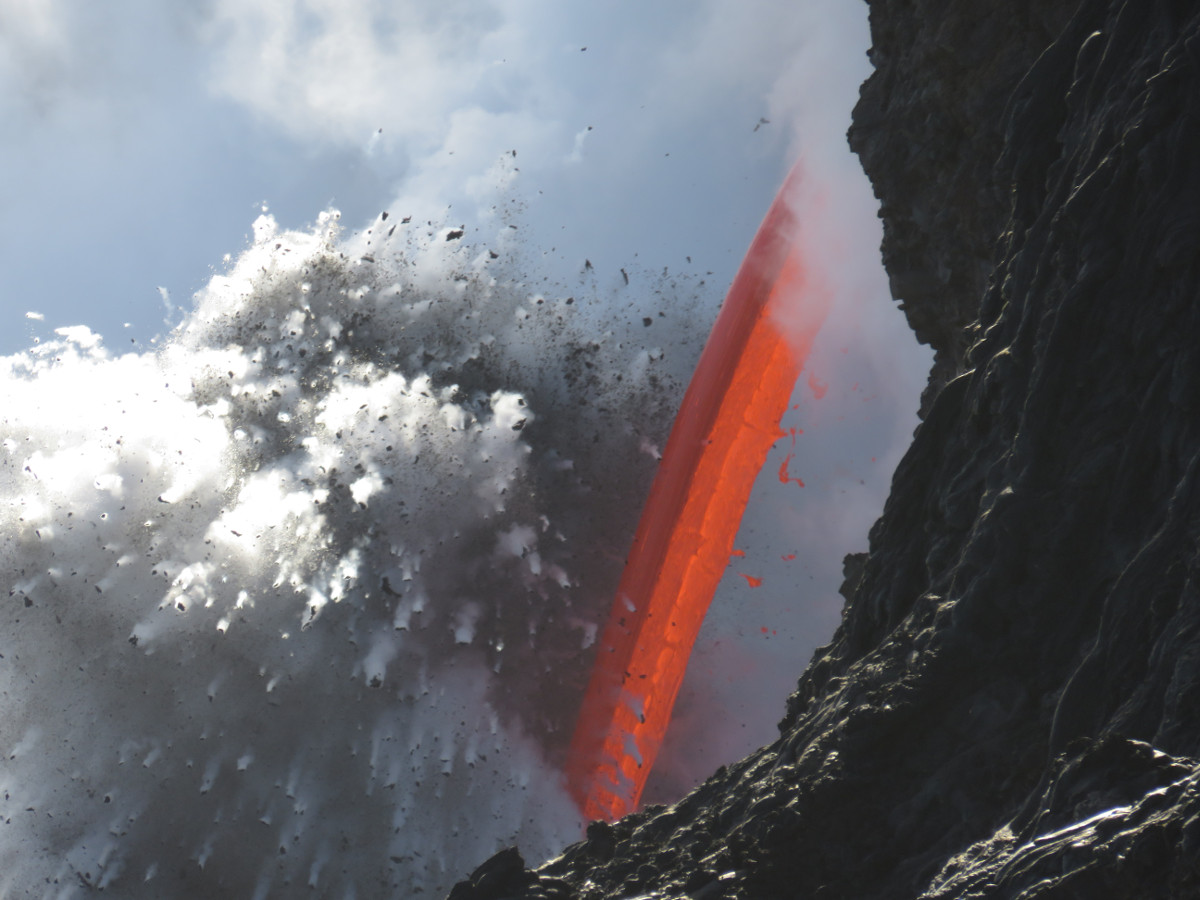 (USGS photo) Detailed views of the “firehose” flow streaming from the lava tube, spatter, and rock fragments were provided by zooming the telephoto lens in even closer.

The nature of the falling lava – dubbed the “fire hose” by many – has changed between Saturday, January 28 and Wednesday, February 1. The lava stream has become much more narrow. The fire hose appeared shortly after the New Year Eve delta collapse, when over 25-acres of land suddenly fell into the sea. 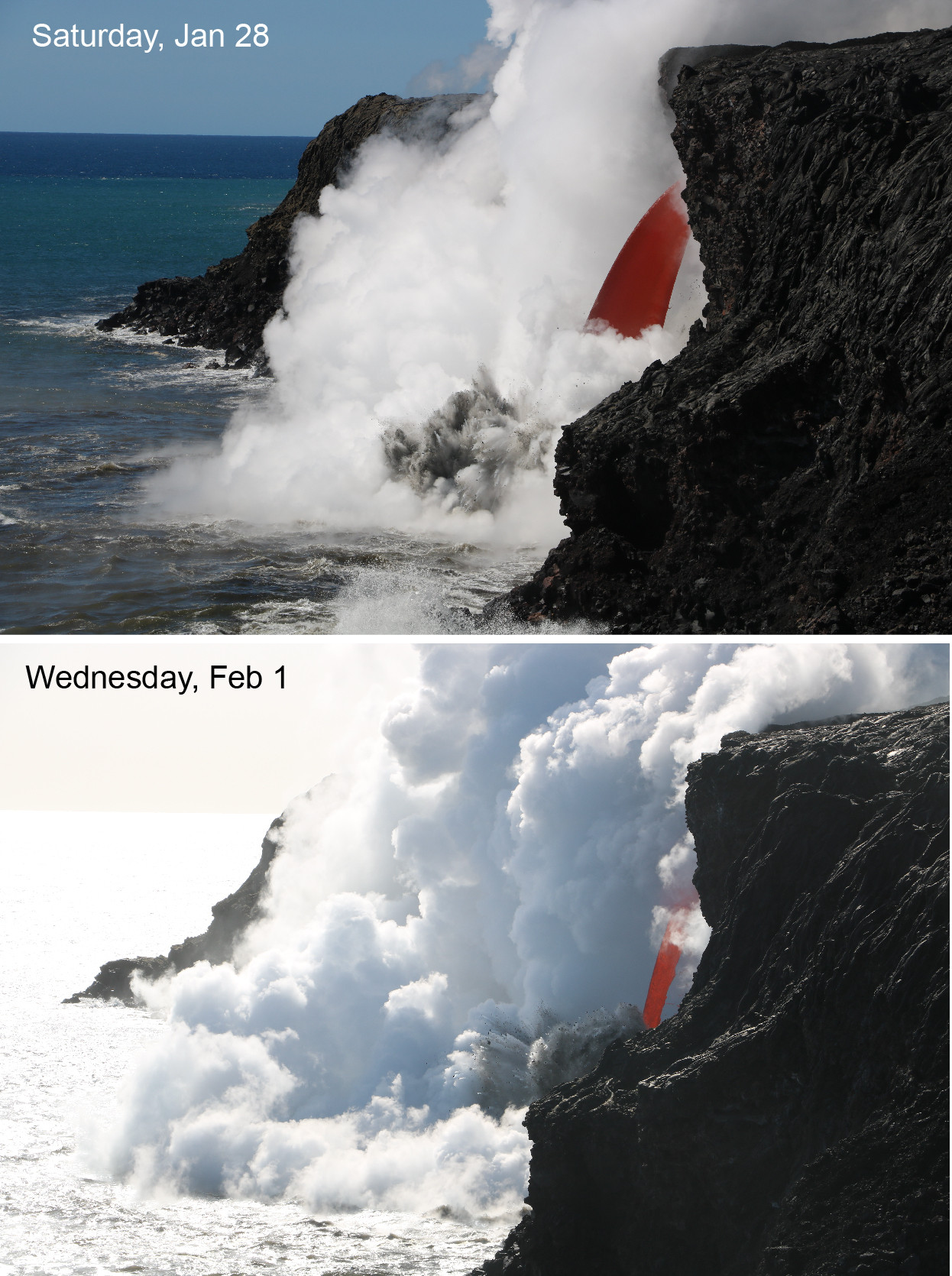