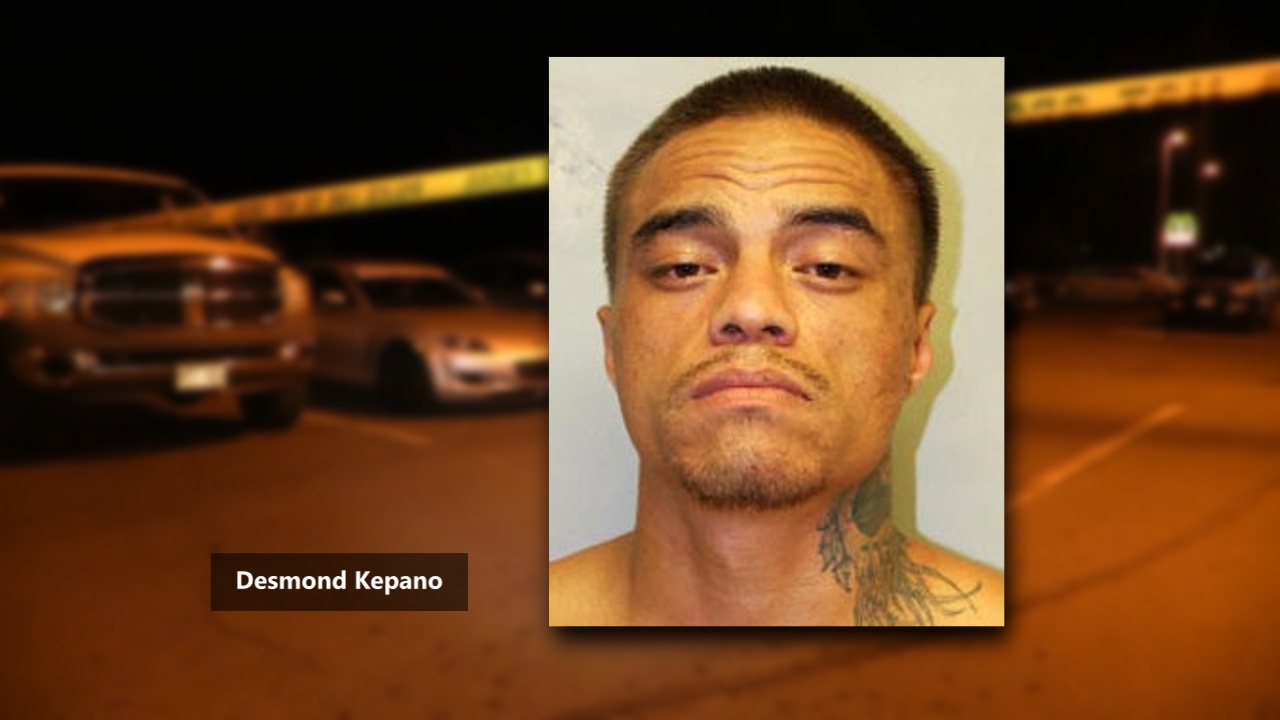 UPDATE (Feb. 9 at 6:30 p.m.) – Police have charged 29-year-old Desmond Lee K. Kepano, who was arrested early Tuesday for a shooting incident on Monday night in Hilo.

Police say Kepano, who has no permanent address, has been charged with “attempted second-degree murder, four counts of first-degree terroristic threatening, and one count each of resisting arrest and resisting an order to stop.”

HILO, Hawaii – A shooting incident reported Monday night (February 6) in the parking lot of the Puainako Town Center resulted in a police pursuit and an arrest of a man on suspicion of attempted murder.

No one was injured in the 10 p.m. shooting. Police – and witnesses, interviewed in the video above – say a man “fired several gunshots” at at the “group of young adults standing near their vehicles” in the Hilo-area parking lot, “resulting in two vehicles being struck multiple times.”

Four men—ranging in age from 18 to 19—and a 20-year-old woman were in close proximity to the vehicles the bullets struck, police say.

“He thought that our friends was eyeing him out,” said Noah Kua-Silva. “He started snapping at us, and yelling at us. Sure enough, he popped out a gun and starting shooting at our cars.”

“I’m assuming the guy was on drugs,” added Noah Surigao, who was in the passenger seat when his car was struck. One bullet hole was left in the top of the driver-side window.

The witnesses said he was a complete stranger.

Patrol officers from the South Hilo and Puna districts, nearing the end of their shift, combined to search for the suspect vehicle. The suspect was spotted 20 minutes after midnight in the Keaʻau area and a vehicle pursuit ensued. “The vehicle stopped,” police say, and “a woman and juvenile male got out and the car sped away.” The woman, 32-year-old Kanani U. Castro of Pāhoa, and a 17-year-old boy were taken into custody while the pursuit continued.

A half hour later, the driver abandoned his vehicle in the area of the old mill in Keaʻau, by the Christian Liberty Ministry, and he was taken into custody following a brief foot pursuit.

Kepano is being held at the Hilo police cellblock while the investigation continues. Castro and the juvenile, who were arrested on suspicion attempted murder, were later released without charges.

Police ask anyone with information about this case to contact Detective Tuckloy Aurello of the Area I Criminal Investigation Section at 961-2385 or tuckloy.aurello@hawaiicounty.gov or call the Police Department’s non-emergency line at 935-3311.