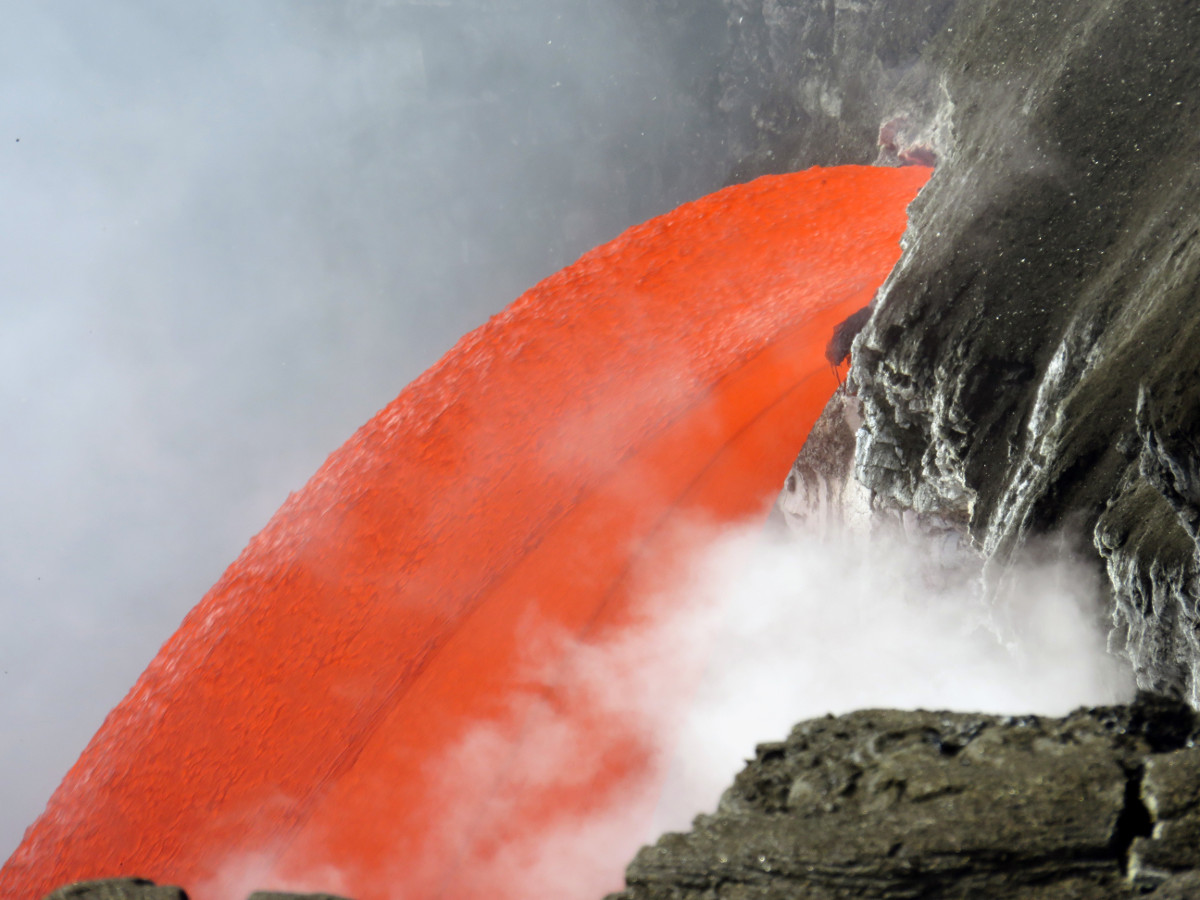 The viewing area is about one-half mile from the ocean entry, but affords excellent views of the lava flow, scientists with the USGS Hawaiian Volcano Observatory say. 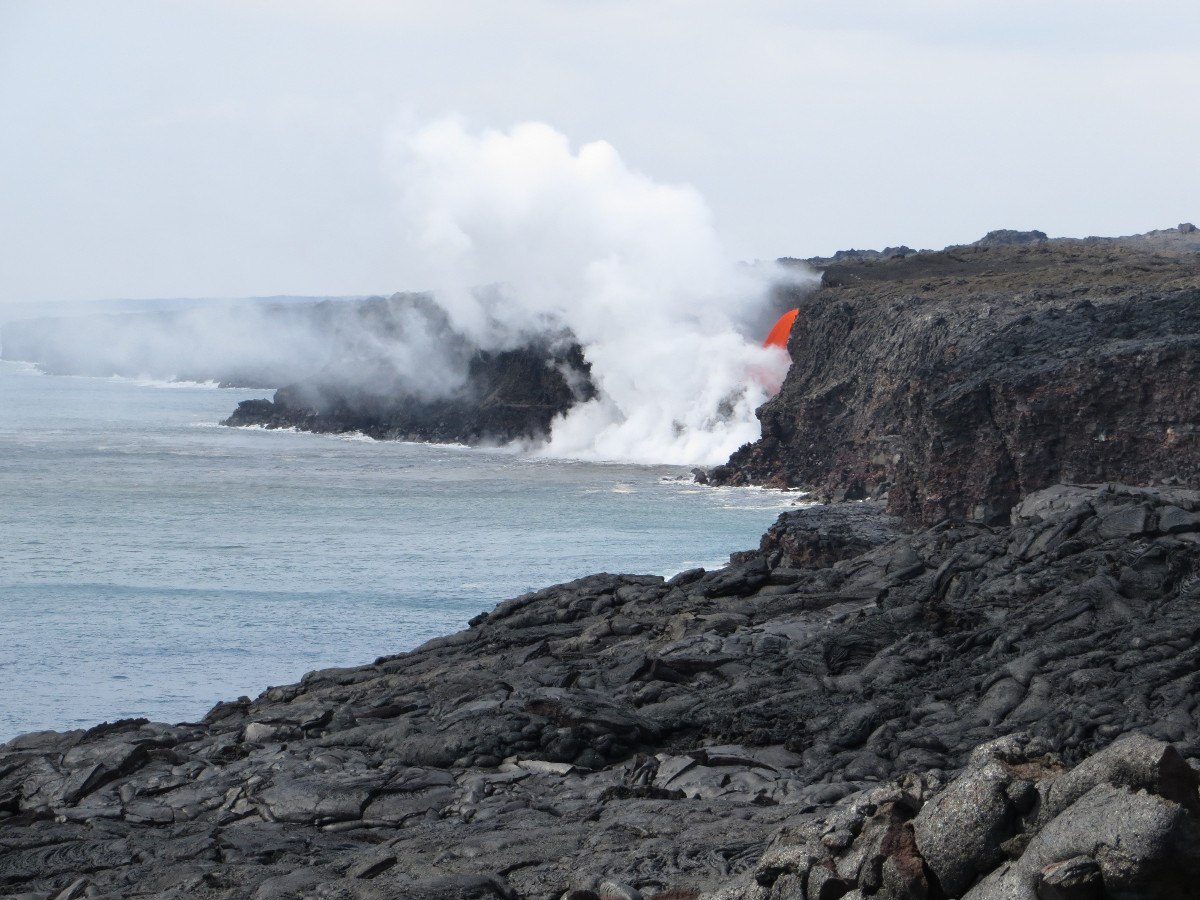 The USGS posted several photos showing the activity as seen from the viewing area; on the same day the United States Coast Guard announced it is “ramping up enforcement in response to a perceived increase in illegal charters operating in the area.” Visitors can get a closer look at the lava fire hose on board a tour boat, although the USCG identified two tour boats operating illegally out of Pohoiki Boat Ramp.

Scientists are constantly emphasizing the danger near the lava ocean entry.

“There are additional significant hazards besides walking on uneven surfaces and around unstable, extremely steep sea cliffs,” USGS posts in its daily eruption update. “Venturing too close to an ocean entry on land or the ocean exposes you to flying debris created by the explosive interaction between lava and water. Also, the new land created is unstable because it is built on unconsolidated lava fragments and sand. This loose material can easily be eroded away by surf, causing the new land to become unsupported and slide into the sea. In several instances, such collapses, once started, have also incorporated parts of the older sea cliff.”

A delta collapse occurred most recently on December 31. Further collapse of the sea cliff occurred on February 2.

“Additionally, the interaction of lava with the ocean creates a corrosive seawater plume laden with hydrochloric acid and fine volcanic particles that can irritate the skin, eyes, and lungs,” USGS wrote.

Wednesday photos included a look at some of the dangers on land. 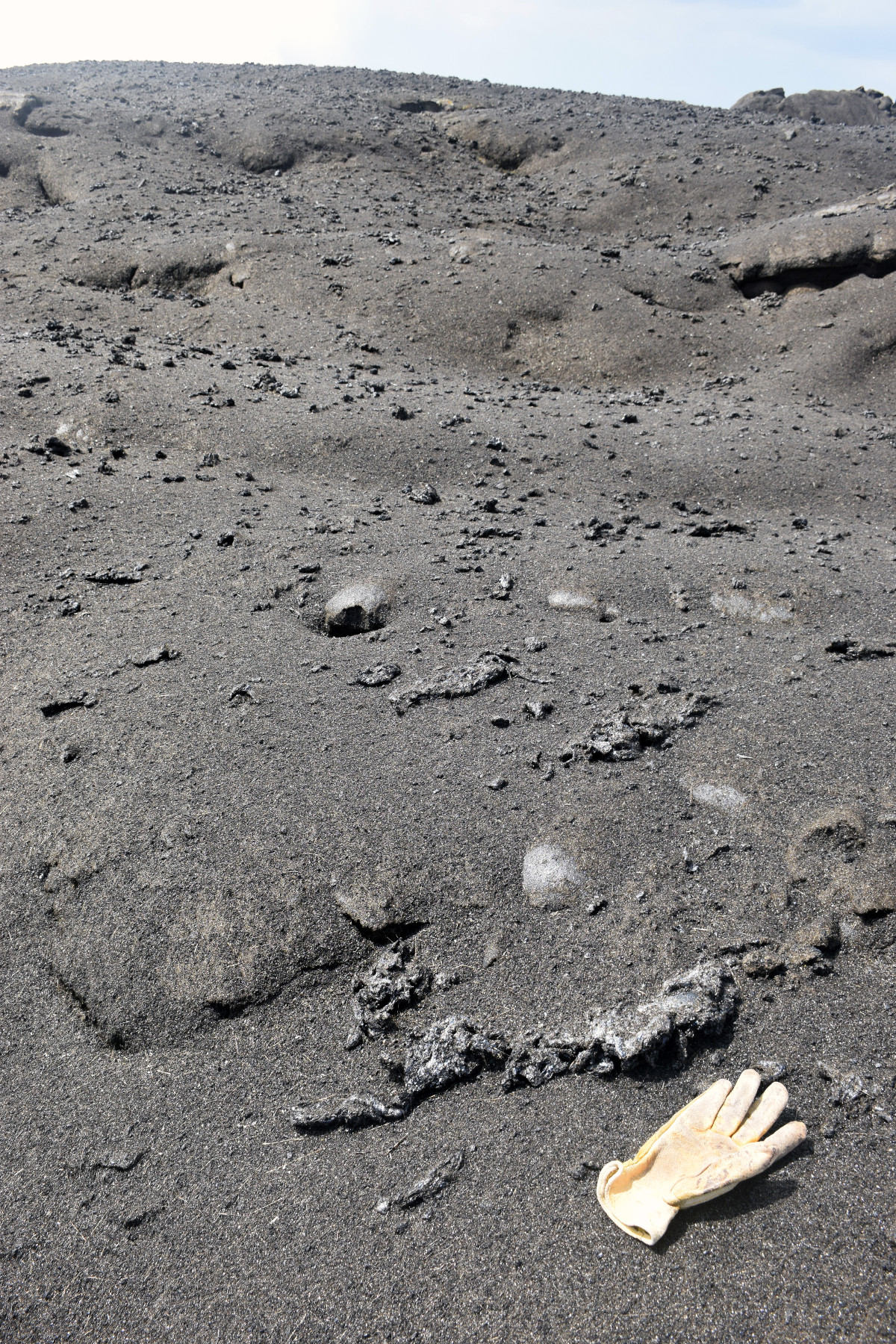 USGS photo: Explosive interactions between the lava and ocean can throw spatter high onto the cliff around the ocean entry. Spatter in photo is visible scattered across the sea cliff with a glove for scale. 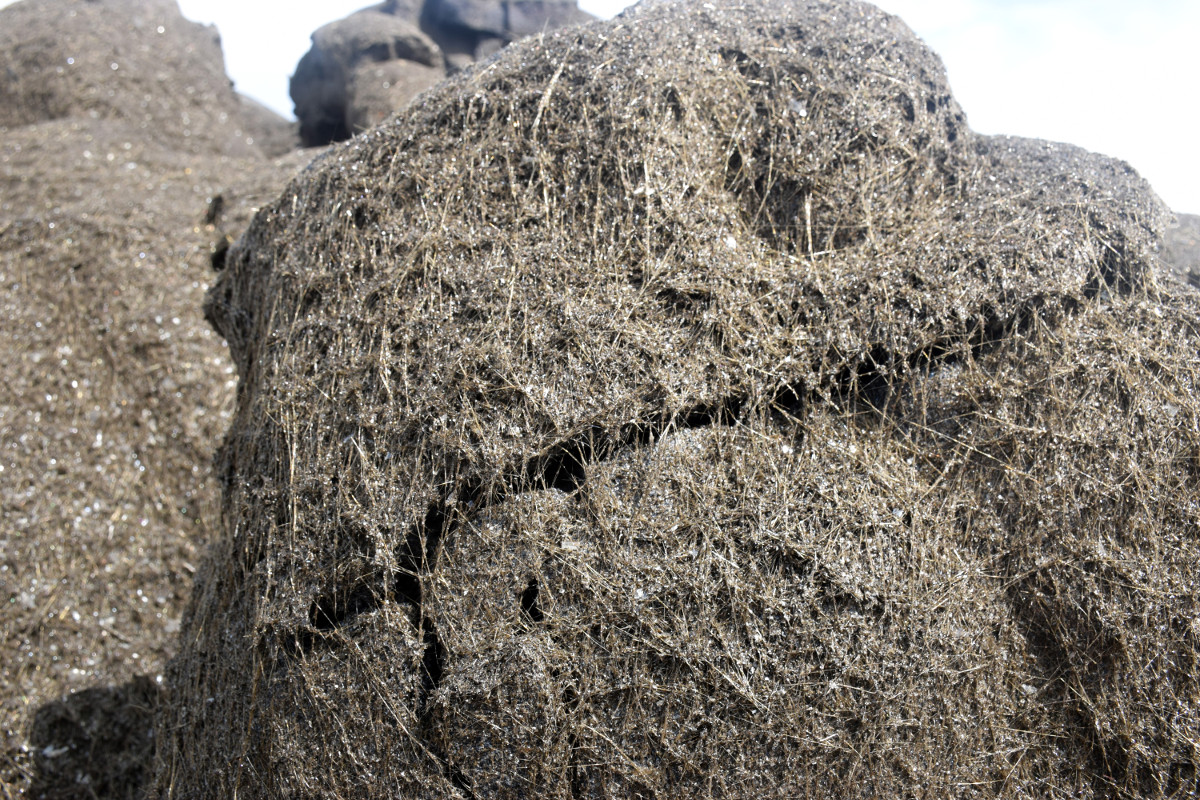 USGS photo: Close up view of the Pele’s hair and Limu o Pele that blankets the sea cliff around the Kamokuna ocean entry. The coverage is especially thick in the areas downwind of the ocean entry which may make it difficult to see all areas of extended cracks.