Tarson, who manages the popular Epic Lava Tours Facebook page, was by live streaming the lava “fire hose” at the Kamokuna ocean entry within Hawaii Volcanoes National Park when he noticed the activity off in the distance, where the steep cliffs meet the coastal plain. Tarson ended the video broadcast, grabbed his gear, and rushed towards the new breakout with excitement.

When he got there, Tarson recorded the fast moving channels of lava flowing downslope towards the ocean.

The breakout is part of the 61g flow erupting from the flank of Puʻu ʻŌʻō, upslope from the shore and miles away. The active vent is on the East Rift Zone of Kilauea volcano.

“If you want to see surface flow, NOW is the time,” declared Tarson. 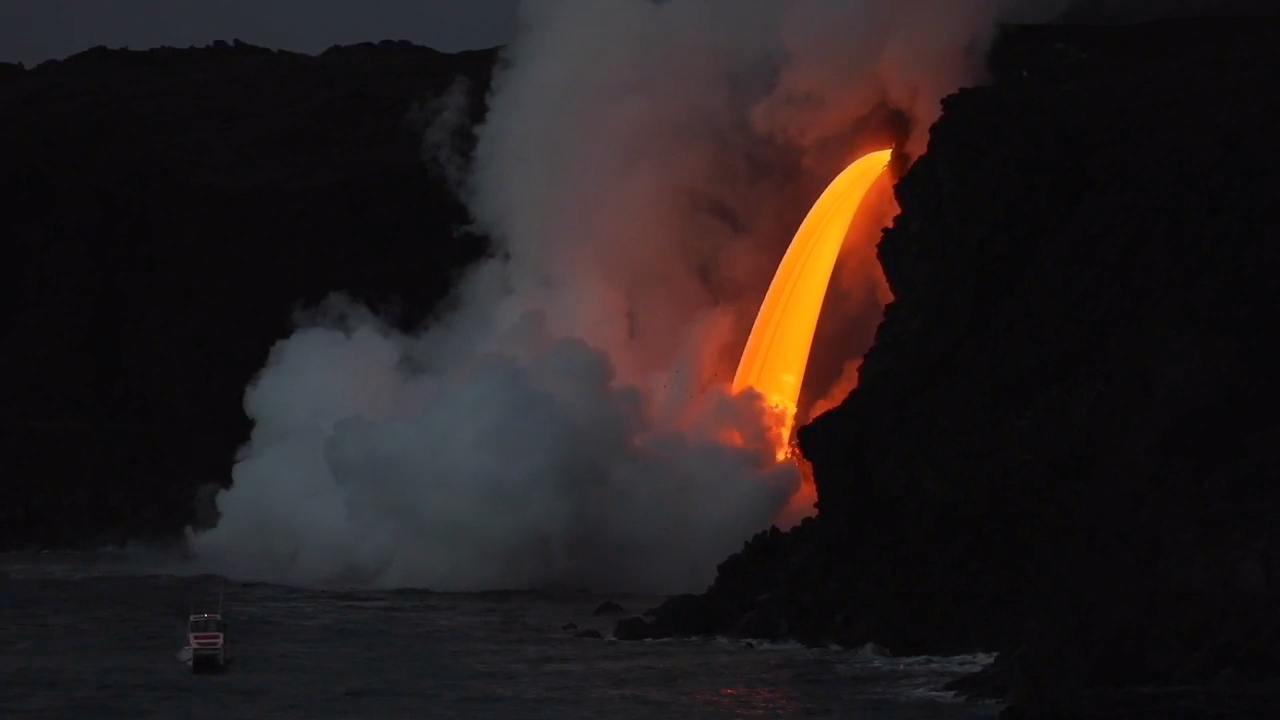 The lava fire hose, recorded by John Tarson, a short time before the tour guide noticed new activity on the flow field.