Video and story by Sherry Bracken, edited by David Corrigan

KEALAKEHE (BIVN) - The commission heard hours of testimony before making its decision, ending three years of debate on the Keauhou Aquifer. 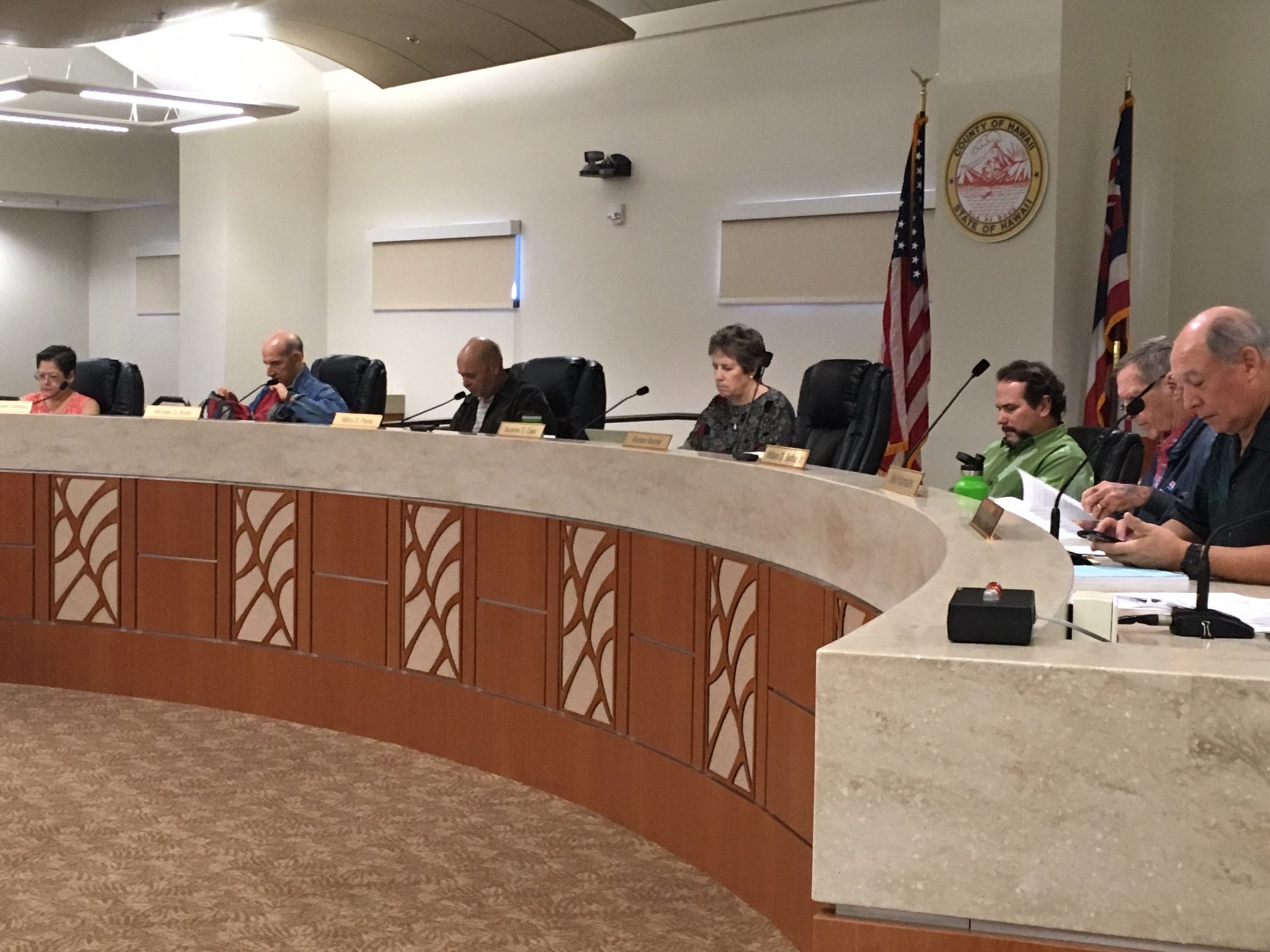 KEALAKEHE, Hawaii – It was standing room only Tuesday at the West Hawaii Civic Center for the meeting of the State Commission on Water Resource Management, as they voted to deny the National Park Service its request to take over managing part of West Hawaii’s water.

There were two agenda items: one on how the County Deprtment of Water Supply planned to mange the water supply of the Keauhou Aquifer, between Kealakekua and Kiholo, in the future. 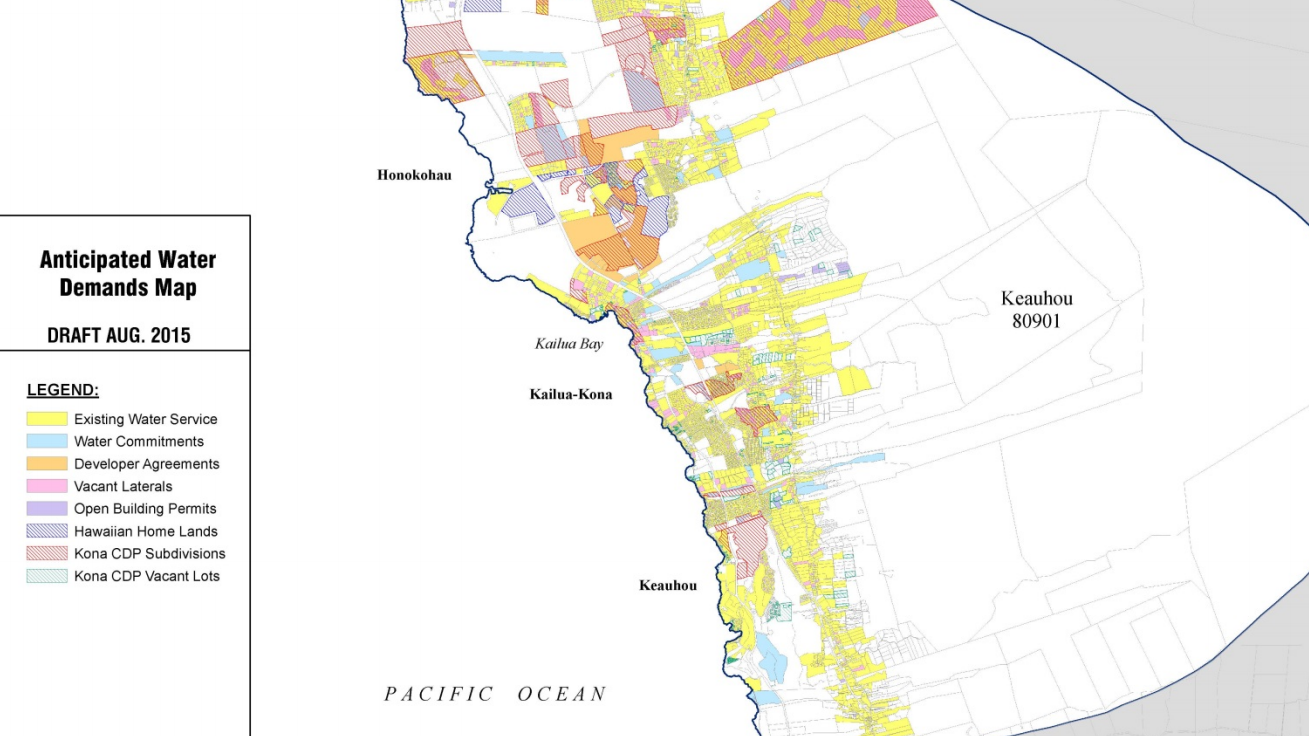 from the Hawaii County Department of Water Supply

The second agenda item was to decide on the request, submitted in 2013, by the Kaloko Honokohau National Park to have the state take over management of the Keauhou Aquifer groundwater.

They then asked State Water Commission staffer Roy Hardy to explain why the staff was recommending against the National Park’s request to designate the Keauhou Aquifer as a managed system.

The Kaloko Honokohau National Park team spent more than an hour rebutting the State Water Commission Staff Report. Their concern is that the water in the anchialine ponds may become inadequate or have too much salinity to support endangered species such as mullet and the damselfly.

In addition, the Commission heard more than two hours of public testimony. Many of those testifying in favor of the State taking over management of the water system cited concerns about access for Native Hawaiians for traditional and customary practices. There were also those concerned about preserving the water resource for future generations.

There were also numerous testifiers against the National Park’s petition. Hawaii County Mayor Harry Kim was one. Kim said he felt the staff recommendation was solid, and he wanted to see management left with the County.

Lili’uokalani Trust was concerned designation would diminish their capability to serve their beneficiaries, destitute or orphaned Hawaiian children. And there were other testifiers concerned about housing prices.

In the end, the seven Commissioners discussed the matter and voted six to one to deny the National Park Service’s request for designation. Commission Chair Suzanne Case said she appreciated the National Park’s bringing water management issues to the forefront. But she voted to deny their petition.

The one dissenting vote was from Hawaii Island Commissioner Kaumana Beamer.

For now, management of water in the Keauhou Aquifer will stay with Hawaii County Department of Water Supply. The State Commission on Water Resource Management will continue to oversee their work.