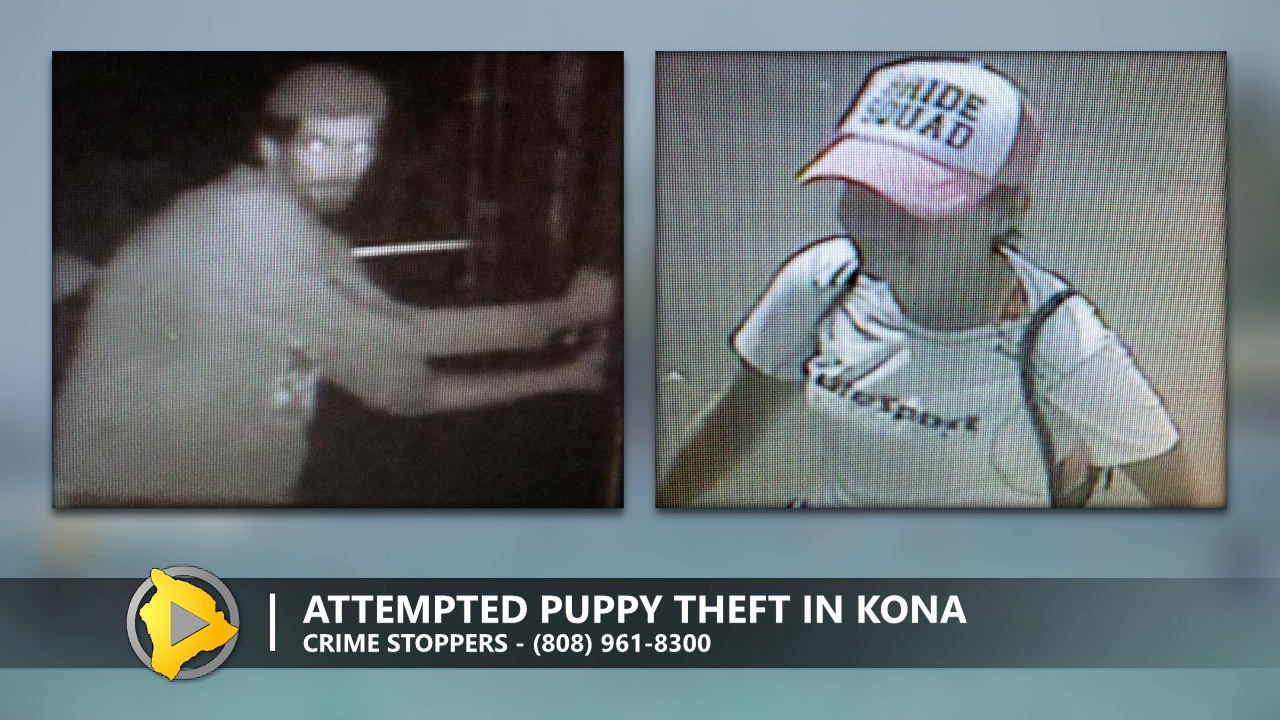 KAILUA-KONA, Hawaii – Police are reporting the attempted theft of a puppy at the Kona Humane Society.

The suspects were apparently caught on tape (images above) and now police are putting the word out in an attempt to find the alleged thieves.

At approximately 1:30 a.m. Friday, a pair of individuals broke open a gate securing the kennel area of the Kona Humane Society and removed a 1-year-old American Stratfordshire Terrier named “Cholo.” When employees arrived in the morning, they observed the damaged gate and found the puppy wandering the parking area distressed but otherwise unharmed.

The images of the two persons were captured on a closed-circuit television.

The man party is described as Hapa-Hawaiian, approximately 6 feet tall, 165 pounds and in his mid-20s. He was wearing a light-colored shirt with shorts and a backwards baseball cap.

The woman is described as Hapa-Hawaiian approximately 5-foot-7, 145 pounds and in her mid-20s with short-cropped hair. She was wearing a neon yellow sports bra, white tank-top, black athletic shorts and a neon pink baseball cap.

Police ask anyone with any information about this case to call the Police Department’s non-emergency line at 935-3311 or Officer Joshua Willing at 326-4646, extension 253.

Tipsters who prefer to remain anonymous may call the islandwide Crime Stoppers number at 961-8300 and may be eligible for a reward of up to $1,000. Crime Stoppers is a volunteer program run by ordinary citizens who want to keep their community safe. Crime Stoppers doesn’t record calls or subscribe to caller ID. All Crime Stoppers information is kept confidential.