HAWAII VOLCANOES NATIONAL PARK (BIVN) - The USGS posted a new map of the volcanic activity on the East Rift Zone of Kilauea volcano, on the same day a tour guide shares video of gushing surface breakouts. 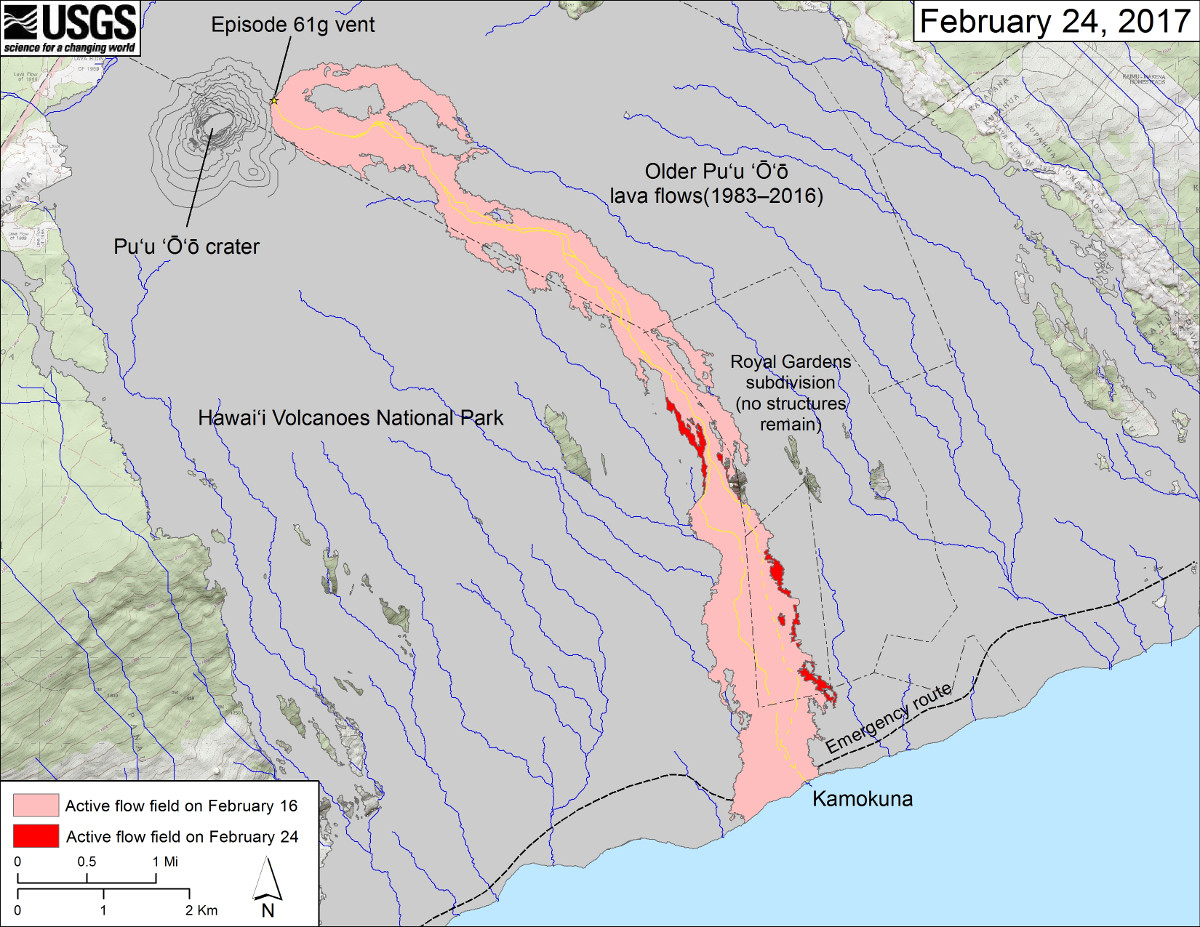 HAWAII VOLCANOES NATIONAL PARK – The episode 61g lava flow is still active on the pali, on the coastal plain, and at the Kamokuna ocean entry.

A new map was produced and released by the USGS Hawaiian Volcano Observatory today, on the same day John Tarson of Epic Lava Tours shared some new video of dramatic surface lava.

The 61g flow, which originates from a vent on the slope of Puʻu ʻŌʻō on the East Rift Zone of Kilauea volcano, hosts weak surface breakouts on the coastal plain less than half a mile upslope from the FEMA emergency road, scientists say.

The lava “firehose” continues to pour into the sea from the cliffs at Kamokuna, although reportedly with less vigor than has been previously observed.

Other surface flows are “streaming down the pali farther inland”, USGS reports. None of these flows pose a threat to nearby communities at this time.