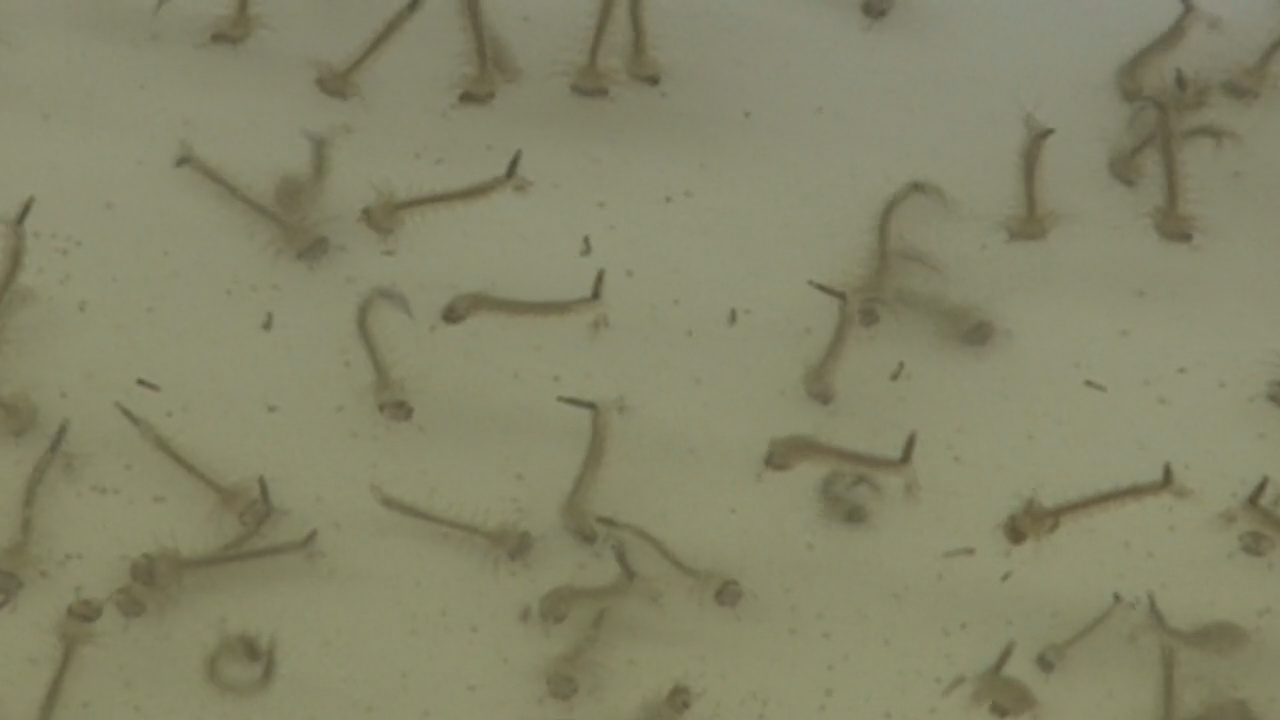 HAWAII – Officials are promoting an effort to develop a ‘birth control’ method used across the U.S. mainland to control mosquitoes in Hawai‘i.

Researchers from the University of Hawai‘i are teaming up with the DLNR Division of Forestry and Wildlife (DOFAW) and the U.S. Fish and Wildlife Service. Scientists from the UH Manoa and at UH-Hilo are using the “Incompatible Insect Technique” in order to adapt a “safe, targeted, and efficient mosquito control method”.

Officials hope the efforts will reduce the population of the disease-carrying mosquitoes that harm native birds in Hawai‘i.

Incompatible Insect Technique “acts like a birth control method for mosquitoes and it has already been adopted and proven successful around the country and the world to protect human health and quality of life,” Hawaii DLNR says. A similar method has been used in Hawai‘i for decades to control fruit fly pests.

In a video news release filmed and distributed by the Hawaii DLNR, Dr. Floyd Reed was interviewed in the lab, surrounded by mosquito larvae.

We have culex mosquitoes that we are raising. We are trying to clear a bacteria that lives inside of the mosquitoes, symbiotic bacteria, and replace it with another one from fruit flies. If everything works correctly, then it makes (the mosquitoes) incompatible. So they can’t have offspring that can survive. This is a way to suppress the wild population of mosquitoes. So we are doing this with antibiotics, with culex mosquitoes that spread avian malaria, and microinjection of the new bacteria into these mosquitoes.”

Mosquitoes arrived in Hawai‘i accidentally in the 1800s, DLNR says, and are one reason why about two dozen species of Hawai‘i’s remaining native birds are threatened or on the brink of extinction.

Most of Hawai‘i’s native birds survive at higher elevations where it’s too cold for mosquitoes. But DLNR says as the climate changes, mosquitoes are moving up hill and bringing disease with them.

Out of the 6 types of mosquitoes found in Hawai‘i, only one harms native birds: Culex quinquefasciatus.

We don’t want to bring in mosquitoes from outside Hawaii. We don’t want to introduce new genetic variation. These mosquitoes are not native. They were accidentally introduced to Hawaii. We don’t want to introduce anything new. We have collected these here on Oahu to try and modify them with the bacteria. The bacteria that we are injecting is already here in Hawaii. So, we are not bringing anything new here as well. Culex mosquito (as a) vector, spread avian malaria. Avian malaria is not the only problem for the native Hawaiian birds, the Hawaiian honeycreepers, but it’s a big one. It’s wiping out species, and there will be more species that go extinct in the next few years if we can’t do anything to stop it.”

DLNR says scientists and conservationists are working together to use a bacteria that is naturally-occurring in Hawai‘i fruit flies called Wolbachia. Researchers are giving the male mosquitoes a different strain of Wolbachia to prevent them from producing offspring. “To reproduce, most mosquitoes carry a type of this Wolbachia in their system,” DLNR says. “When male mosquitoes with the different strain of Wolbachia try to mate with females, there are no offspring.”

In the DLNR video release, Dr. Floyd demonstrated the process at his work station, which involved several pans of writhing mosquito larvae.

So here is some culex larva. Mosquito larva. These have been exposed to tetracycline to try and clear out the Wolbachia bacteria that normally infects them. Here is slightly older larva. They are larger down here. And these are even older larva that are starting to form pupa. So I call them tumblers. The pupa they will close into adult very soon. So we can catch them and put them into containers and into the cages. They will become adult mosquitoes. We are going to try and inject larva with Wolbachia. So over here there is a lot more larva in this tray. These are the ones that have not been exposed to tetracycline that have their own endogenous Wolbachia; their own bacteria. So we are going to try and cross these together as adults and see if this stops them from producing offspring. The generation time for these mosquitoes is about three weeks. This is the first generation that made it through the tetracycline treatment. The antibiotics. We are going to make sure that these are stable before we can raise them in the lab. Another generation will be another three weeks. And then we’ll start injections of the fruit fly Wolbachia. A couple months from now, hopefully, we’ll have the results that can be used.”

The Aedes albopictus and Aedes aegypti mosquitoes – the ones that are known to spread zika and dengue fever harmful to humans – are also found on Hawai‘i Island, but the study does not involve those species.

Suzanne Case, DLNR Chair said, “Controlling mosquito populations will greatly benefit our endangered native birds. Mosquitoes have only been here for about 200 years, and our native wildlife has evolved without them over millions of years. While some native species may eat small amounts of mosquitoes, there are no species that depend on them, as even bats are documented to prefer larger prey. Reducing mosquitoes is good for nature and people in Hawai‘i.”