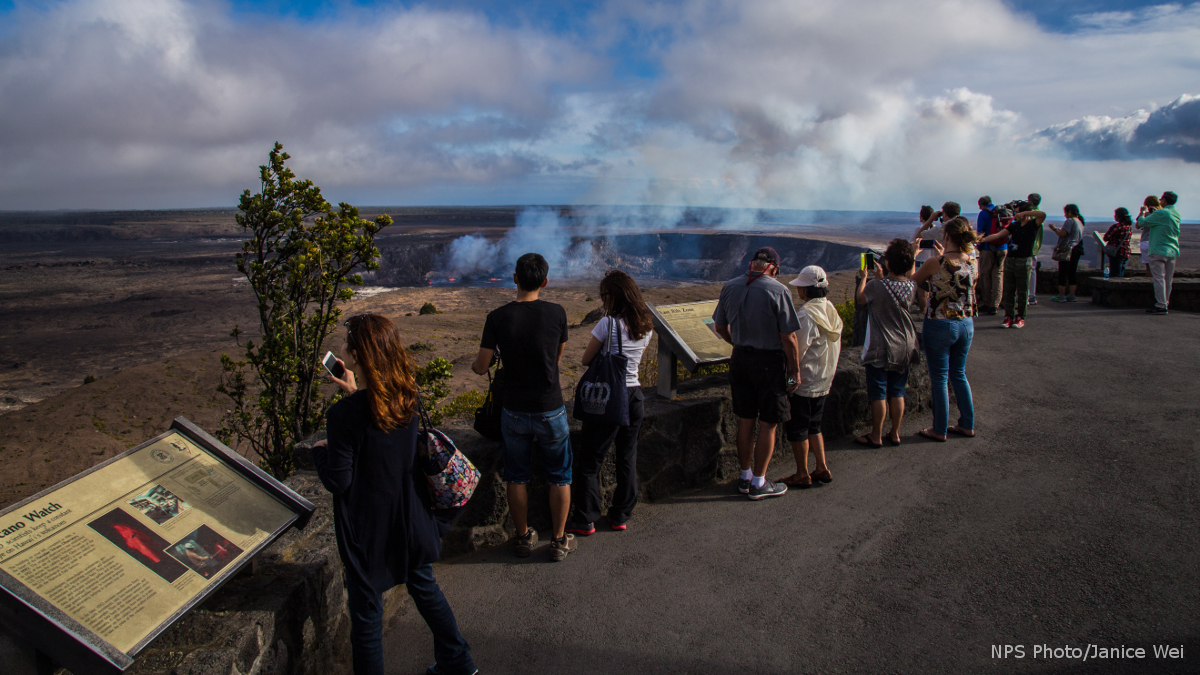 HAWAII VOLCANOES NATIONAL PARK – A tour group was caught in closed area near Hawaii’s active Kilauea volcano, and now the tour guide in charge of the visit faces a possible penalty.

Hawai‘i Volcanoes National Park reported today that a tour guide based in France was leading a group of 13 people and was caught early Monday morning “sneaking” into the closed area at Halema‘uma‘u.

National Park Service law enforcement officers “spotted the group just after midnight, and issued citations for violating the terms of the closure to all 14 people”, the National Park Service says. “The tour guide was issued additional citations for operating a non-permitted business in the park and creating a hazardous condition. All 14 were escorted out of the park.”

Officials say “the 44-year-old male tour guide, affiliated with the French tour company Adventure et Volcans, must make a mandatory court appearance and faces a maximum penalty of $5,000 and six months in jail. His name is being withheld as the investigation continues.”

The violation of closure citations are $100 each, with a $30 processing fee, park officials say.

“This is a serious violation,” said Chief Ranger John Broward. “Areas surrounding Halema‘uma‘u Crater are closed because of extremely hazardous volcanic conditions that include high concentrations of toxic gases and particulates, ongoing volcanic explosions and frequent collapses of the crater walls,” he said.

This was not the first citation given by park law enforcement. Since July 2016, rangers have issued 35 citations for closure violations at Halema‘uma‘u, and nearly 100 citations at Kamokuna, the active lava ocean entry miles away from the summit.

Halema‘uma‘u Crater is a 4.7-mile section of Crater Rim Drive. Sections of the Halema‘uma‘u and Crater Rim trails have been closed since the most recent summit eruption began in 2008. Explosions from Halema‘uma‘u can occur anytime, without warning.

“Visitors need to be aware that, while much of the attention lately has been on the hazards of the 61g ocean entry at Kamokuna, the park staff remains very concerned about the ongoing hazards in the vicinity of Halema‘uma‘u,” Chief Ranger Broward said. “Rangers will continue to monitor and take appropriate action to reduce the occurrence of risky behavior in both areas.”