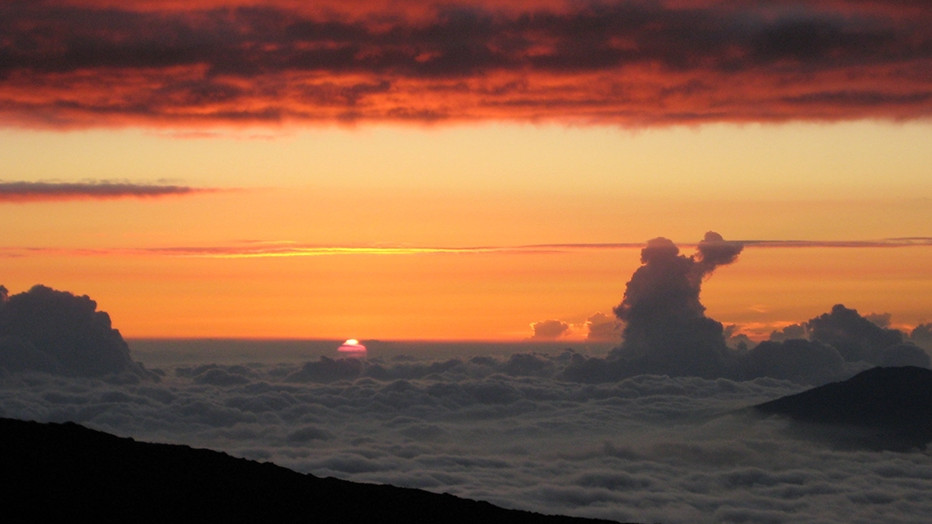 Carbon dioxide (CO2) in the Earth’s atmosphere increased by 3 parts per million in 2016, rising the overall average amount to 405.1 parts per million (ppm). Scientists say the increase that matched the record jump observed in 2015.

Carbon dioxide is one of several gases that are primarily responsible for trapping heat in the atmosphere, known as the “greenhouse effect”.

According to NOAA: The two-year, 6-ppm surge in the greenhouse gas between 2015 and 2017 is unprecedented in the observatory’s 59-year record. And, it was a record fifth consecutive year that carbon dioxide (CO2) rose by 2 ppm or greater, said Pieter Tans, lead scientist of NOAA’s Global Greenhouse Gas Reference Network. 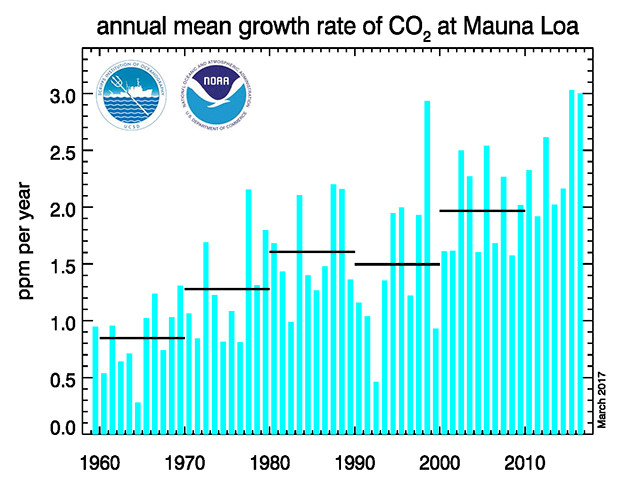 “The rate of CO2 growth over the last decade is 100 to 200 times faster than what the Earth experienced during the transition from the last Ice Age,” Tans said.

Atmospheric CO2 averaged about 280 ppm between about 10,000 years ago and the start of the Industrial Revolution around 1760, NOAA says.

NOAA has measured CO2 on site at the Mauna Loa observatory since 1974. To ensure accuracy, air samples from the mountaintop research site in Hawaii are shipped to NOAA’s Earth System Research Laboratory in Boulder, Colorado, for verification. The Scripps Institution of Oceanography, which first began sampling CO2 at Mauna Loa in 1956, also takes independent measurements onsite.

Emissions from fossil-fuel consumption have remained at historically high levels since 2011 and are the primary reason atmospheric CO2 levels are increasing at a dramatic rate, Tans said. This high growth rate of CO2 is also being observed at some 40 other sites in NOAA’s Global Greenhouse Gas Reference Network.

NOAA says Mauna Loa Observatory (MLO) is a premier atmospheric research facility that has been continuously monitoring and collecting data related to atmospheric change since the 1950’s. Although it is the world’s largest active volcano, the mountain nonetheless hosts undisturbed air, a remote location, with minimal influence from vegetation and human activity. It is ideal for monitoring constituents in the atmosphere that can cause climate change, NOAA says.