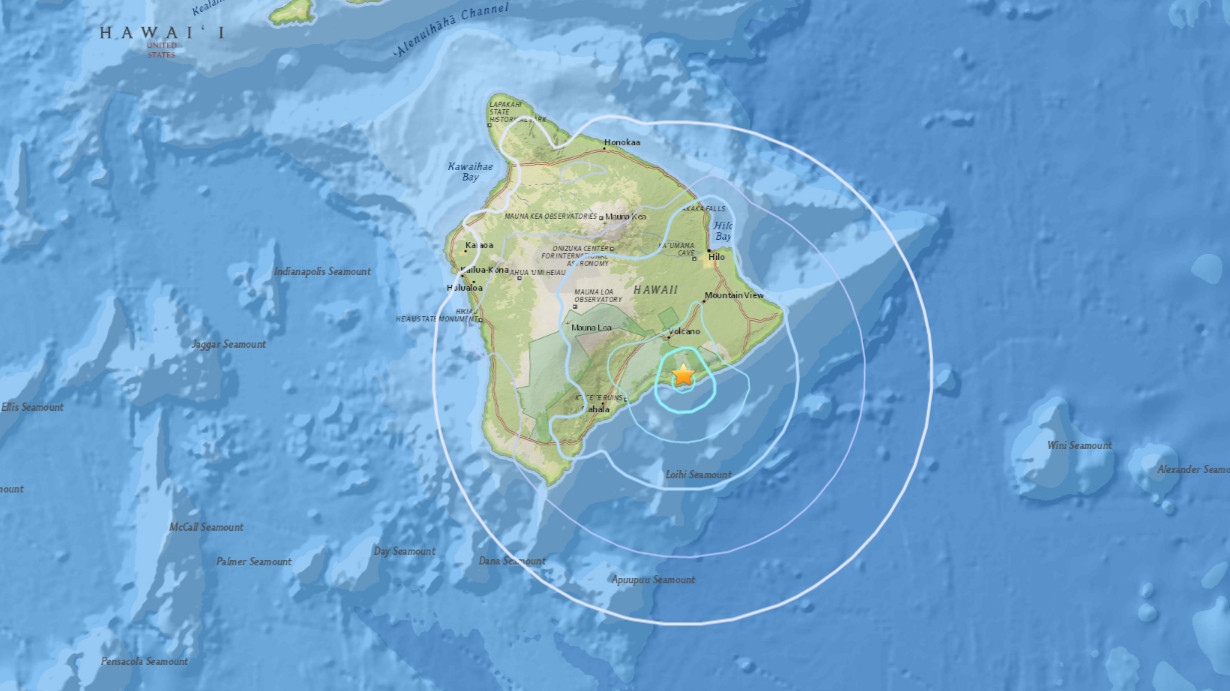 If the earthquake was strongly felt in your area, emergency officials say you should check around your home for any damages, especially to utility connections of gas, water and power for any damages.


UPDATE – The earthquake measured beneath Kīlauea Volcano’s south flank on Thursday was upgraded to a magnitude-4.4.

Hawii County Civil Defense issued an alert message on the quake, reporting the temblor was not large enough to cause a tsunami for the island or state of Hawai’i.

The 4.3 earthquake occurred at approximately 10:27 a.m. Thursday, and preliminary data shows the quake was centered in the vicinity of Hilina Pali in the Hawai’i Volcanoes National Park.

“As in all earthquakes, be aware of the possibilities of aftershocks,” Hawaii County Civil Defense stated in a message. “If the earthquake was strongly felt in your area, precautionary checks should be made for any damages, especially to utility connections of gas, water and power.”

UPDATE – The USGS Hawaiian Volcano Observatory says its “Did you feel it?” website received 175 felt reports within the first hour of the earthquake. The maximum intensity of shaking reported by Island of Hawaiʻi residents was III on the Mercalli Intensity Scale, indicating weak shaking.

According to HVO Scientist-in-Charge Christina Neal, the earthquake had no apparent effect on Kīlauea Volcano’s ongoing eruptions. “HVO monitoring networks have not detected any significant changes in activity at the summit or along the rift zones of Kīlauea or at other Hawaiian volcanoes resulting from the earthquake,” Neal reported in a media release.

“Kīlauea’s south flank has been the site of 29 earthquakes of magnitude-4.0 or greater during the past 25 years,” the Hawaiian Volcano Observatory included. “Most are caused by abrupt motion of the volcano’s south flank, which moves to the southeast over the oceanic crust as a result of magma being injected into the East Rift Zone. The location, depth, and waveforms recorded as part of today’s earthquake are all consistent with slip along or above this south flank fault.”