KEAUKAHA (BIVN) - After a brief stay at Palekai in Keaukaha, the voyaging canoe begins its Pacific trek. Kalani Kahalioumi talks about the latest leg of the journey. 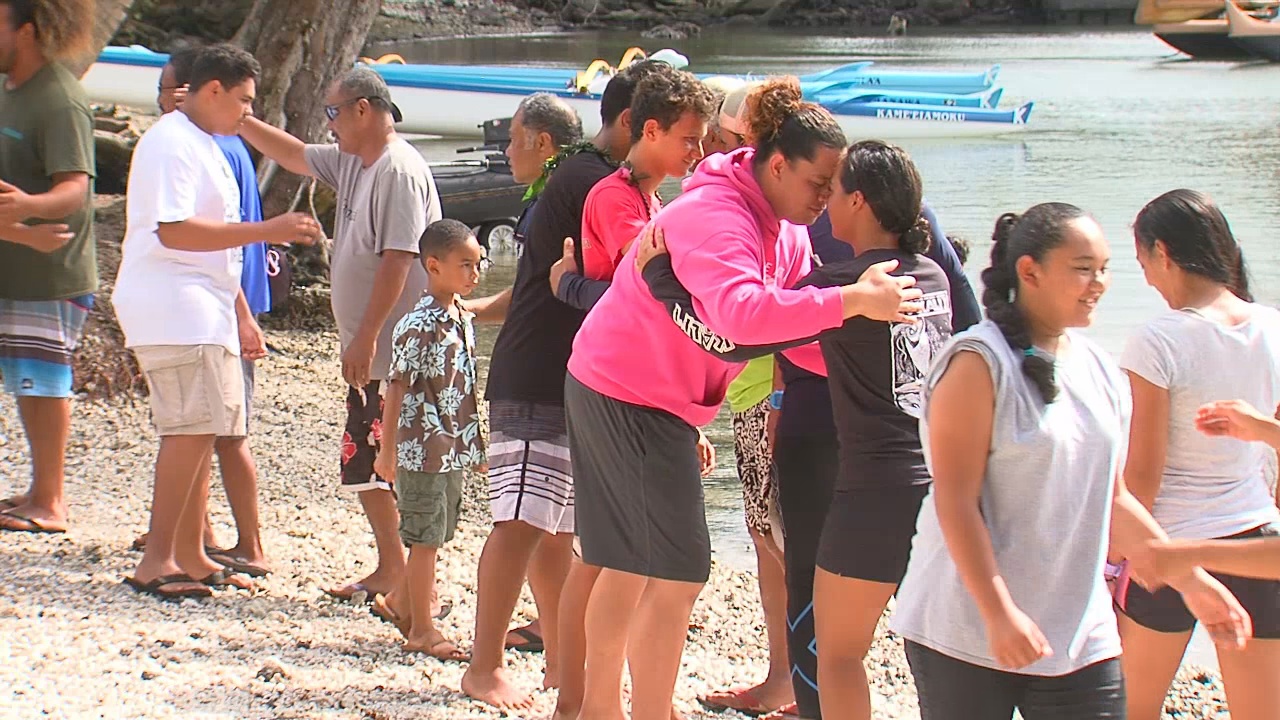 The Keaukaha community bids the Hikianalia crew aloha on Friday, March 24, on the shores of Palekai.

KEAUKAHA, Hawaii – Hikianalia is off to Tahiti. The sister voyaging canoe of the iconic Hōkūleʻa departed Palekai in Keaukaha on Sunday.

“When we sail, we don’t sail for ourselves,” Kahalioumi said. “I sail for my community, the community that I live in. I sail for my family.” 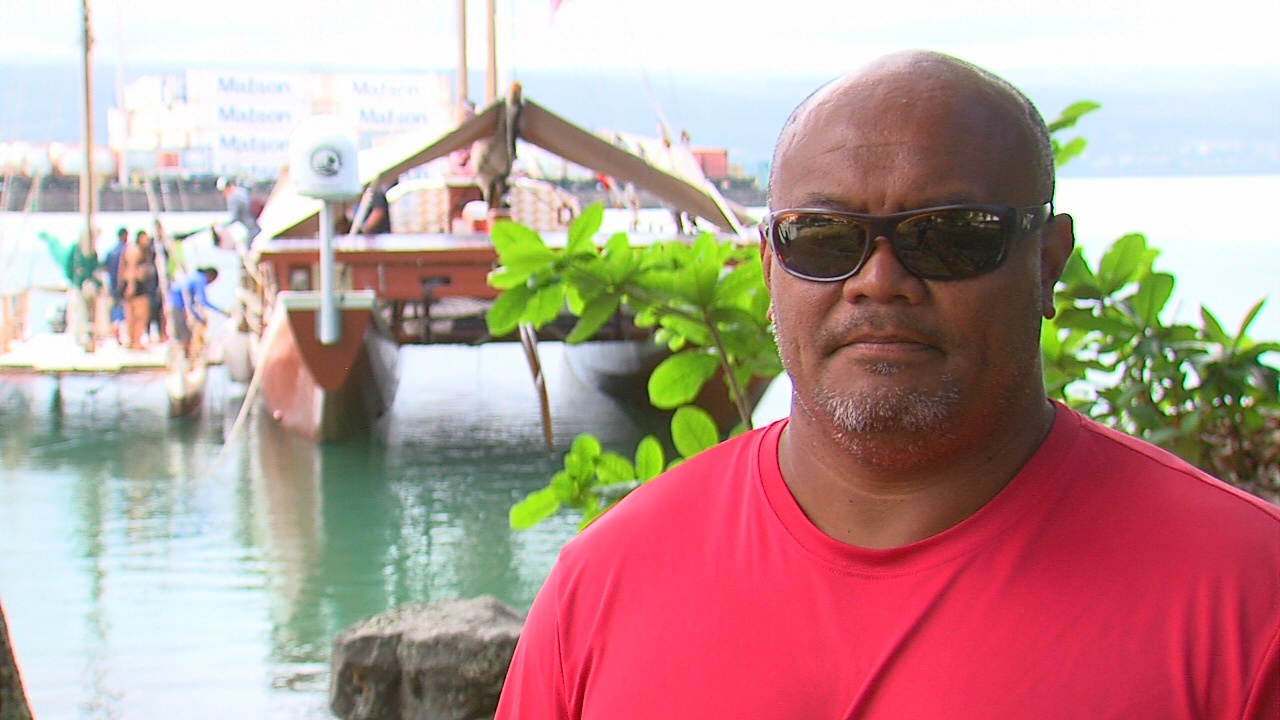 Kahalioumi said its the second to last stop of the worldwide Malama Honua voyage, set to conclude in June 2017, which, in the end, will have covered over 60,000 nautical miles, 150 ports, and 23 countries and territories, including 12 of UNESCO’s Marine World Heritage sites.

“The voyage seeks to engage all of Island Earth – practicing how to live sustainably while sharing Polynesian culture, learning from the past and from each other, creating global relationships, and discovering the wonders of the precious place we call home,” writes the Polynesian Voyaging Society, the organization behind the Hōkūleʻa / Hikianalia journeys.

The history of Hōkūleʻa – the replica of an ancient Polynesian voyaging canoe, built 40 years ago, revitalizing voyaging and navigation traditions throughout the Pacific – is also being shared on this journey to inspire other indigenous cultures, the PVS says. 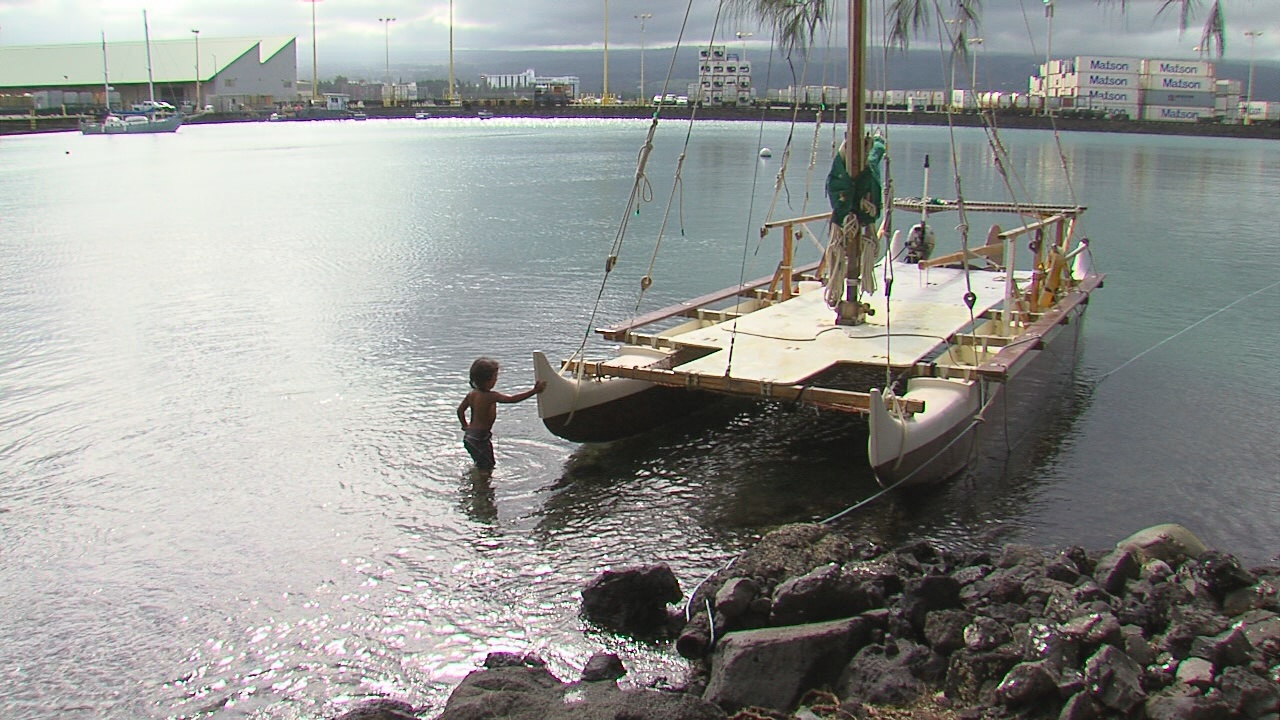 A child touches the canoe used to ferry provisions from the shore to Hikianalia.

“Most especially I sail for what those 12 individuals on the 1976 voyage did,” Kahalioumi added. “In 1976, a bunch of Hawaiian got together and they wanted to build a Hawaiian canoe. The scientists told them they couldn’t. They would fail. They couldn’t find Tahiti. But you know what? these individuals stick to their plan, they built the Hawaiian canoe, they found Papa Mau, and they found Tahiti. Today we carry on that legacy.”

Pwo Navigator Kālepa Baybayan will again be at the helm of Hikianalia, this time with his daughter Kalā Baybayan by his side. She will serve as Captain of the voyage to Tahiti for the first time, according to the Hōkūleʻa crew Facebook page.

“Let’s hope and pray that the community pray for us that we all come home safe,” Kahalioumi said.

Nearly three years ago, Palekai served as the launching point for the Malama Honua voyage. Both Hikianalia and Hōkūleʻa began the journey on May 30, 2014. The joyous and emotional send-off was documented in the video below.

Hōkūleʻa, meanwhile, is nearing the halfway point between Pitcairn Islands and the Marquesses. 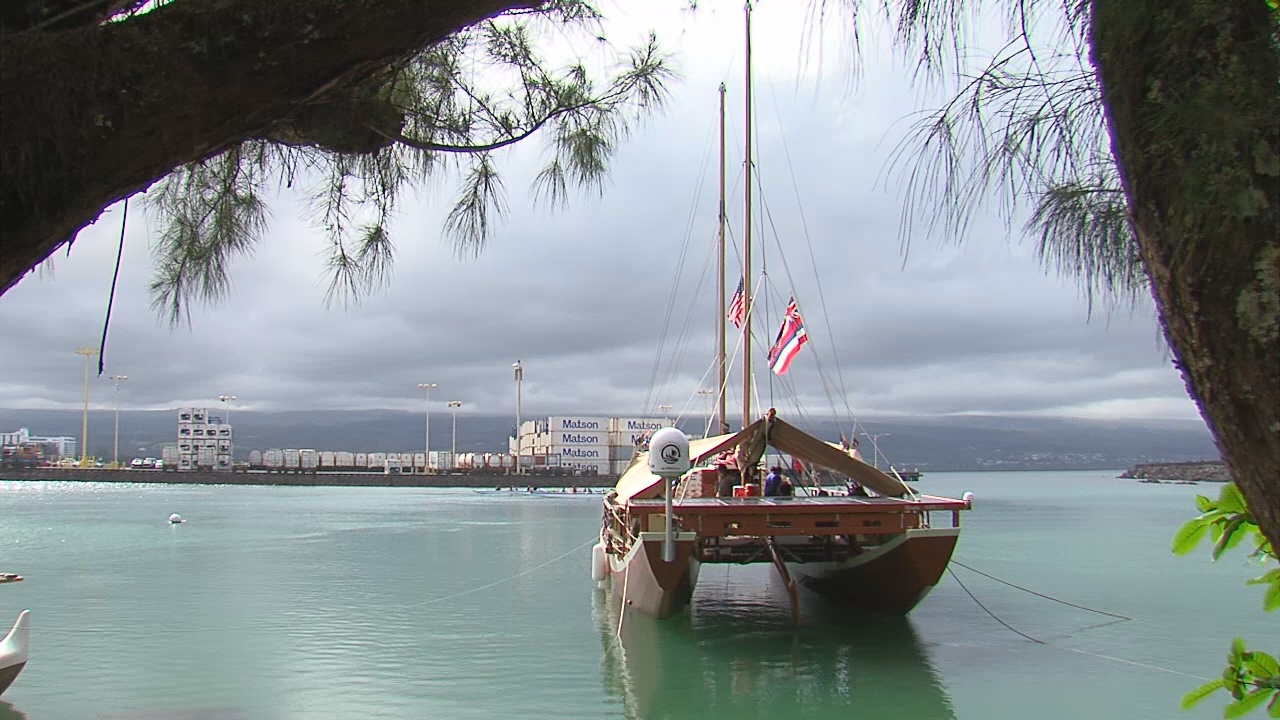