HAWAII VOLCANOES NATIONAL PARK (BIVN) - The episode 61g flow is still active and entering the ocean at Kamokuna. New video captures the lava from above and on the ground. 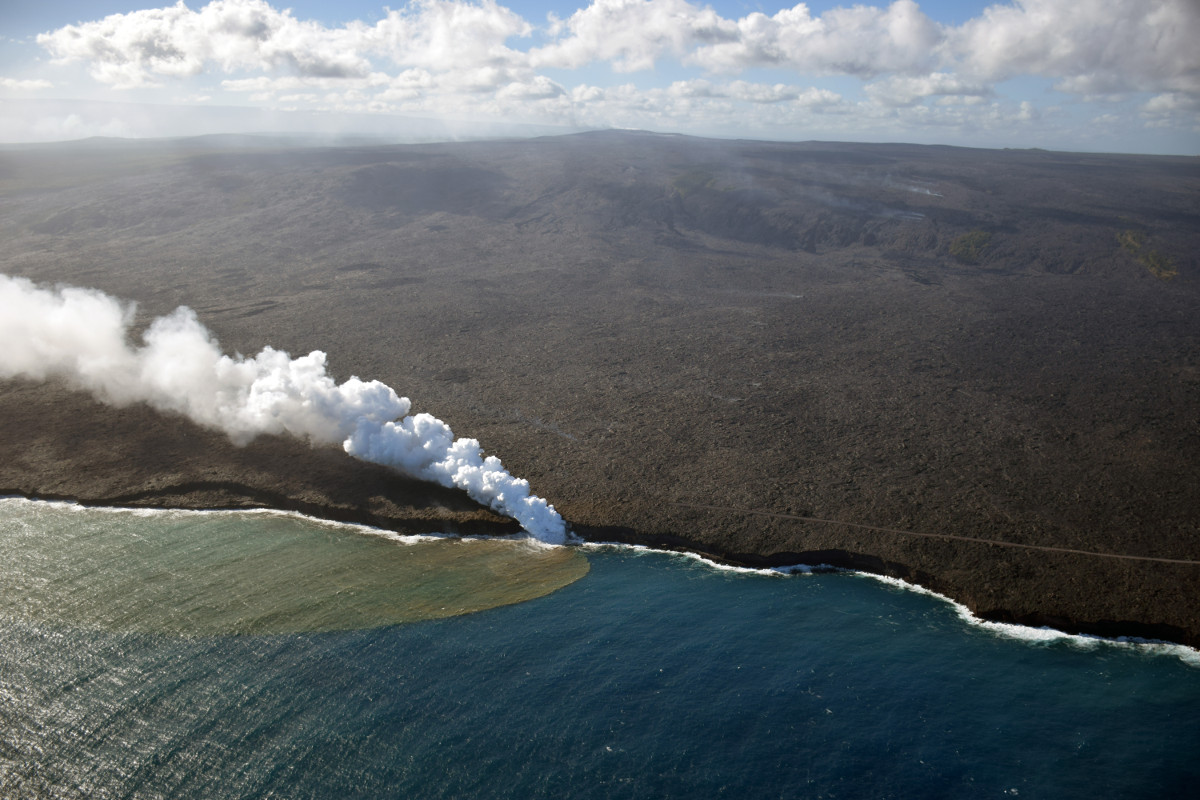 USGS photo: The episode 61g flow continues to enter the ocean at the Kamokuna ocean entry (center), and was producing a robust plume. The western Kamokuna delta, which was abandoned in late September 2016, is visible to the left of the entry. A few weak surface breakouts were still active on the coastal plain, but most surface activity is within approximately 3.5 km (2.2 miles) of the vent. The episode 61g tube is marked by fume traces that can be seen along the flow field, and Puʻu ʻŌʻō is visible in the center of the skyline.

HAWAII VOLCANOES NATIONAL PARK – The lava flow is creating new land at the Kamokuna ocean entry, months after the New Years Eve delta collapse that wiped away 25 acres of land. 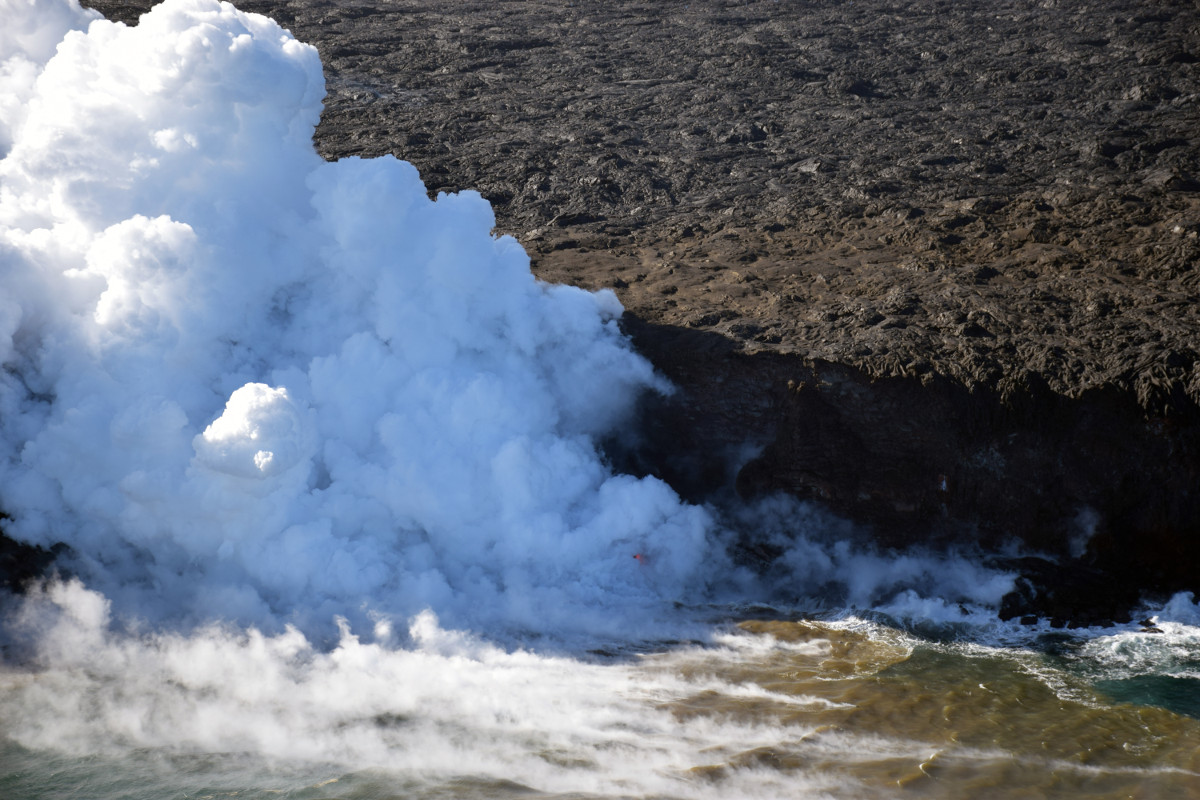 USGS photo: A close-up view of the Kamokuna ocean entry. A tiny delta has been building, but is not clearly visible through the thick plume. One spot of incandescence can be seen through a break in the plume (center) just above sea level. Floating, steaming blocks were also seen in the water just off the ocean entry (lower middle-right).

Conditions at the ocean entry make it difficult to see the new delta at ground level, but Mick Kalber got a good look at it recently from above, aboard a Paradise Helicopters flight.

Lava flows on the upper portion of the field closer to Puʻu ʻŌʻō continue to advance downslope and produce surface flows above the pali, scientists with the USGS Hawaiian Volcano Observatory report.

“Small, short-lived breakouts have been reported on the coastal plain, but are not clearly visible in webcam images,” USGS reports. “None of these flows poses any threat to nearby communities at this time.” 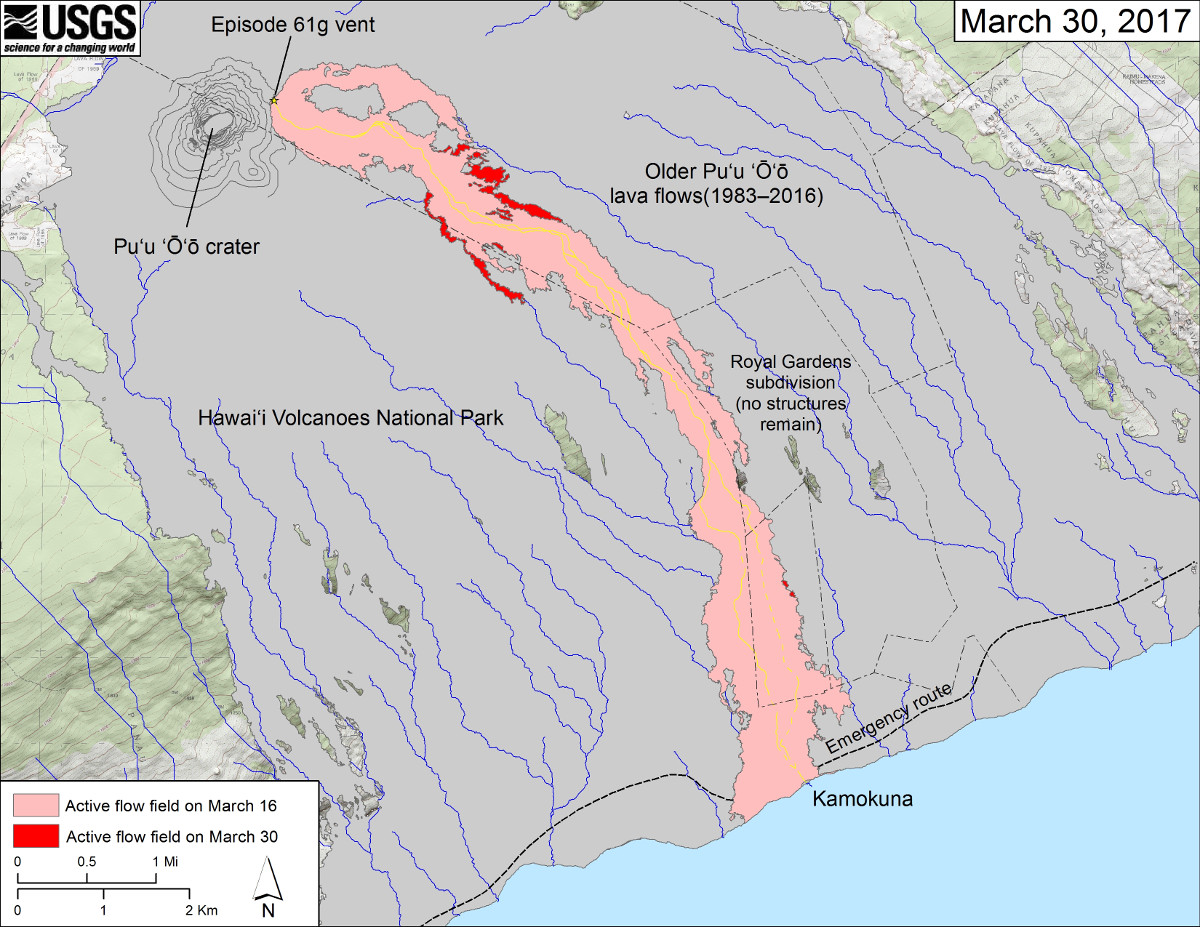