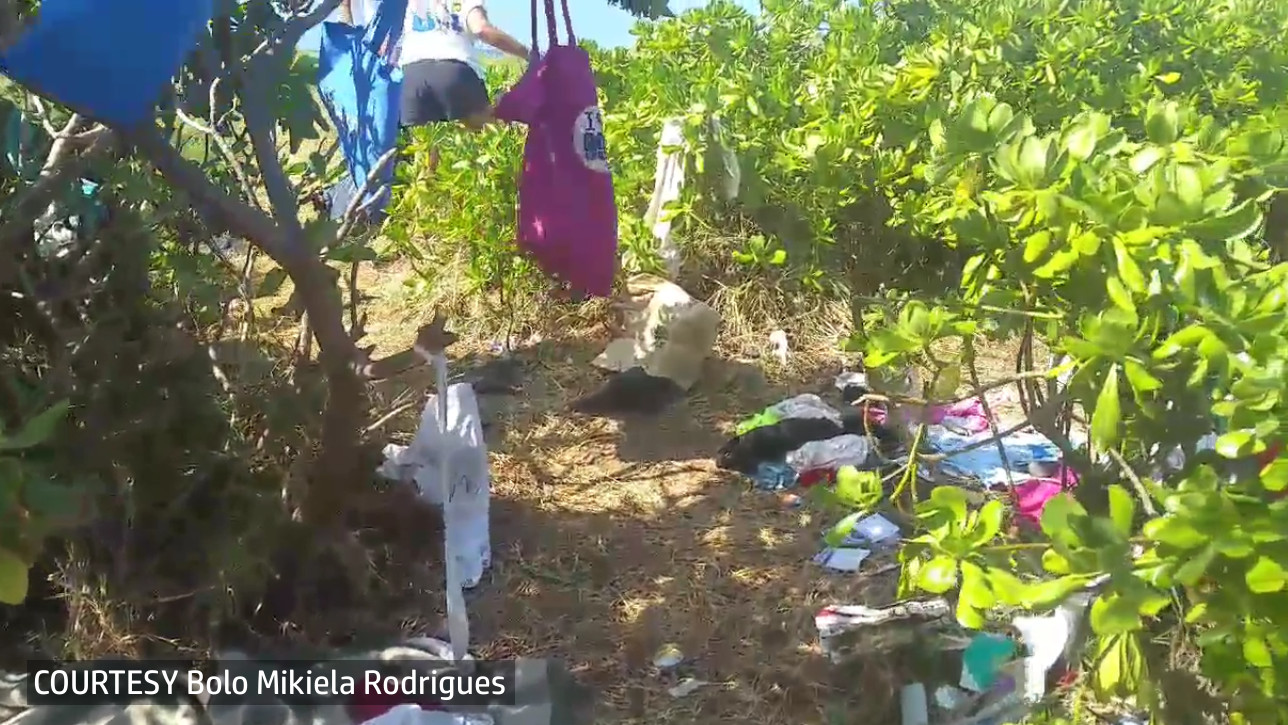 KAILUA-KONA (BIVN) - The cleanup scheduled for Wednesday, April 19 and Thursday, April 20 has been cancelled.

KAILUA-KONA, Hawaii – Plans to hold a big cleanup at the Old Kona Airport beach park have been postponed for now.

On Monday, the Hawaii County Department of Parks and Recreation issued a media release saying that a “tentatively-selected” site for the homeless that will be displaced in the cleanup “met with some problems”, so alternative sites are now being pursued.

Kona community members – like well known musician Bolo Mikiela Rodrigues – have been documenting the situation at Old Airport in recent months, and have been rallying the community behind the cleanup, which had been scheduled for Wednesday, April 19 and Thursday, April 20.

As requested by the Administration, the Department of Parks and Recreation is postponing its planned clean-up operation at Old Airport Park in Kona, while the County seeks an alternative site for homeless people camping at the facility.

The clean-up had been scheduled for Wednesday, April 19 and Thursday, April 20, and the park was to be closed during the operation.

The homeless people camping at the park would have been asked to leave prior to and during the park closure and clean up, but if an alternative site were not provided, they may have returned after the park clean up and reopening.

“We are postponing the clean-up while the County is seeking a properly-prepared alternative site for the people to go,” said Parks and Recreation Director Charmaine Kamaka.

According to Assistant Housing Administrator, Lance Niimi, a tentatively-selected site met with some problems, so alternative sites are being pursued.

The park clean-up date will be announced once the alternative site for the homeless is designated.

“It is hoped that the new clean up date will be within the next month,” Kamaka said.

Rodrigues said he was “very disappointed” to hear the news of the postponement, but he said “I will not stop, we will not stop moving forward with Malama Pono.”