Video by Swinburne University of Technology

MAUNA KEA (BIVN) - The giant ‘red nugget’ was not expected to exist at the time the Universe was only 1.65 billion years old, making the find a rare discovery. 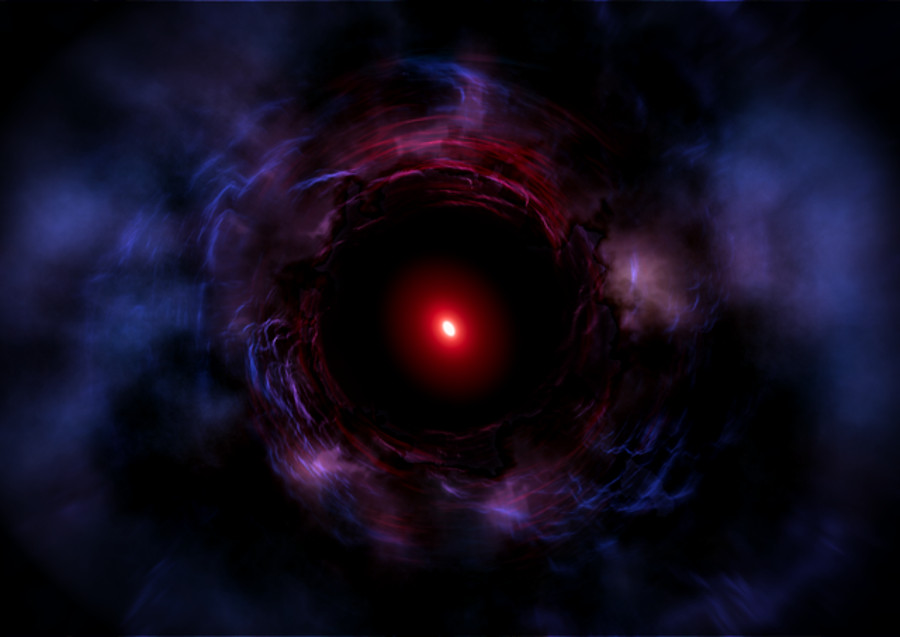 MAUNA KEA, Hawaii – A recent discovery of a massive, inactive ‘red nugget’ could change the way scientists think about the evolution of galaxies.

Using W. M. Keck Observatory’s MOSFIRE instrument at the summit of Mauna Kea, the discovery team spotted the galaxy ZF-COSMOS-20115 from a time when the Universe was only 1.65 billion years old.

The galaxy has likely blown off all the gas that caused its rapid star formation and mass growth, a Keck media release states, rapidly turning ZF-COSMOS-20115 into a compact red galaxy.

Scientists are calling it a rare discovery.

“This observation was only possible due to the extreme sensitivity of the new MOSFIRE spectrograph,” said Karl Glazebrook, director of Swinburne’s Centre for Astrophysics and Supercomputing and lead author of the research published in the journal Nature. “It is the absolute best in the world for faint near-IR spectra by a wide margin. Our team is indebted to the accomplishment of Chuck Steidel, Ian McClean, and all the Keck Observatory staff for building and delivering this remarkable instrument.”

Researchers say that all of the massive galaxy’s stars – three to five times more than our Milky Way today – formed through an extreme star-burst event. “But it stopped forming stars only a billion years after the Big Bang to become a quiescent or ‘red and dead’ galaxy – common in our Universe today, but not expected to exist at this ancient epoch,” Keck says. “The galaxy is also small and extremely dense, it has 300 billion stars crammed into a region of space about the same size as the distance from the Sun to the nearby Orion Nebula.”

“This huge galaxy formed like a firecracker in less than 100 million years, right at the start of cosmic history,” Professor Glazebrook says. “It quickly made a monstrous object, then just as suddenly it quenched and turned itself off. As to how it did this, we can only speculate. This fast life and death so early in the Universe is not predicted by our modern galaxy formation theories.”

Previous models suggested dead galaxies like ZF-COSMOS-20115 – also called ‘red nuggets’ – should only exist from around three billion years after the Big Bang.

“This discovery sets a new record for the earliest massive red galaxy. It is an incredibly rare find that poses a new challenge to galaxy evolution models to accommodate the existence of such galaxies much earlier in the Universe,” Glazebrook said.