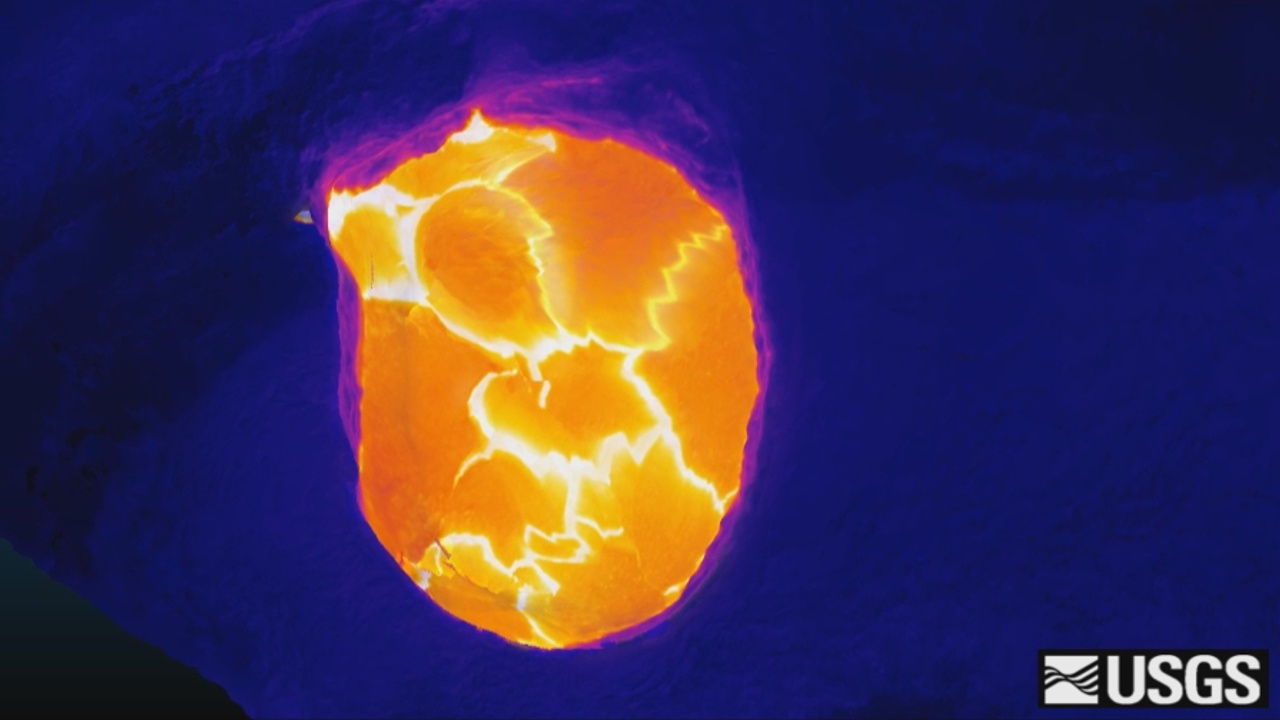 HAWAII VOLCANOES NATIONAL PARK – A different look at the lava lake at Kīlauea’s summit was recently revealed by the USGS Hawaiian Volcano Observatory.

A 3-D model that was constructed from a series of thermal images acquired during an overflight on Thursday, March 16 was recently posted to the USGS HVO website.

“For scale, the lava lake is about 250 meters (820 ft) across,” scientists wrote in the caption to go with the video clip. “The lake is within the Overlook crater, which is within Halemaʻumaʻu Crater.”

Scientists say the model shows that a portion of the Overlook crater wall, along the southern wall of Halemaʻumaʻu Crater, is overhanging. “If this portion of the crater wall collapses it could trigger a small explosive event, similar to those which occurred in November and December of 2016,” scientists say.