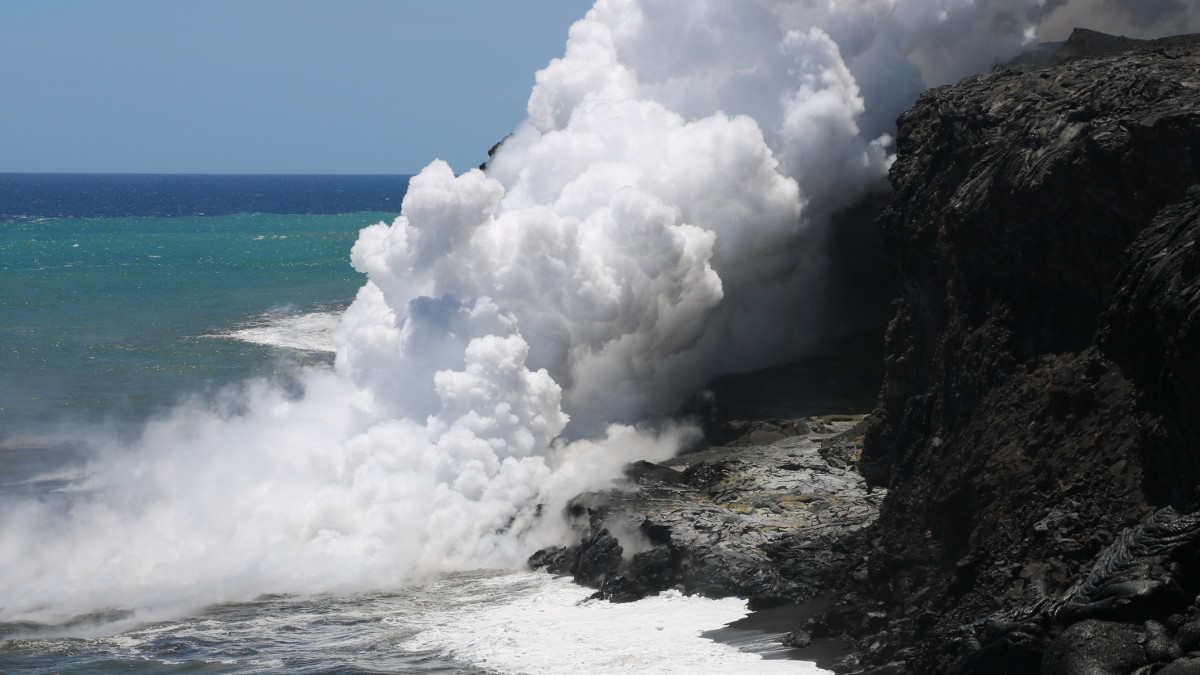 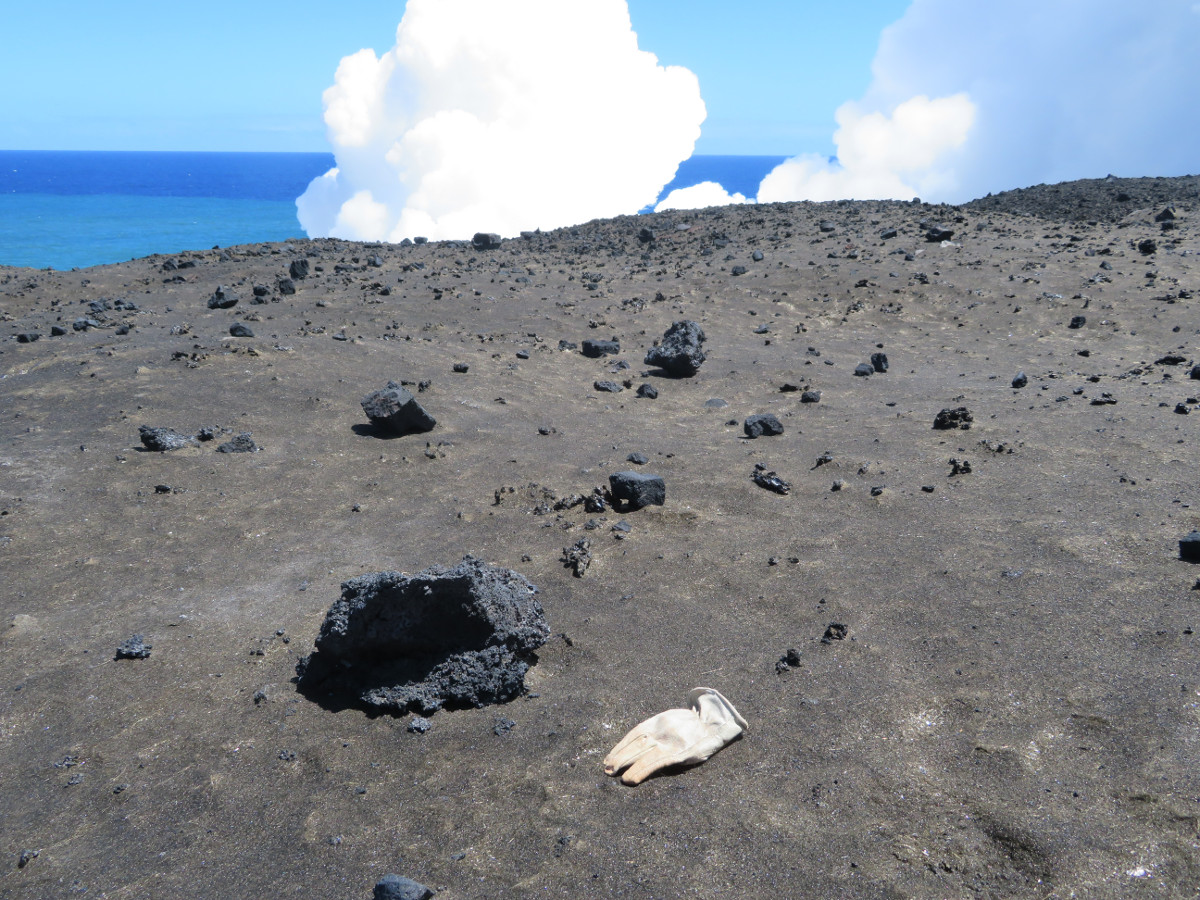 (USGS) A field of blocks on the sea cliff above the ocean entry suggest that lava delta collapses and explosions have recently occurred. The blocks are resting on a thick layer of Pele’s hair and limu o Pele, which are small glassy particles that fall from the ocean entry plume.

During fieldwork over the weekend, USGS Hawaiian Volcano Observatory geologists observed fist-sized rocks on the surface up to 50 yards from the sea cliff edge where lava from the 61g flow is entering the sea. 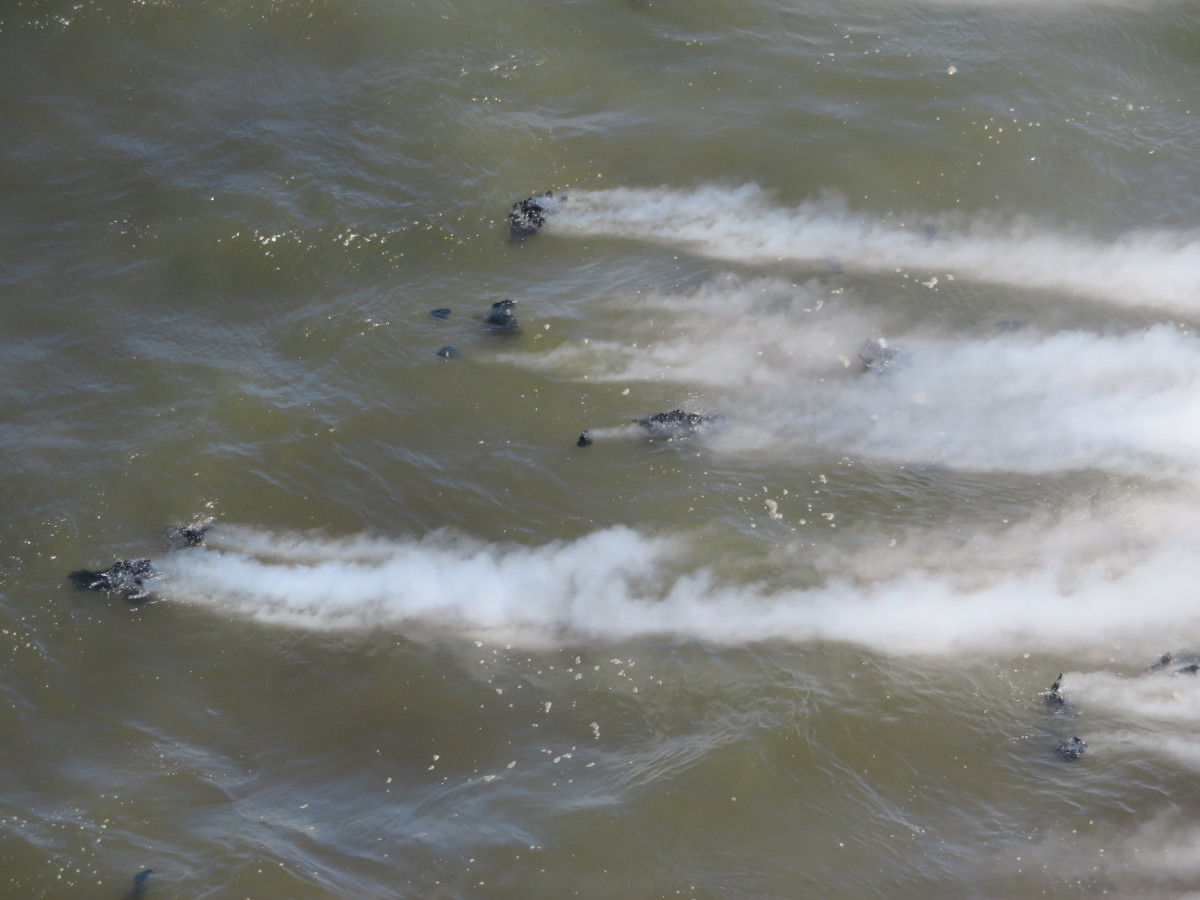 (USGS) Fragments of floating lava drift away from the ocean entry, creating small steam plumes as the hot lava boils the seawater. 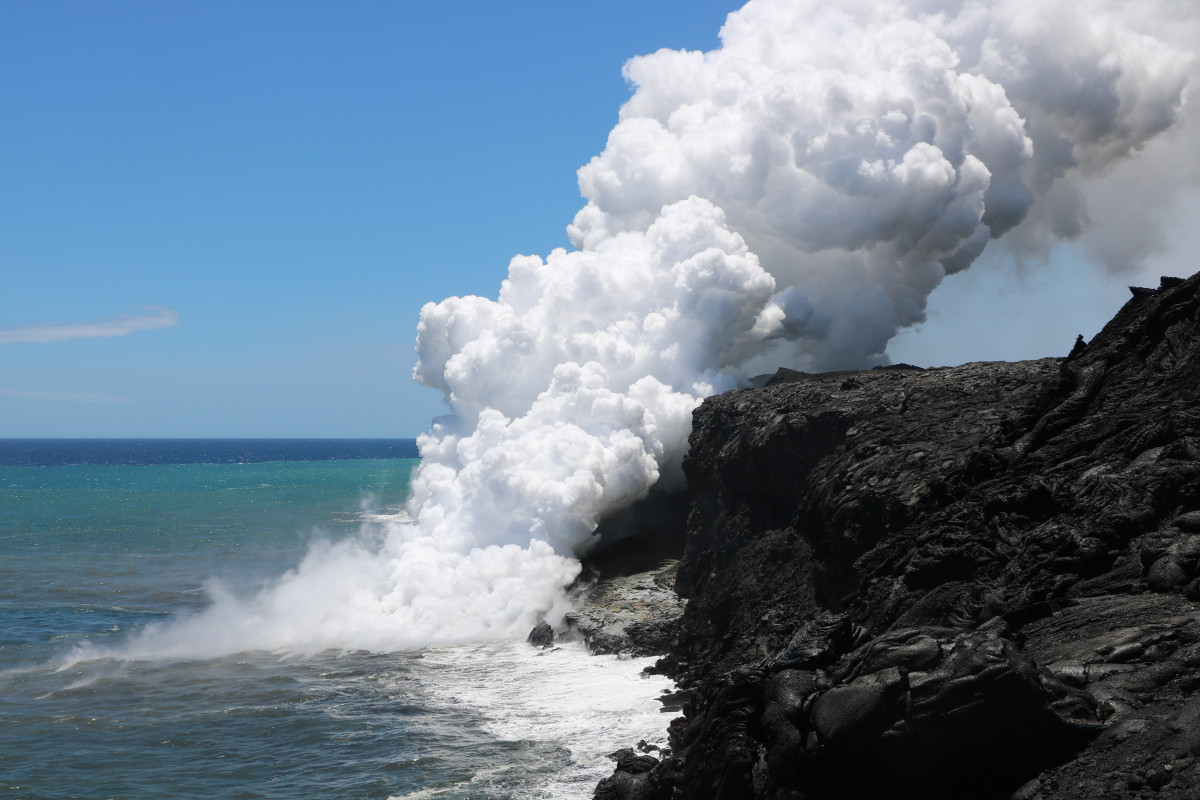 (USGS) A small delta has formed at the Kamokuna ocean entry, but views of the delta have been largely obscured by the thick ocean entry plume.

A small, growing lava delta at Kamokuna extends an estimated 25 yards out from the base of the sea cliff.

USGS says surface flows on the upper portion of the 61g flow field above the pali remain active, while “very minor and sluggish surface flow activity was observed on the coastal plain on Sunday and overnight in web cam images.”

The lava originates from the Puʻu ʻŌʻō vent, miles away from the ocean on Kilauea Volcano’s east rift zone. The lava flows pose no threat to nearby communities at this time, scientists say. 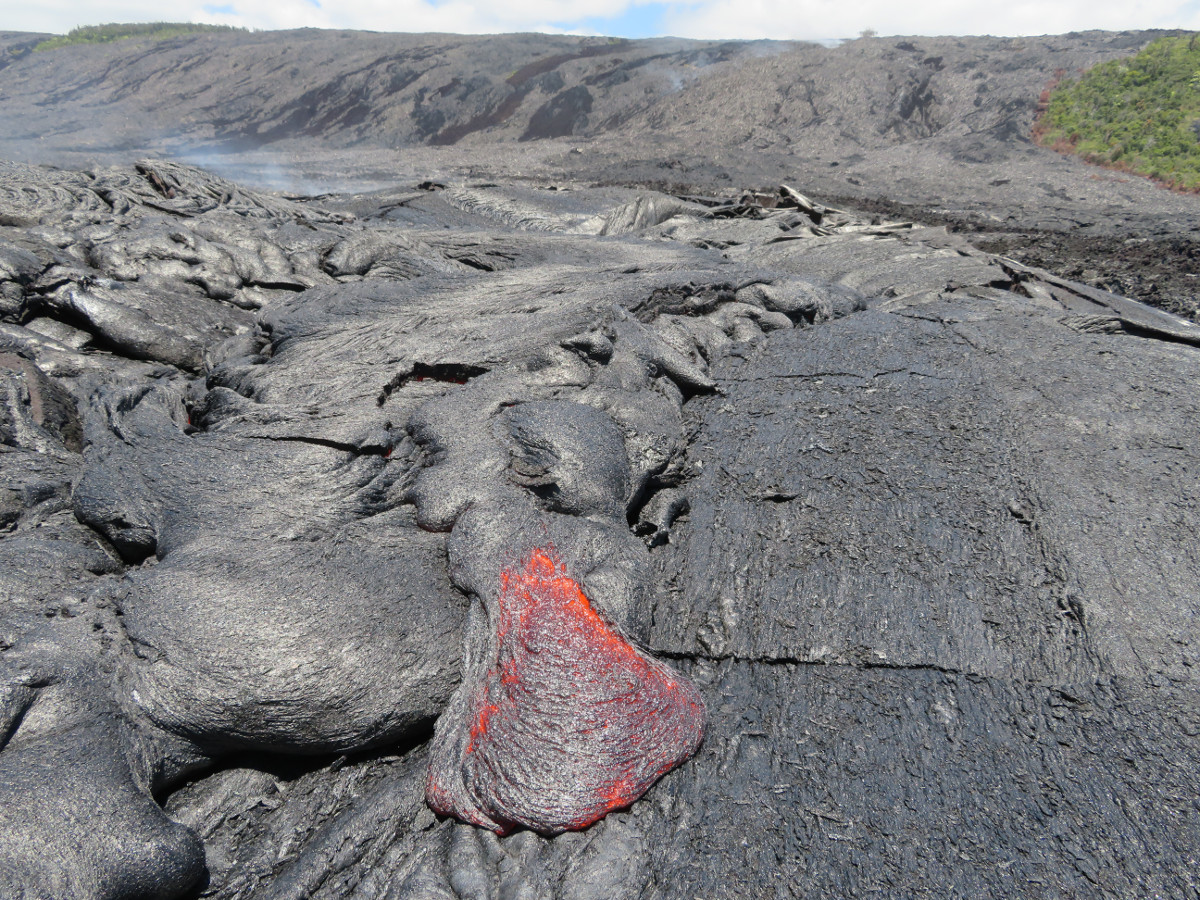 (USGS) HVO geologists encountered only one tiny breakout on the coastal plain on Saturday. The pali can be seen in the background.