HILO (BIVN) - Mayor Harry Kim made the traditional presentation of his preliminary operating budget to the Hawaii County Council, kicking off a three-day committee review.

HILO, Hawaii – When it comes to government revenues and appropriations on Hawaii Island, its a wait-and-see situation.

“This is gonna be a very tight year,” Mayor Harry Kim told the Hawaii County Council Finance Committee on Tuesday, the first day of a three-day public budget review.

“All of it we do not control,” Kim said, admitting that the “budget looks very negative right now.” 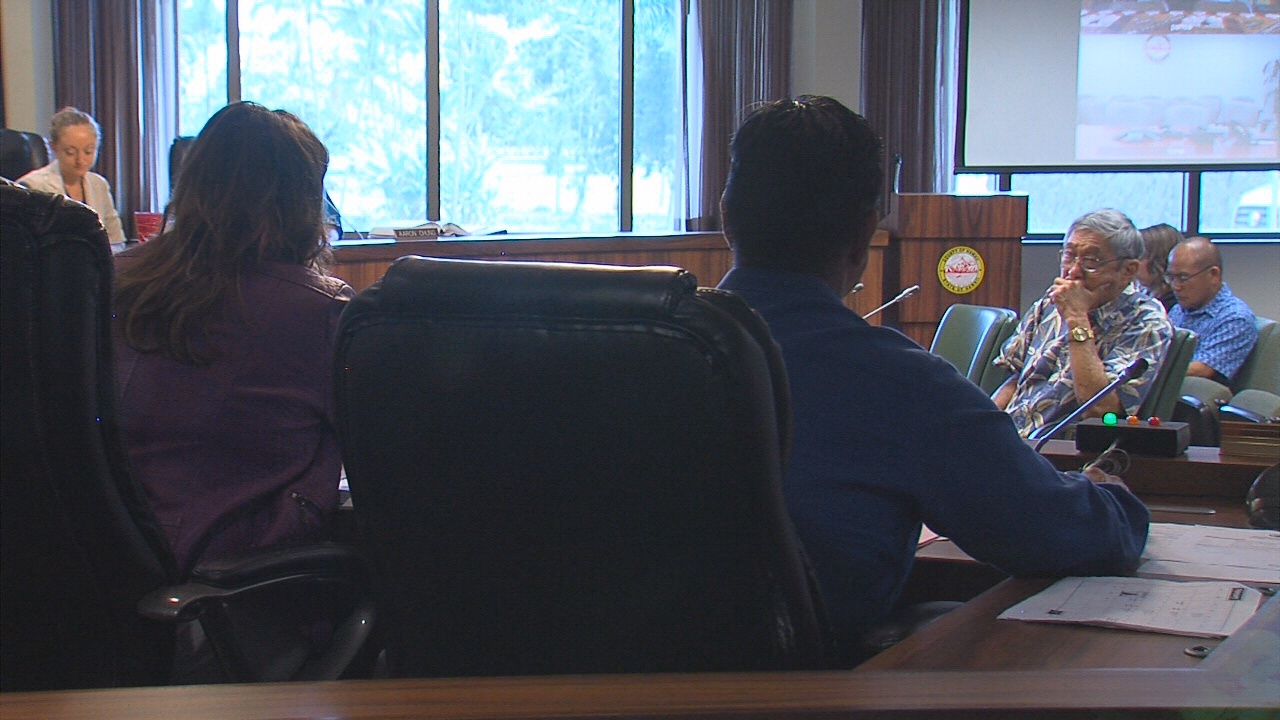 Councilmembers had a chance to question Mayor Kim on his budget proposal on Tuesday, April 10.

Kim told the council that he is taking a look at raising the fuel tax, but has no plans to push to initiate GET collections.

Kim and several councilmembers also agreed that the growing vacation rentals around the island need to be examined and possibly taxed accordingly.

We will be posting more from these hearings under the tag: Hawaii 2017-18 County Budget.