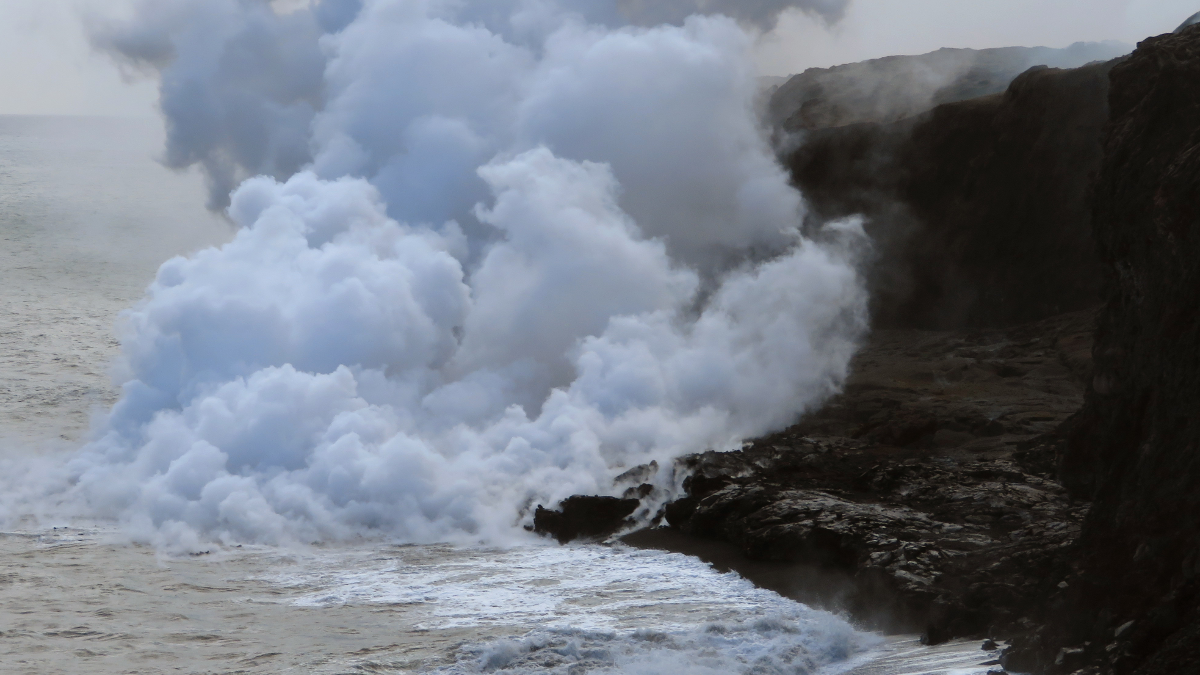 HAWAII VOLCANOES NATIONAL PARK – Kīlauea Volcano continues to erupt at the summit and the Puʻu ʻŌʻō vent on its East Rift Zone.

Scientists with the USGS Hawaiian Volcano Observatory recently uploaded some new imagery, including an updated flow field map, to its website. 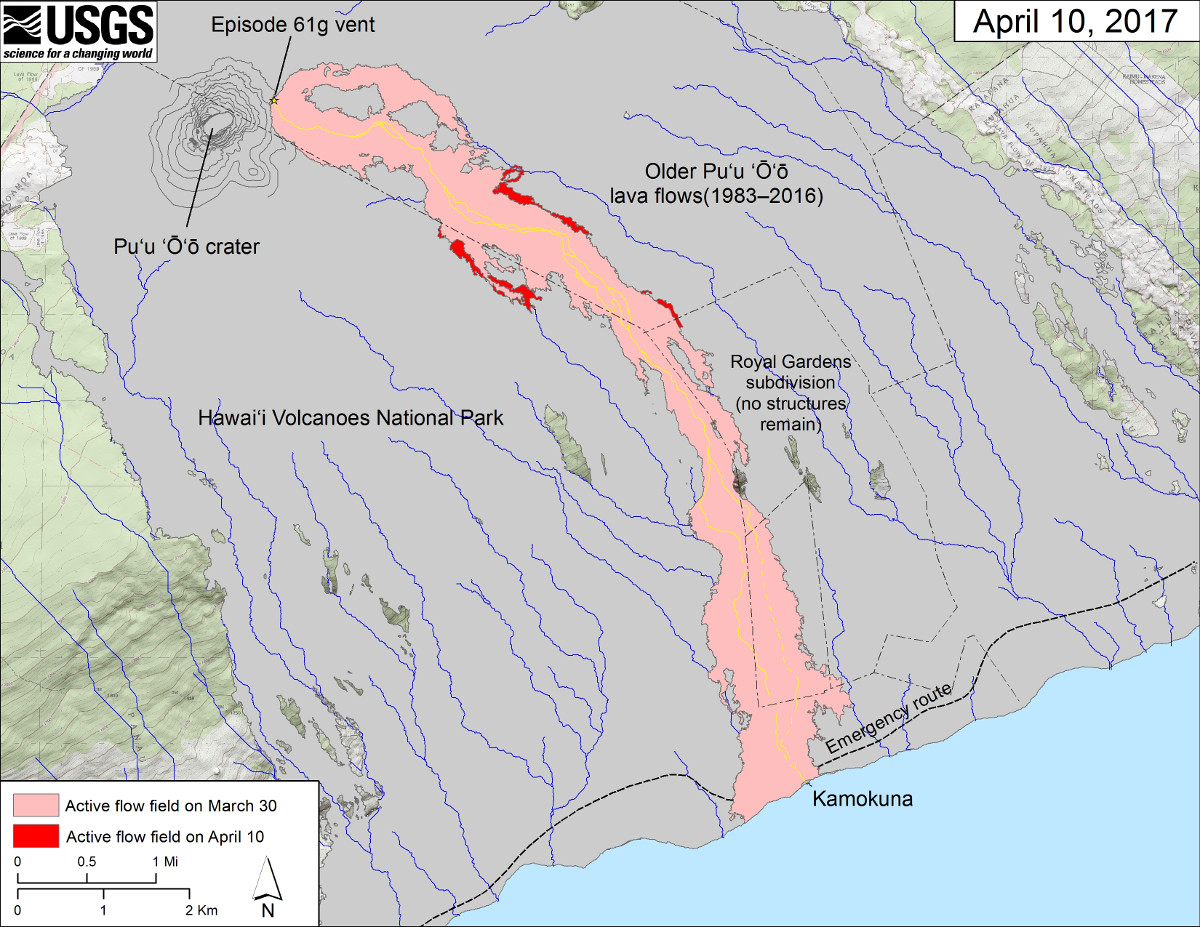 As the map indicates, “no active surface flows were observed in webcam views on the coastal plain”, but scientists say “surface flows remained active on the upper portion of the 61g flow field above the pali, posing no threat to nearby communities at this time.”

The episode 61g lava flow continues entering the ocean at Kamokuna, where a small lava delta has been growing since late March. 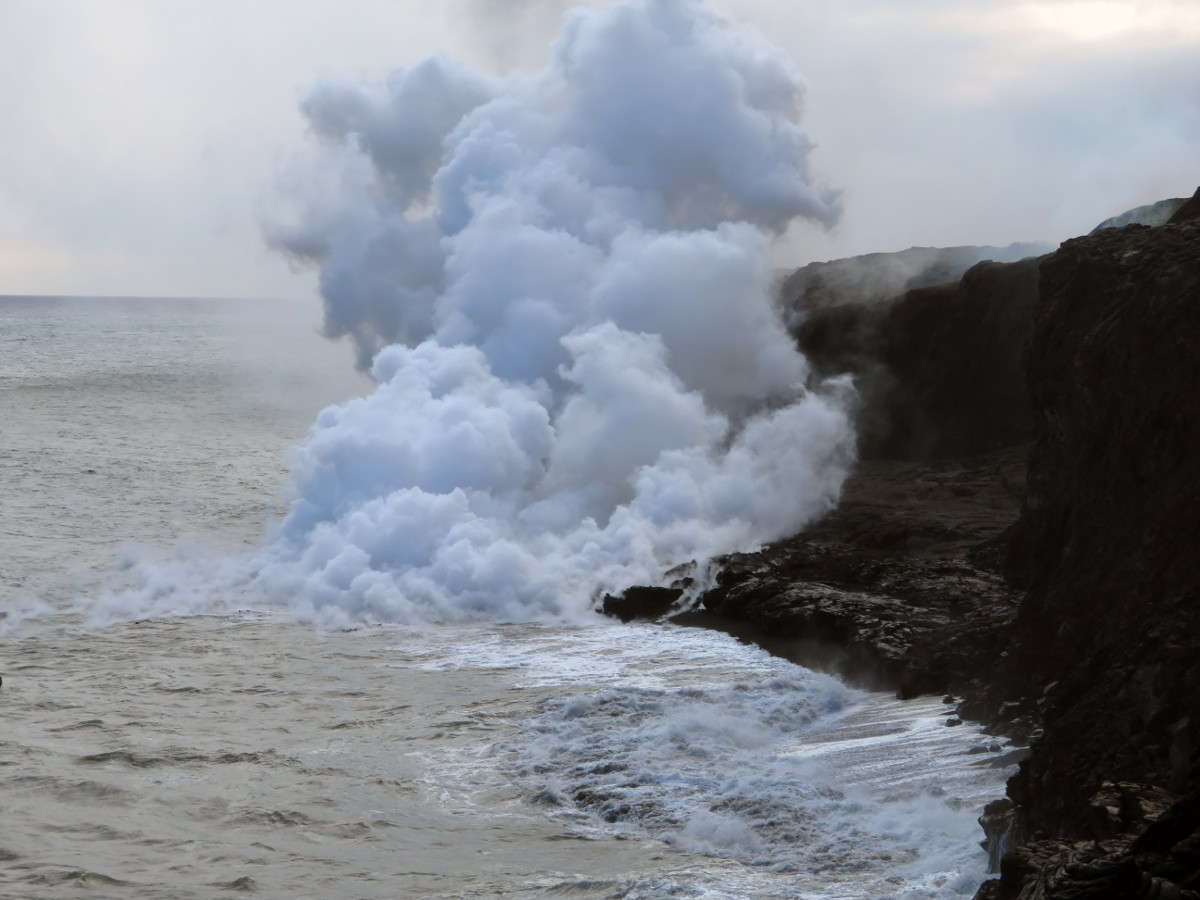 (USGS photo) The ocean entry at Kamokuna remains active, with a small lava delta. Views of the lava streams entering the water were obscured by the thick plume. Very weak littoral explosions were occurring.

Scientists are continuing their warning to visitors viewing the ocean entry (where lava meets the sea), saying “there are additional significant hazards besides walking on uneven surfaces and around unstable, extremely steep sea cliffs. Venturing too close to an ocean entry on land or the ocean exposes you to flying debris created by sudden explosive interaction between lava and water. Also, the new land created is unstable because it is built on unconsolidated lava fragments and sand. This loose material can easily be eroded away by surf, causing the new land to become unsupported and slide into the sea. In several instances, such collapses, once started, have also incorporated parts of the older sea cliff. This occurred most recently on December 31. Additionally, the interaction of lava with the ocean creates a corrosive seawater plume laden with hydrochloric acid and fine volcanic particles that can irritate the skin, eyes, and lungs.”