HILO (BIVN) - This year's Aloha ʻĀina march was dedicated to Moanikeala Akaka, who recently passed away at the age of 72.

In 2016, the unit was not allowed to participate in the parade because certain parade rules weren’t being followed, Kalani Flores told the group assembled before the parade began on Saturday. The flags have to fly right side up, and the signs and shirts “cannot be negative or anti-anything” Flores said.

The group is comprised of those who take an active stand in opposition to the Thirty Meter Telescope on Mauna Kea, and the military bombing at Pohakuloa.

This year’s Aloha ʻĀina march was dedicated to Moanikeala Akaka, who recently passed away at the age of 72. Akaka devoted her years to Aloha ʻĀina; standing up for Mauna Kea, Pōhakuloa, and Native Hawaiian issues throughout Hawai’i. 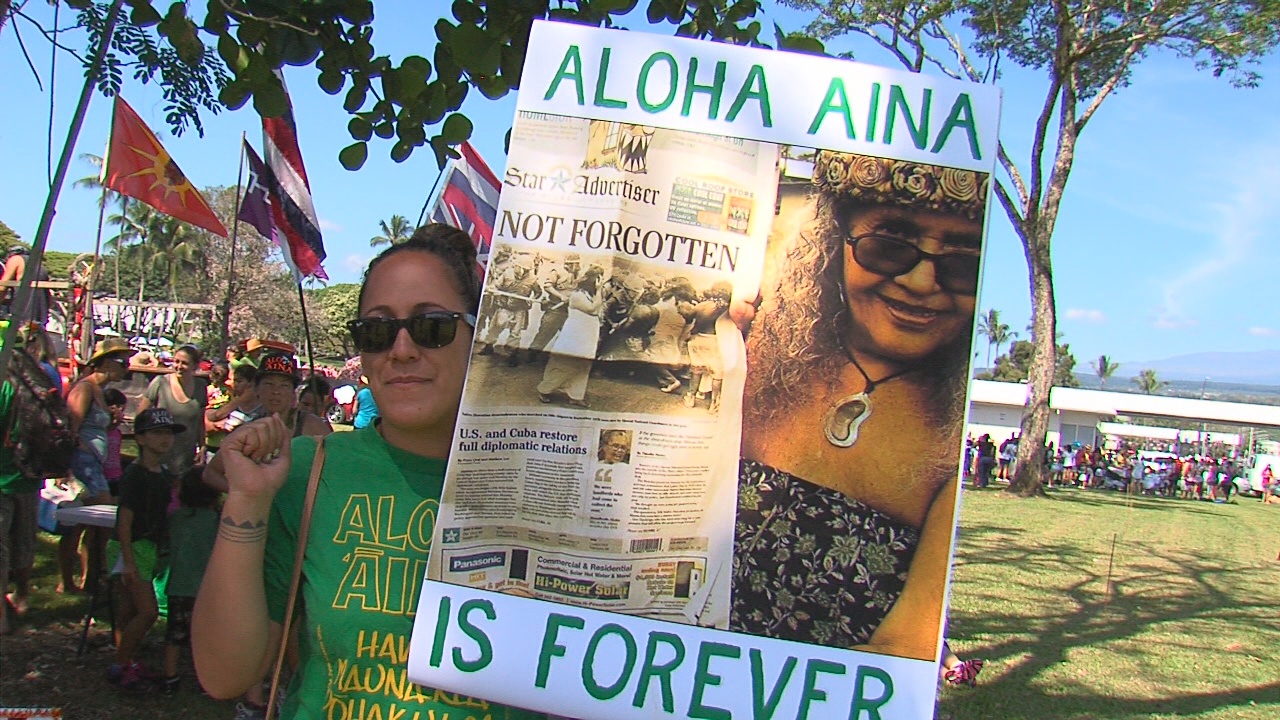