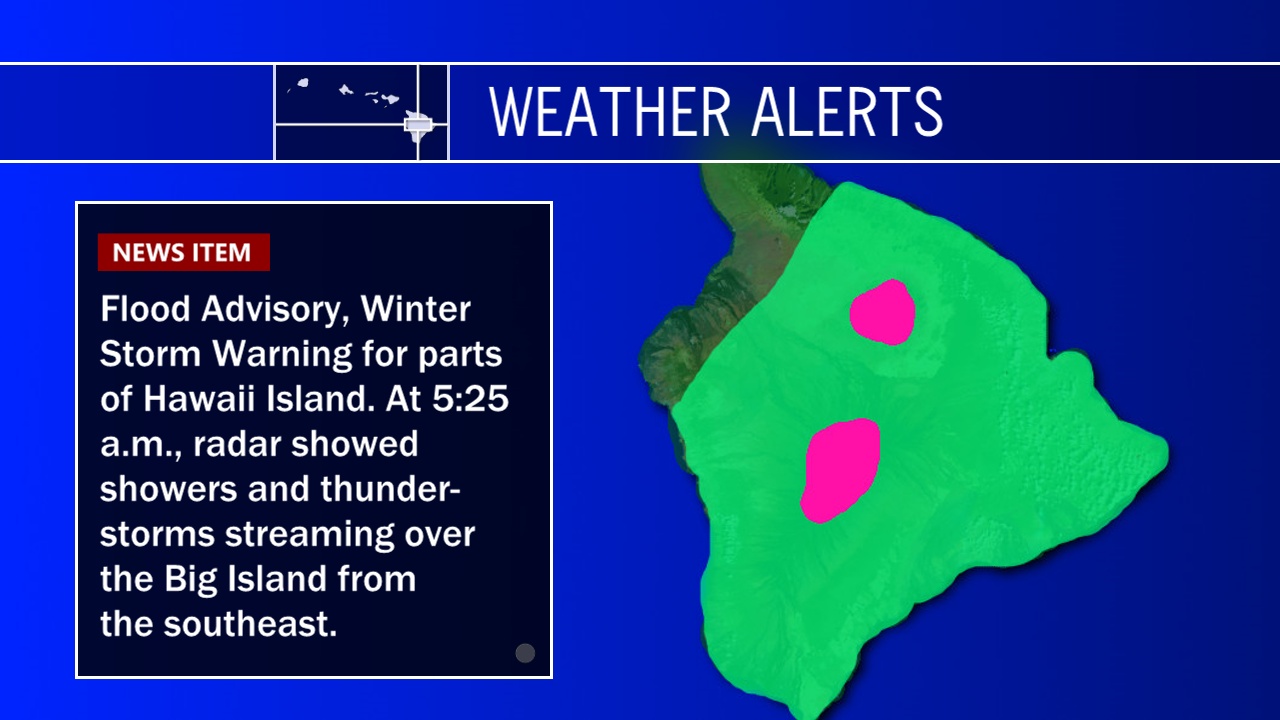 (BIVN) – A Flood Advisory is in effect for most of Hawaii Island until 8:30 a.m. HST Monday morning.

The island has been under a Flash Flood Watch all weekend long, and for the first time israinfall heavy enough to warrant the additional advisory. At 5:25 a.m. HST, “radar showed showers and thunderstorms streaming over the Big Island from the southeast, affecting the area from near South Point to Cape Kumukahi to Hilo,” the National Weather Service reported. “Additional heavy showers are poised to move ashore through the morning. Rainfall rates between one and two inches per hour can be expected in the heavier showers.”

This advisory may need to be extended beyond 8:30 a.m. HST if heavy rain persists. A Flash Flood Watch remains in effect.

Meanwhile, a Winter Storm Warning continues for Big Island summits, as deep moisture will combine with a nearby low aloft to bring a mix of wintry weather.

The High Wind Warning was discontinued. Winds are now blowing south at 20 to 35 mph with gusts to 50 mph.

“The road to the summit of Maunakea is closed to the public at the Visitor Information Station at an elevation of 9200 ft due to ice and snow covering the summit roads,” rangers report. “The summit road conditions will be monitored and updates will be provided as conditions change.”