HAWAII VOLCANOES NATIONAL PARK - It took only five minutes for nearly the entire delta to disappear into the sea on May 3, USGS Hawaiian Volcano Observatory scientist Matt Patrick said.

(BIVN) – While the May 3 collapse of the Kamokuna lava delta was not a surprise, the speed in which the event occurred was.

USGS Hawaiian Volcano Observatory geologist was out on the field observing the aftermath of the delta collapse on Thursday. “What was interesting,” Patrick said in later a phone interview, “is how quickly it happened. Previous collapses we’ve seen operate in a piece meal fashion, over the course of hours. The time lapse camera that was capturing (the May 3rd) delta collapse showed that most of the delta collapsed within about five minutes.”

The delta began forming in late March. Patrick said there is no indication of a return of the fantastic lava “fire hose” that enthralled the world a few months ago. However, the collapse has exposed some active lava at the base of the sea cliff.

On Thursday, the USGS posted a sequence of photos taken from the time lapse camera positioned at the ocean entry. 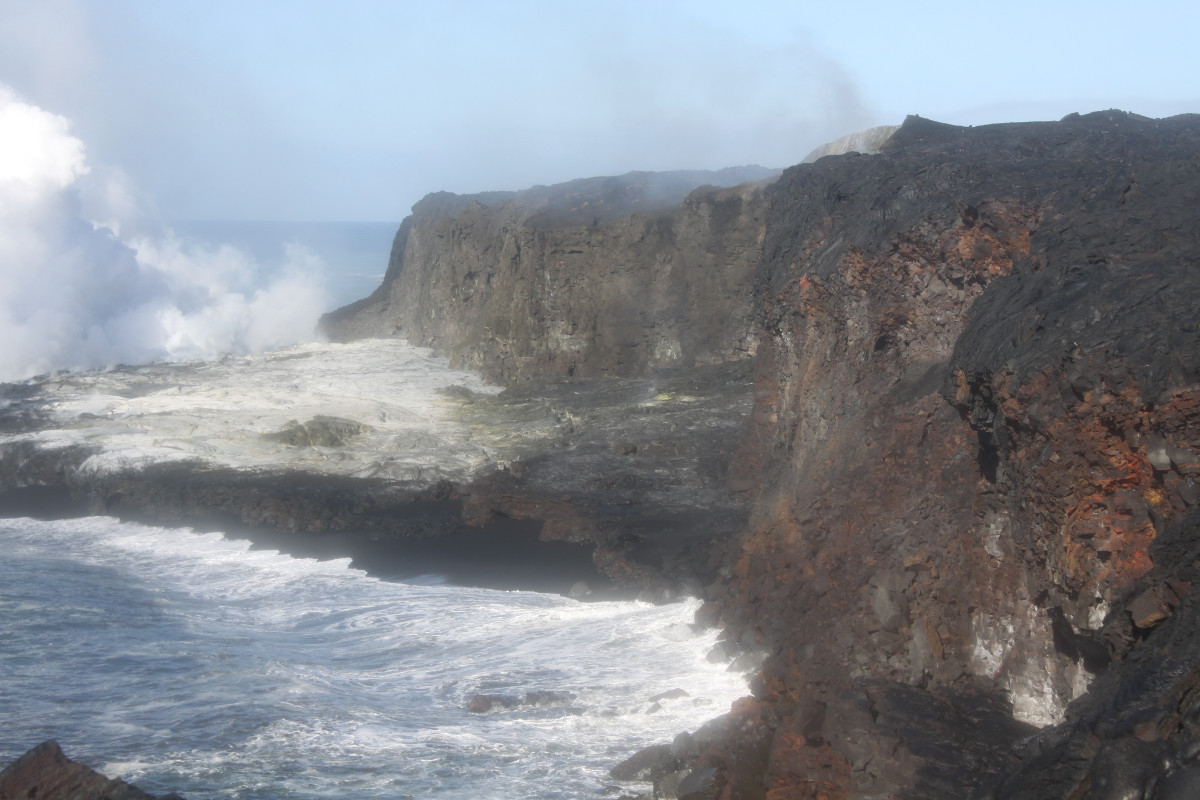 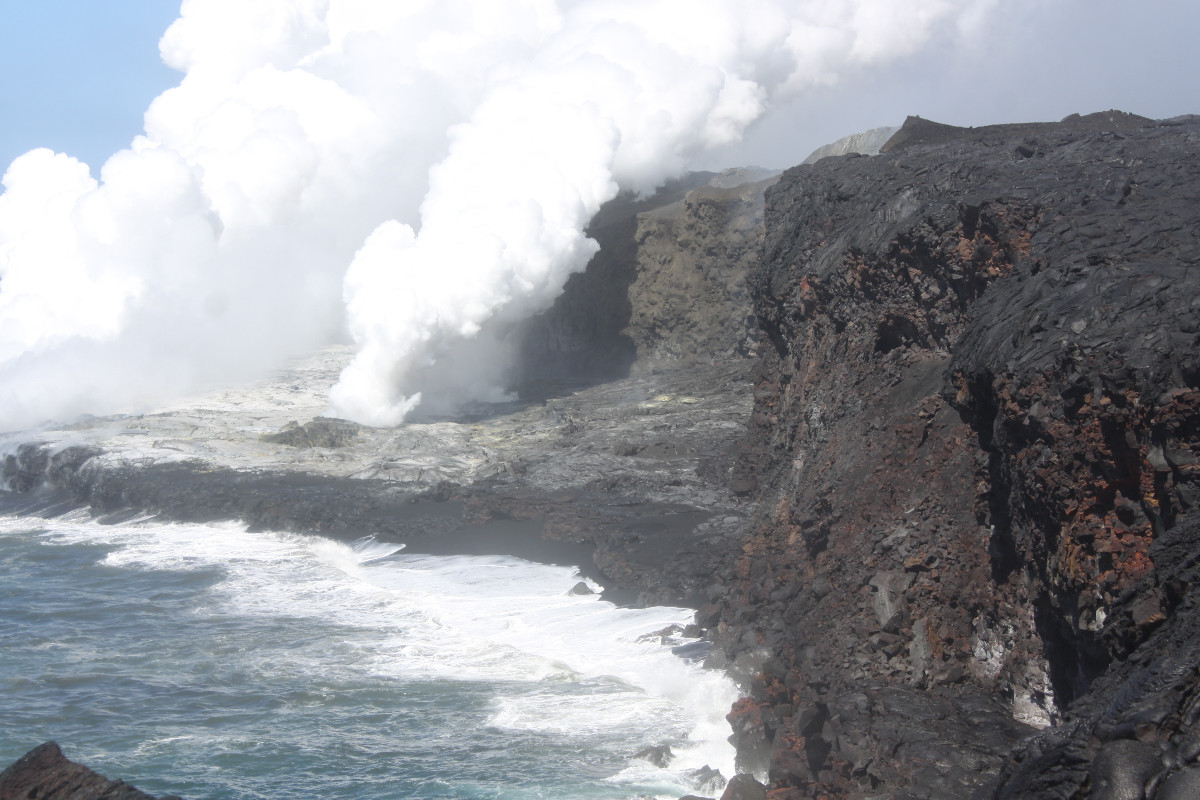 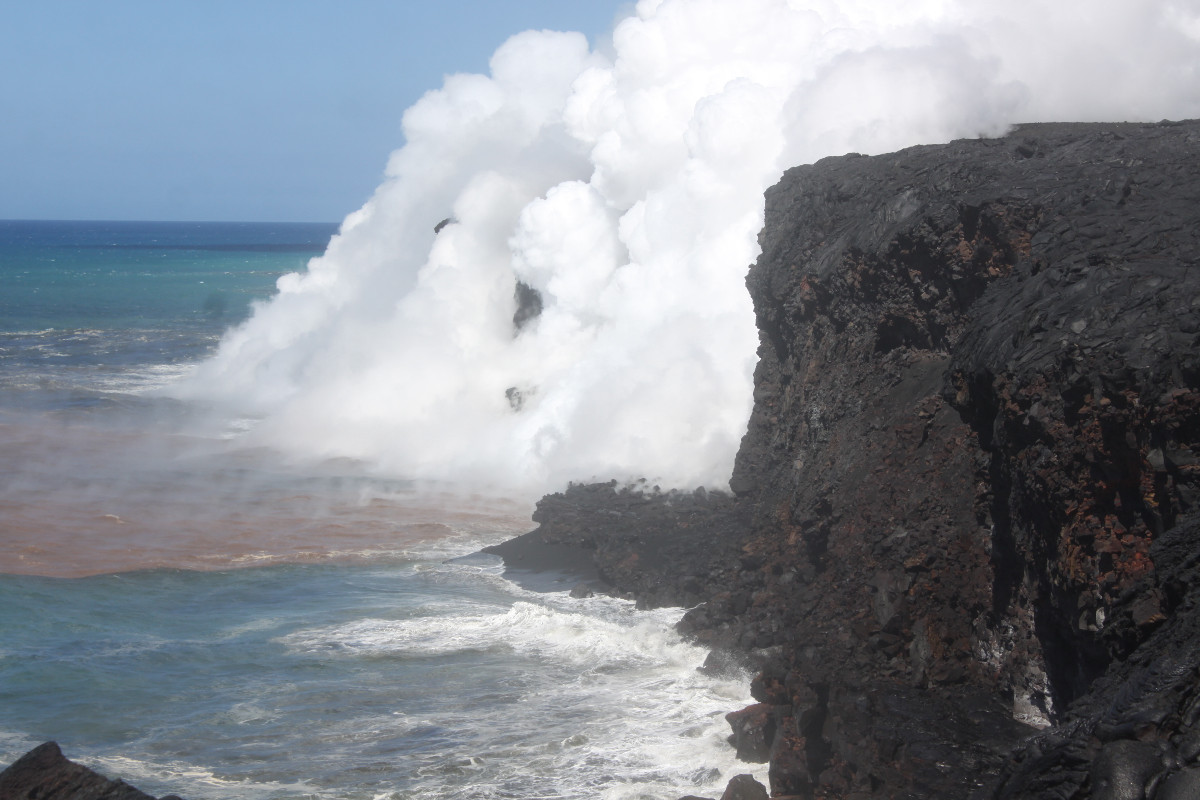 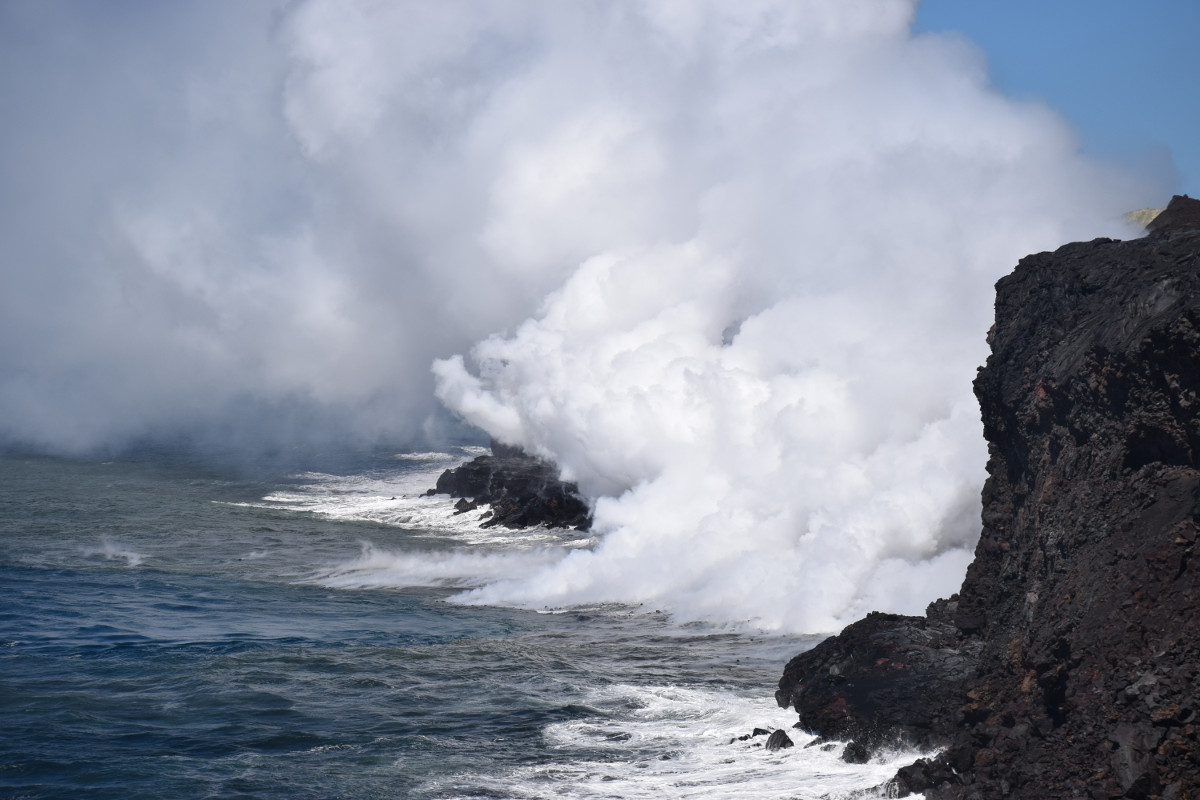 The collapse is a reminder that new land created by ocean entries is highly unstable and prone to collapse without warning, scientists say.