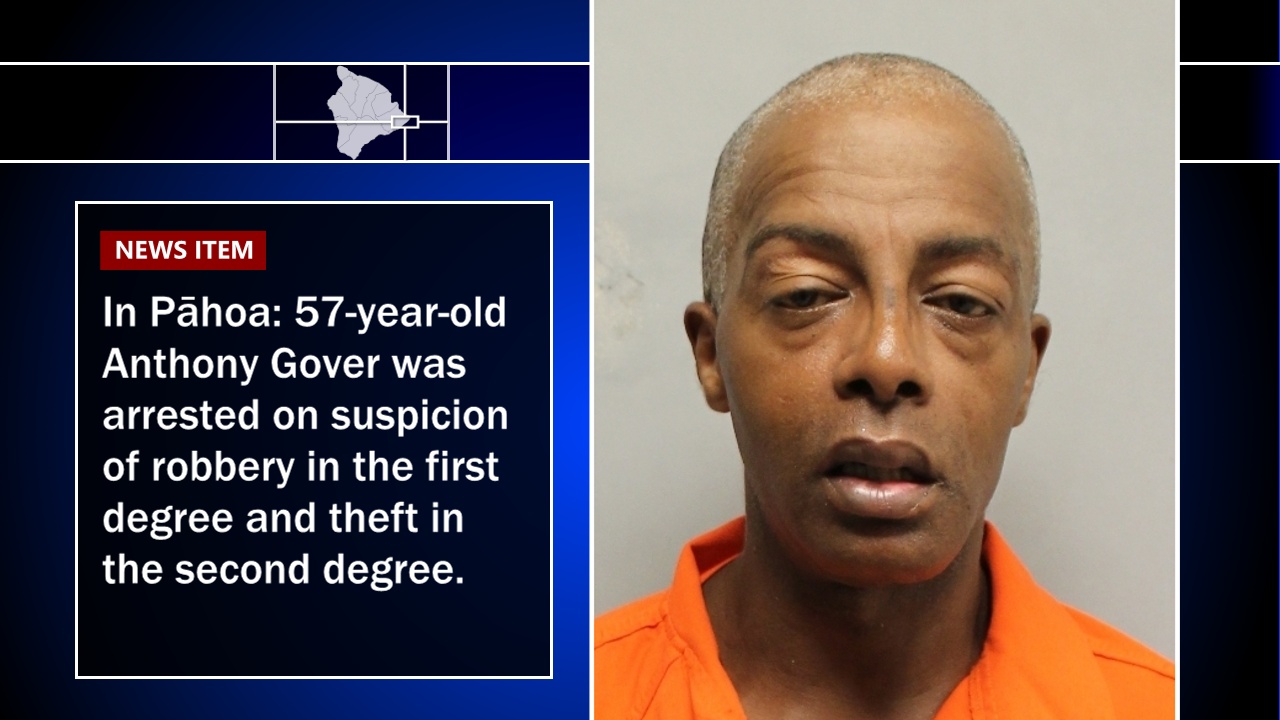 (BIVN) – Police say they made an arrest in connection with the Pāhoa Village bank robbery that occurred on Wednesday afternoon.

57-year-old Anthony Gover was taken into custody without incident less than an hour after officers responded to the 1:47 p.m call for the May 17 robbery incident.

According to reports, a man “demanded money from bank tellers before brandishing a knife. The suspect fled on foot after receiving an undisclosed amount of cash. Neither the bank employees nor were any customers injured.”

“At 2:25 p.m. and following a search of the area by police,” a media release states, “Anthony Gover was located approximately 800 feet away from the bank in the parking lot of the Pāhoa Community Aquatic Center where he was taken into custody without incident. A knife, along with an undisclosed amount of cash suspected to have been taken from the bank have been recovered.”

Gover is currently being held in the Hilo cellblock on suspicion of robbery in the first degree and theft in the second degree while Detectives with the Area I Criminal Investigations Section continue the investigation, police say.

Police ask anyone who may have witnessed the incident or have any other information about it to contact Detective Grant Todd of the Area I Criminal Investigation Section at (808) 961-2381 or Grant.Todd@hawaiicounty.gov.

Tipsters who prefer to remain anonymous may call the island-wide Crime Stoppers number at 961-8300 and may be eligible for a reward of up to $1,000.00, police say.

“Crime Stoppers is a volunteer program run by ordinary citizens who want to keep their community safe,” police say. “Crime Stoppers does not record calls or subscribe to any Caller ID service. All Crime Stoppers information is kept confidential.”