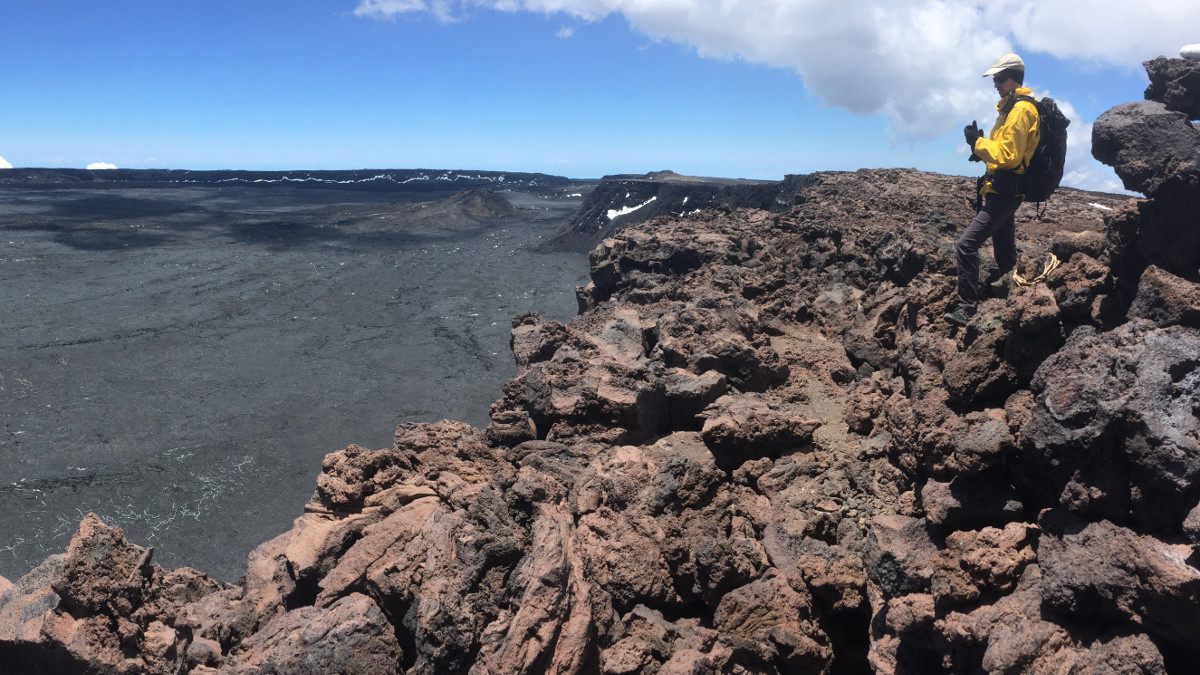 (BIVN) – A panoramic photo – the first image uploaded to the Mauna Loa images section on the USGS Hawaiian Volcano Observatory website in over a year – shows the stunning view at the top of the world’s largest volcano.

USGS scientists hiked to the summit of Mauna Loa on May 9, “where they checked on HVO’s monitoring instruments and realigned an antenna that allows webcam images of the volcano’s summit caldera”, scientists wrote.

Geologist Matt Patrick can be seen in the panoramic image. Snow is still visible on the caldera walls at 13,678 feet.

“Unfortunately, the ‘Moku‘āweoweo Caldera Multi-Frame’ webcam could not be repaired during this summit trek,” HVO said, “but the issue with the camera was identified and can now be resolved as soon as possible.”

Mauna Loa Volcano is not erupting, however the alert level is current at “advisory”. Scientists say rates of deformation and seismicity continue at elevated levels, compared to previously established baselines.

On May 18, scientists reported small-magnitude earthquakes were recorded during the past week, mostly from beneath the summit caldera and upper southwest rift zone of the volcano at depths up to 3 miles.

Microearthquakes also occurred on the east flank at depths of 3-8 miles, USGS said.

“GPS measurements continue to show deformation consistent with inflation of a magma reservoir beneath the summit and upper Southwest Rift Zone,” wrote HVO. “No significant changes in volcanic gas emissions were measured.” 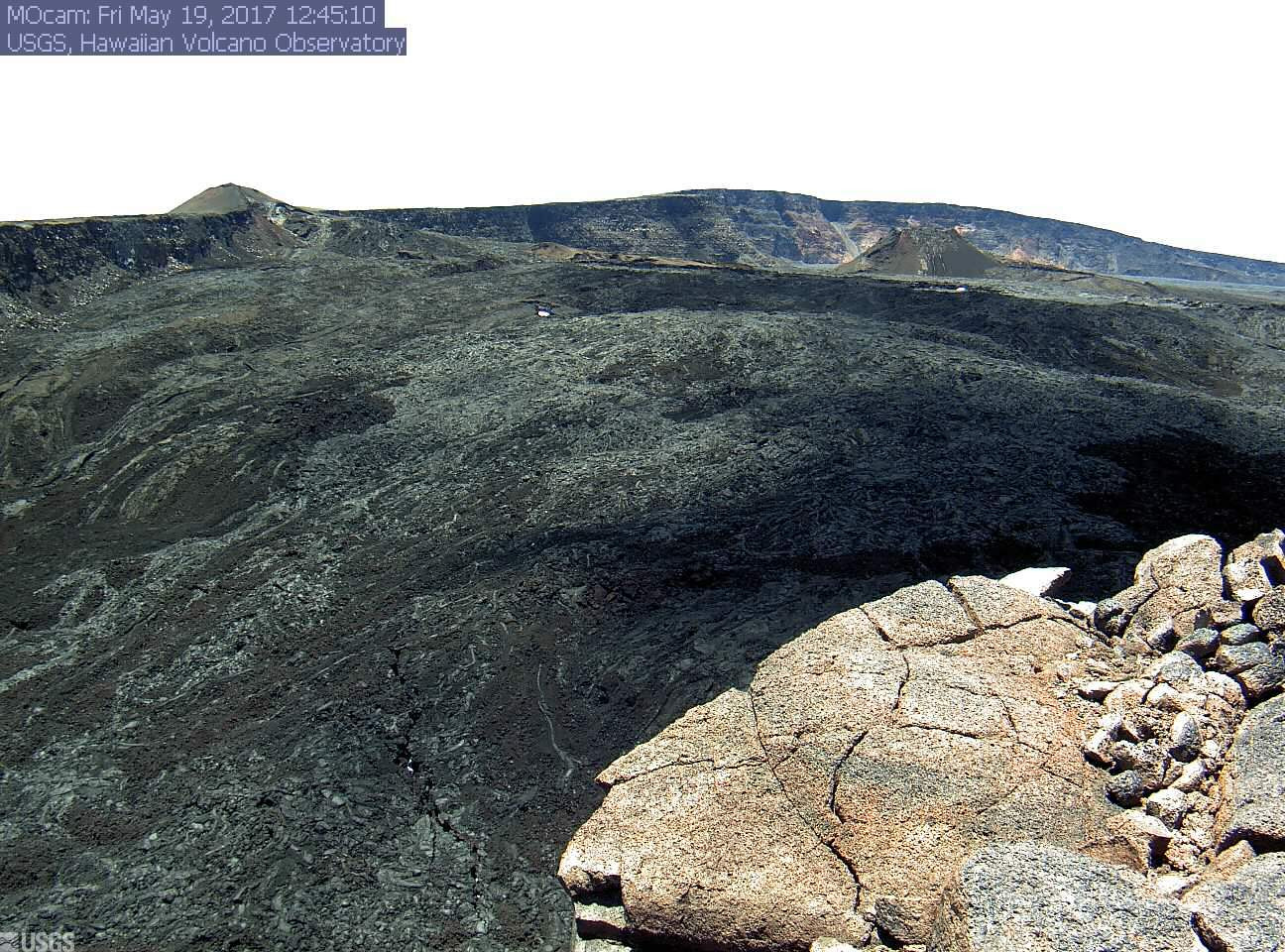