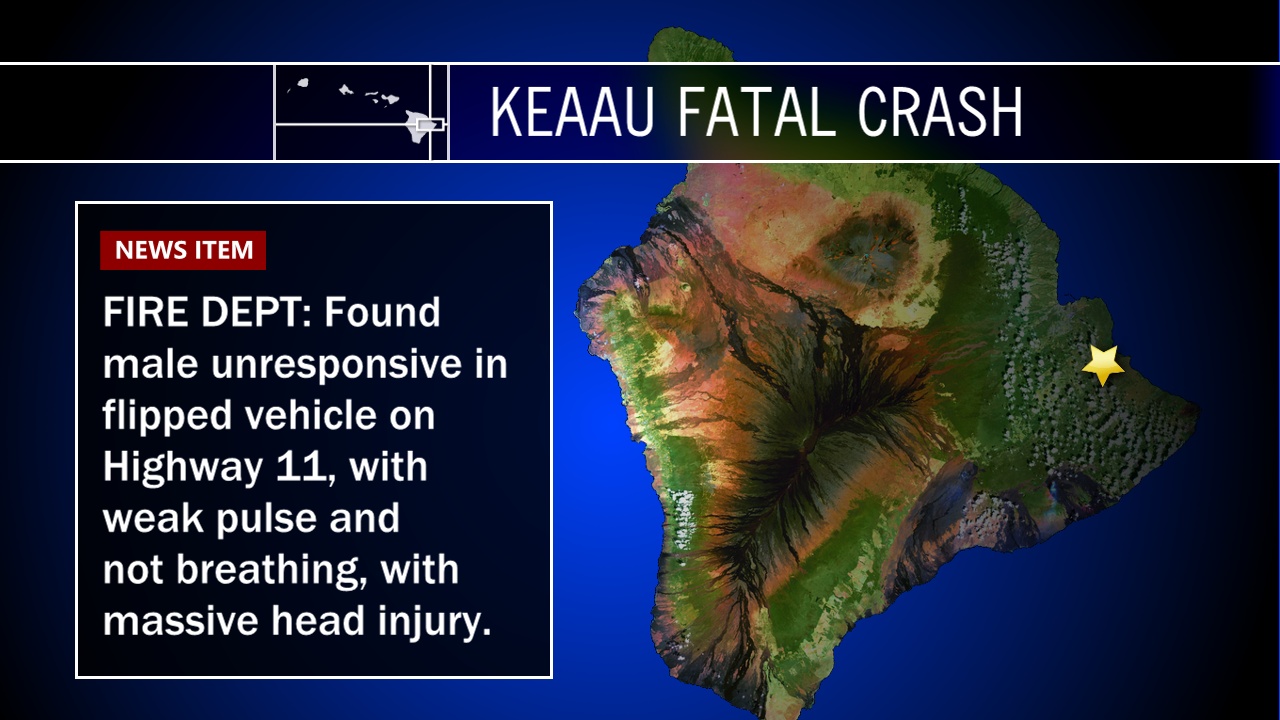 Fatal Crash On Highway 11 In Keaau

KEAAU - The Hawaii County Fire Department reports finding a an unresponsive male in a vehicle flipped over on Highway 11 in Keaau on Monday morning.

(BIVN) – A man died in an apparent vehicle crash on Highway 11 in Keaau on Monday morning.

A Hawaii County Fire dispatch says the accident happened at 8:03 a.m. on the Keaau Bypass.

First responders found the man “unresponsive with weak pulse and not breathing, with massive head injury,” the dispatch reports. The vehicle was flipped on the driver’s side, with the driver partially pinned in vehicle.

Rescue crews utilized extrication and stabilization tools to safely extricate the man. After pulling him out, the man was examined “with no signs of life.”

Hawaii County Police were on the scene for clean up and traffic control, fire officials say.