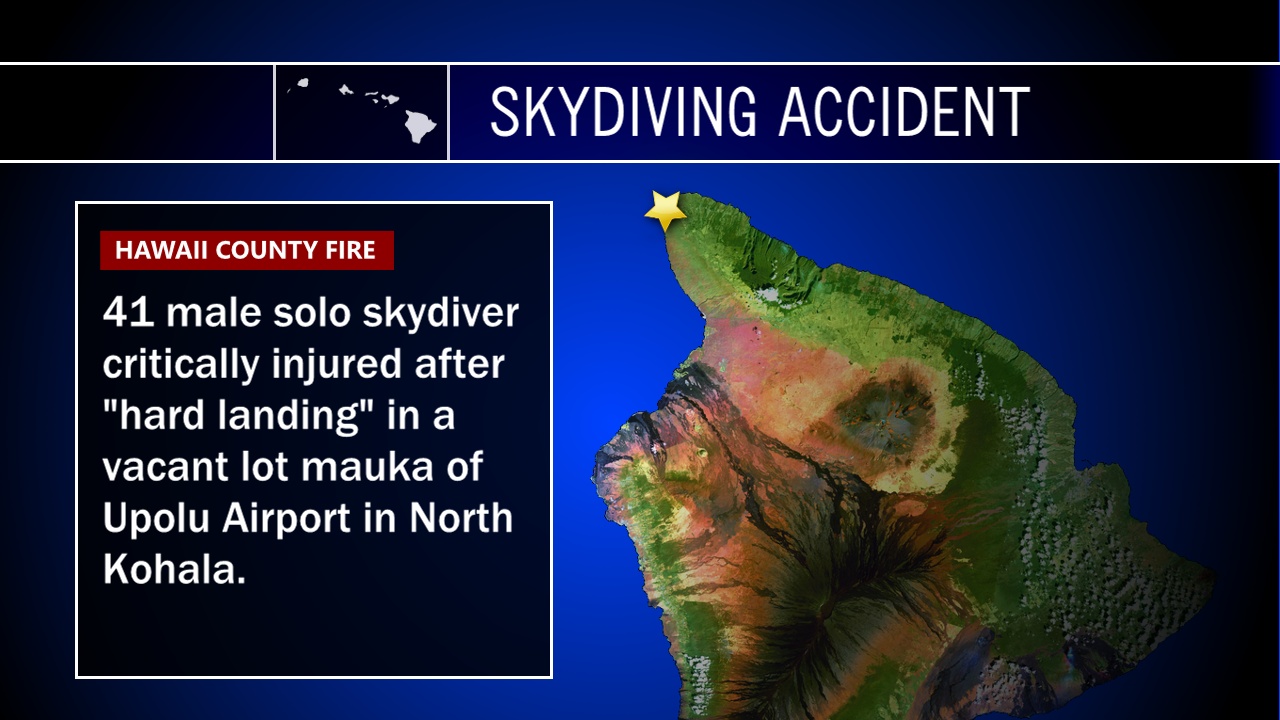 NORTH KOHALA - A 41 year old skydiver was critically injured on Sunday after a possible chute malfunction resulted in a hard landing.

(BIVN) – A 41 year old solo skydiver was in critical condition Sunday after a “hard landing” in North Kohala.

The Fire Department responded to the EMS call just after 11 a.m. and found the male skydiver lying on ground in a vacant lot mauka of Upolu Airport.

The skydiver had multiple serious injuries, and was being attended to by four or five bystandards.

The skydiver was treated and stabilized by medic personnel, fire officials say, and then loaded aboard a county chopper and taken to North Hawaii Community Hospital.

According to the lead skydiver instructor, the injured man “possibly had a malfunction with his chute”, which resulted in a “hard landing”.