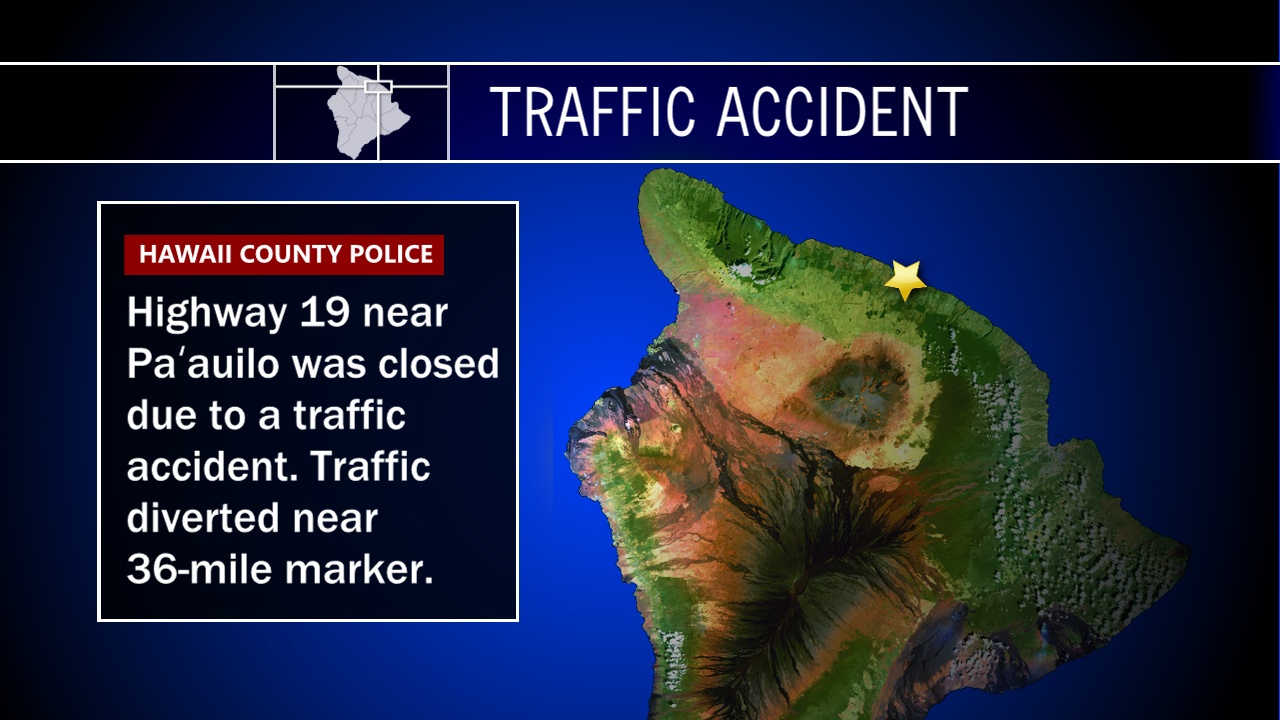 PAAUILO, Hawaii - Hawaii County Police announced a road closure on the Hamakua Coast due to an accident shortly after 10 a.m. on Wednesday.

UPDATE (1 p.m.) – According to a fire department dispatch, 1 person was killed and two were injured in the accident that closed Highway 19 near Paʻauilo on Wednesday.

The accident was a head-on collision involving 3 vehicles; a four-door sedan, a dump truck towing a flatbed trailer, and a SUV, fire officials say.

The occupant of the sedan was ejected from the vehicle and pinned under the flat bed trailer and was killed, according to the fire dispatch.

Fire crews say the four-door sedan was heading south on Highway 19 when it “crossed the centerline and collided head-on” with the north-bound dump truck.

The SUV, which was following the sedan, suffered minor damage.

The driver of the dump truck was treated at the scene and released, fire officials say.

(BIVN) – Highway 19 near Paʻauilo is temporarily closed due to a traffic accident, the Hawaii County Police Department reports.

“Please drive with caution and avoid the area,” police wrote in a Nixle alert. “The delay is expected to remain in effect for the next several hours.”

UPDATE (10:45 a.m.) – According to Hawaii County Civil Defense, police have established a detour in the area.