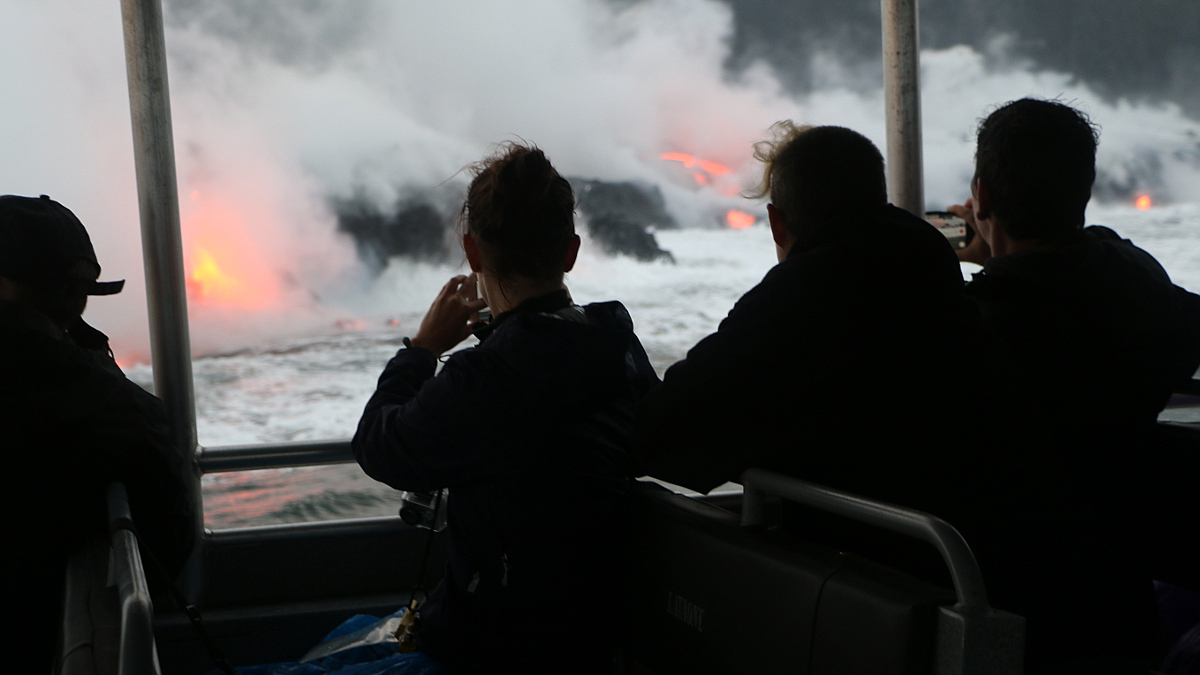 HONOLULU - A lava tour boat operator doing business as Kohala Tours, got hit with a fine on Friday during the land board meeting.

(BIVN) – The Board of Land and Natural Resources levied a Hawaii Island lava tour boat with a $15,000 fine for three violations that occurred earlier this year.

According to the state, the violations took place between February 3-7, 2017 from the Pohoiki boat launch ramp in Puna. “These involved repeated launches of the vessel LavaKai II from the ramp without having a valid commercial use ramp permit,” the state said.

“Turpin’s other company Lava Ocean Tours, Inc. does hold one of the four available commercial use ramp permits issued by the DLNR Division of Boating and Ocean Recreation (DOBOR) for use of the state ramp for operation of its vessel, LavaOne. On the same dates the LavaOne was also carrying passengers for lava viewing tours. However, permit holders may not use the boat ramp to launch other vessels not covered by the permit,” the state release reads.

The board declined to assess additional fines ranging from $5,000 to $35,000 against two vessel captains for multiple counts of violating the same boating rule, the state reported, adding that any future violations may result in citations, fines or possible revocation of the commercial use launch ramp permit.

After the state issued its decision, we spoke to Turpin over the phone. He said he was looking forward to putting the matter behind him, saying that he decided not to request a contested case hearing, and opting instead to pay the fine.

Turpin added that his boat tours will be up and running tomorrow, ready to take visitors to the Kamokuna ocean entry to witness the spectacle of lava meeting the sea.