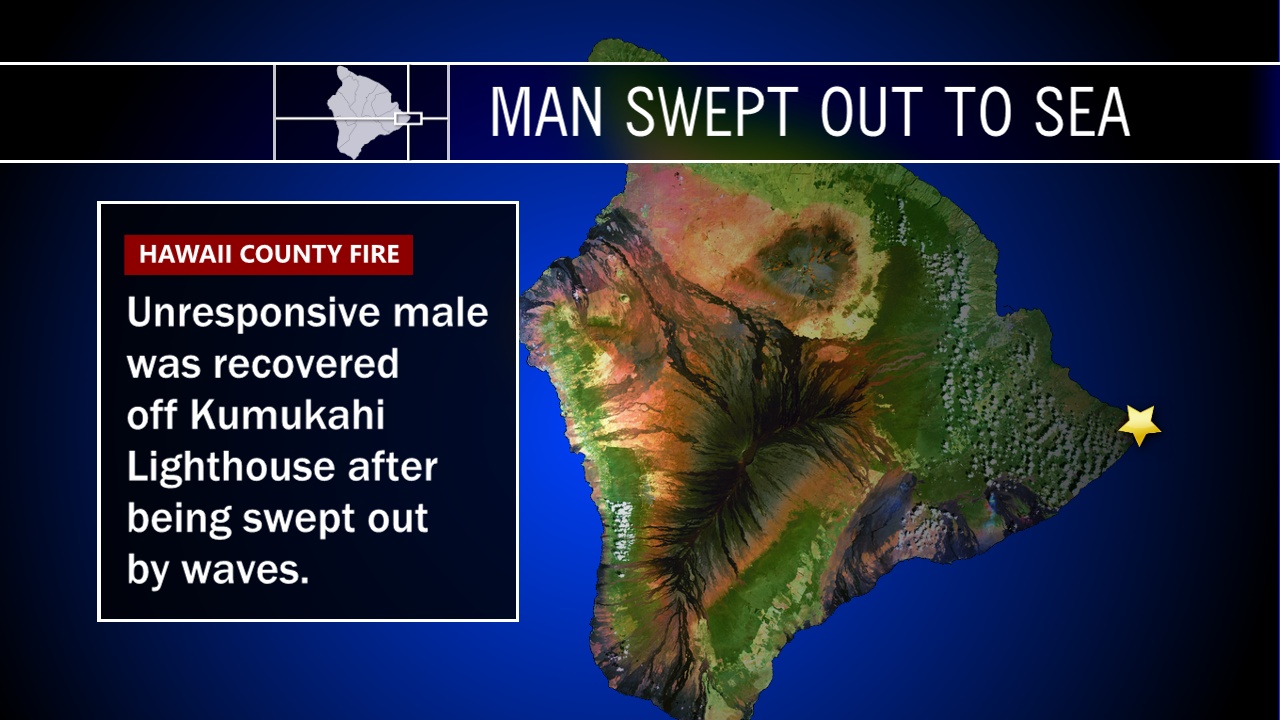 Man Swept Out To Sea Off Cape Kumukahi Lighthouse

PUNA - The victim was found to have no signs of life and was released to HPD, rescue crews report.

CORRECTION: The Hawaii County Fire Department originally referred to the victim as an opihi picker. However, in the time since we published this story, we have heard from members of the community that the man was instead involved in a fishing tournament. We have removed references to opihi picking in the story.

(BIVN) – A man died after he was reportedly swept out to sea Friday, off shore at Cape Kumukahi Lighthouse.

Fire crews responded to the 9:32 a.m. alert of an “unresponsive male… who was swept into the ocean by wave action.”

A fire dispatch says two bystanders assisted the victim, away from rocky shoreline, and were met by lifeguards on jet skis.

The victim, said to be in his 60’s, was then air lifted out of the water by a fire department helicopter. The victim was transported to an awaiting medic at Kumukahi Lighthouse, where he was found to have no signs of life and was released to police.