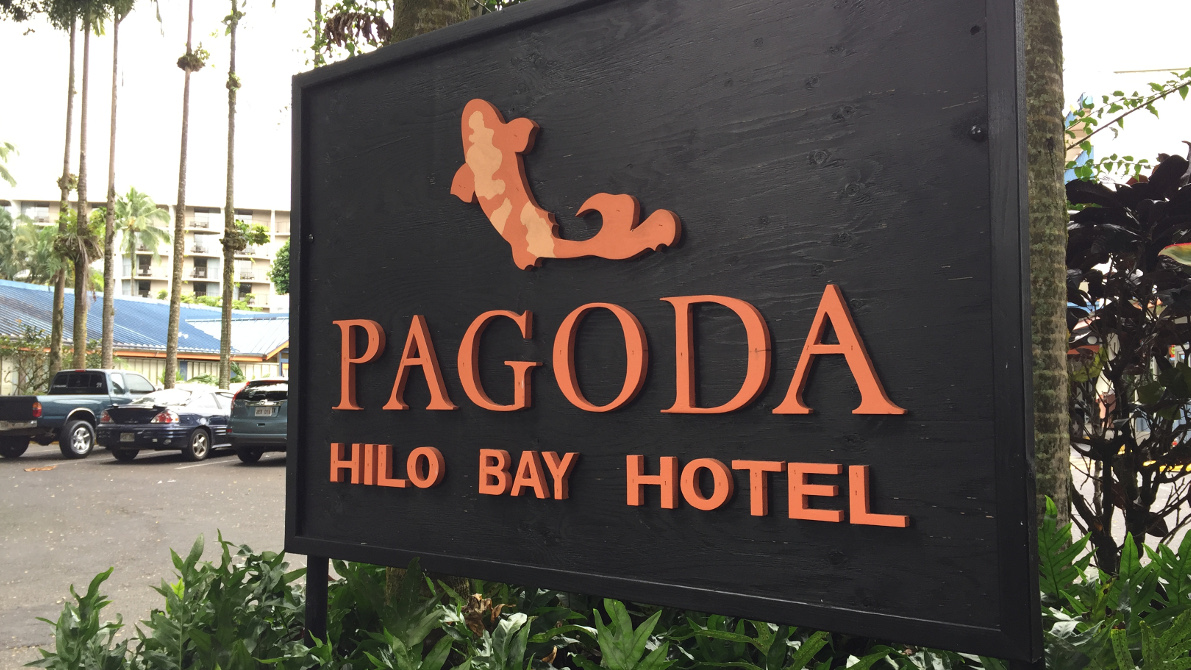 (BIVN) – The State Board of Land and Natural Resources on Friday voted to extend the current revocable permit for the Pagoda Hilo Bay Hotel, rent-free, from June 10 through July 14, 2017.

Pagoda owner Peter Savio, who last year took over the operation of the property formerly known as Uncle Billy’s Hilo Bay Hotel, will have to terminate its operations, remove any personal property, and shut down, the state says.

“Next Tuesday Hawai‘i County will conduct an inspection to check on possible health and safety issues in the hotel, including asbestos exposure,” a BLNR media release stated. “If the County finds any emergency situation, BLNR Chair Suzanne Case is authorized to immediately close the building.”

Case noted, “The Board has kept a close eye on this property over two years and prepared a report on its condition. Recognizing this building was at the end of its useful life and out of an abundance of caution, we are taking these steps now to close this chapter, and prepare for a new phase of revitalization of Banyan Drive.”

Prior to today’s land board vote, Mayor Harry Kim asked the state not to authorize a proposed public auction on a three-year general lease of the Pagoda property, which sits on state land in Hilo’s Banyan Drive resort area.

“We strongly believe that the subject property cannot be safely occupied,” Kim wrote in a letter to the BLNR, “especially for those purposes offered by the proposed three-year general lease.”

Kim added, “We have obtained credible information that there is at least one party interested in a long-term lease of the subject property, potentially offering the scope of improvements and services that this area deserves, and needs. This being the case, we fail to see the value of a short-term lease that would preclude the prompt consideration of long-term solutions and opportunities that could return the property to its rightful place as an asset to the Banyan Drive peninsula, a goal clearly desired by the Banyan Drive Hawaii Redevelopment Agency, which should be pursued without any further delay.”

Noting the recent designation of Banyan Drive area as “blighted” by the Windward Planning Commission, Kim said “It would be a disservice to our residents to not take positive actions towards promptly demolishing the former Uncle Billy’s hotel complex and exploring those opportunities that would bring about a revitalization of this property.”

“We look forward to collaborating with the Legislature, the County, and the private sector for the next steps in the redevelopment and enhancement of this critical area of Hilo. Since we expect the property will be vacant for several years, we will take steps to secure it and start the review process to tear it down and rebuild with a new vision,” BLNR chair Case said.

While the BLNR voted not to authorize the sale of a three-year lease at public auction for this property for hotel-resort use, it did authorize DLNR Land Division staff to prepare and publish a request for interest in a long-term lease. “This will help the State gauge whether there is interest among prospective developers for hotel-resort purposes,” the state says. “This would include an obligation to secure the permitting and approvals needed to demolish the existing structures, complete the demolition, and construct a new hotel on the site.”