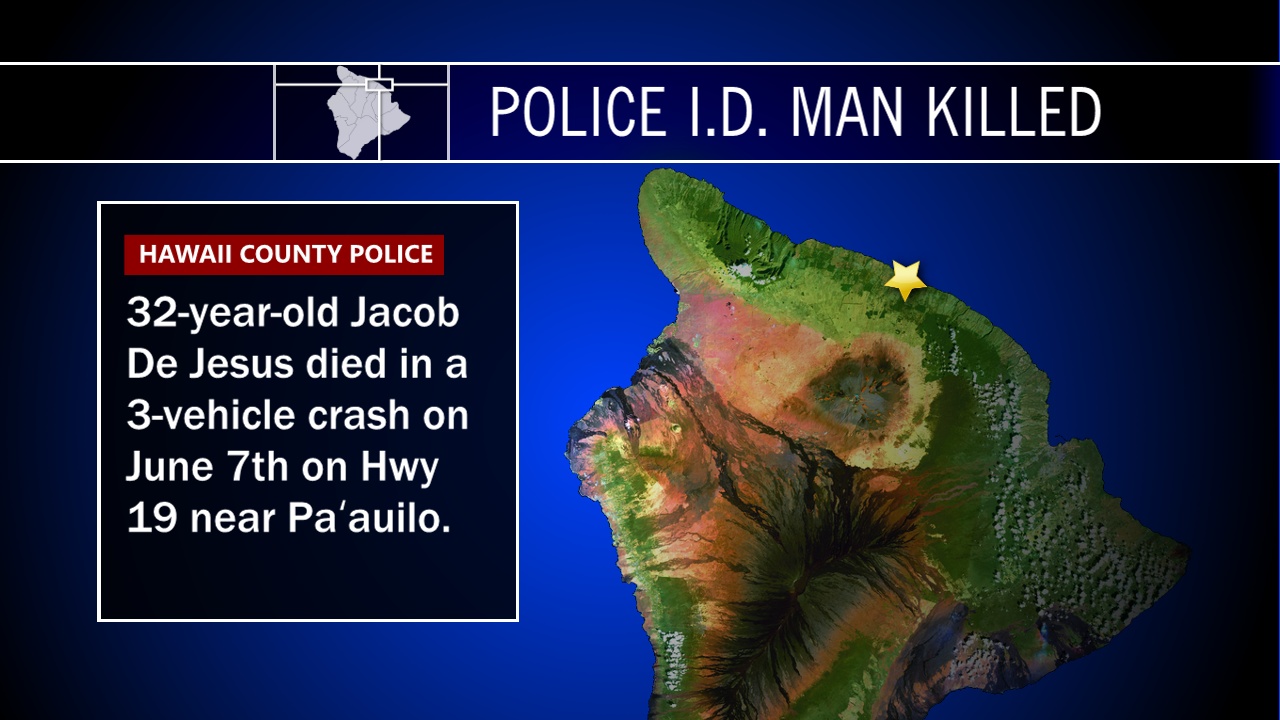 PAAUILO - Police have identified the man who died from injuries sustained in the 3-vehicle crash Wednesday (June 7) on Highway 19 near the 37-mile marker in Paʻauilo.

(BIVN) – Police have identified the man killed in a traffic crash that occurred Wednesday on Highway 19 as 32-year-old Jacob De Jesus of Paʻauilo.

The death of De Jesus is a tragic milestone marking a deadly year on Big Island roads: He is the 20th traffic fatality, which is double the amount (10) at this same time last year.

Officials say the accident was a head-on collision involving 3 vehicles; a four-door sedan, a dump truck towing a flatbed trailer, and a SUV.

De Jesus was the occupant of the sedan. He was ejected from the vehicle and pinned under the flat bed trailer and killed, according to the fire dispatch. Fire crews say the four-door sedan was heading south on Highway 19 when it “crossed the centerline and collided head-on” with the north-bound dump truck. The SUV, which was following the sedan, suffered minor damage.

The driver of the dump truck was treated at the scene and released, fire officials say.

Police are also asking anyone who witnessed the crash to call Officer Clarence Acob at 961-2293 or email: Clarence.Acob@hawaiicounty.gov. Tipsters who prefer to remain anonymous may call the island-wide Crime Stoppers at 961-8300.