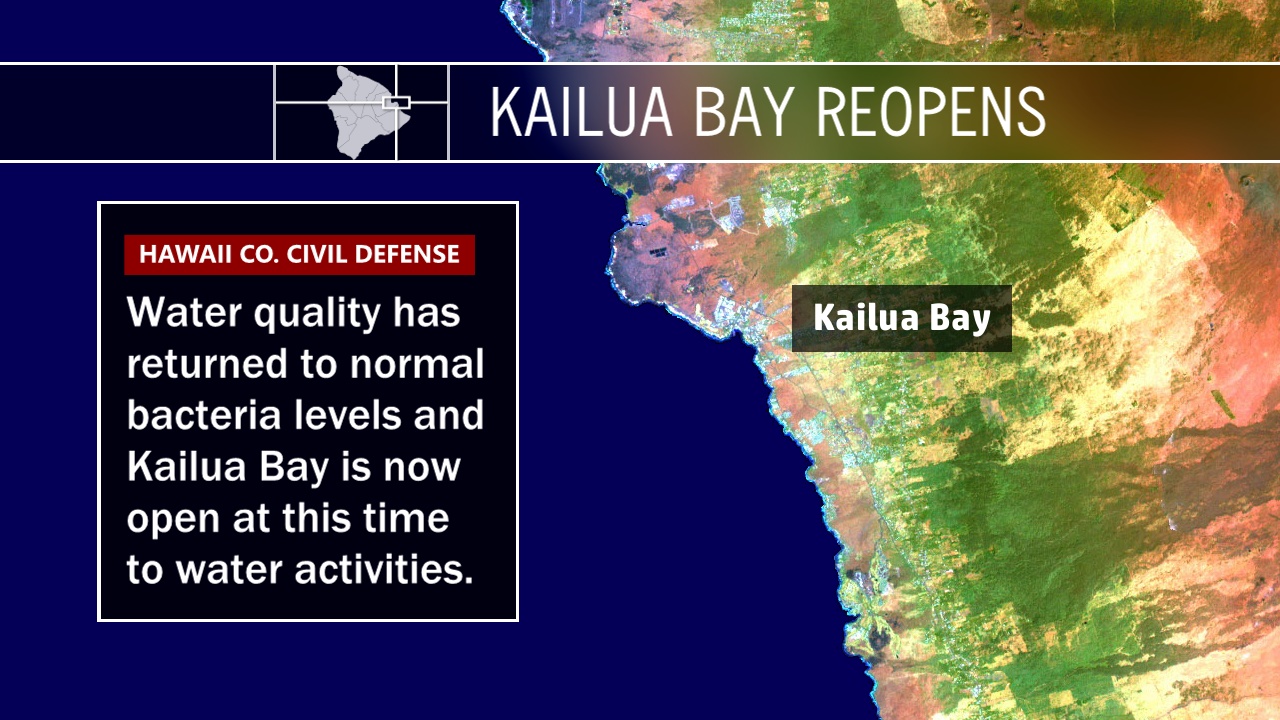 
(BIVN) – After a closure following a sewage spill that occurred early this week, Kailua Bay has been given the OK to open again to water activities.

The Department of Health has determined that Kailua Bay water quality has returned to normal bacteria levels, civil defense announced at 3 p.m.

“The discharge of untreated wastewater took place on Monday at the shoreline near Ali‘i Drive in Kailua-Kona, and sections of corroded sewer pipe have been replaced, stopping further releases of sewage into the Bay, the Department of Environmental Management (DEM) said,” reads a county media release. “Water quality tests have shown it is now safe to go back into the water.”

“The Department of Health reviewed the most recent sample test results, and found that all sample points were well below State standards for contamination,” said DEM Director William Kucharski.

All warning signs barring swimming and fishing in the affected area have been removed, and the beaches have reopened, Kucharski said in the release.

“Mayor Kim wants to thank all our visitors and residents for their patience and understanding during this very trying period,” Kucharski said.