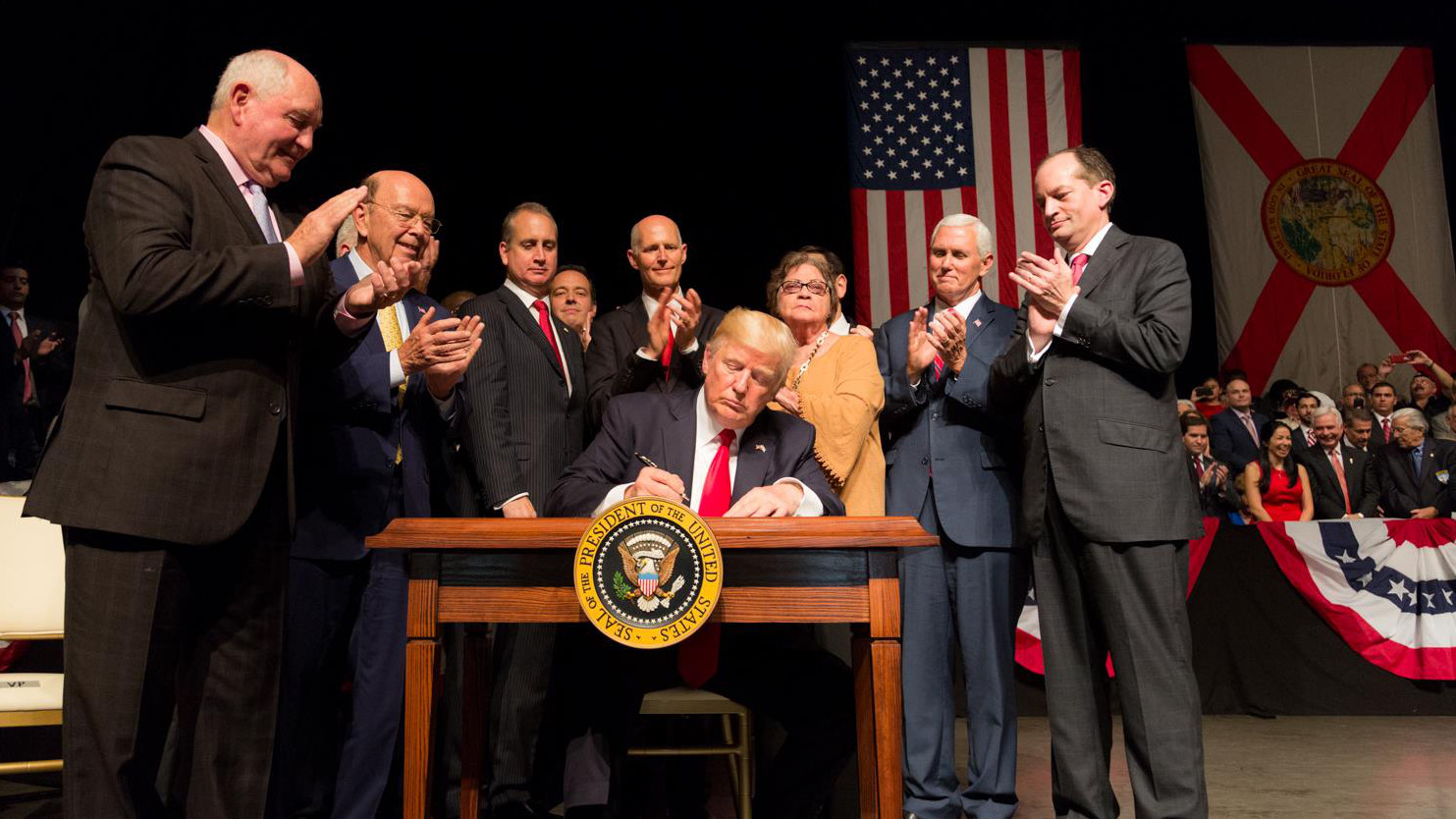 WASHINGTON, D.C. -The complaint cites a law designed to ensure that U.S. leaders would not be "corrupted by foreign influence or put their own financial interests over the national interest."

(BIVN) – 196 members of Congress have filed a lawsuit against President Donald Trump to enforce the Emoluments Clause of the U.S. Constitution. The clause deals with gifts or benefits that the President – or the officials in his administration – might receive from foreign governments and businesses.

Representative Tulsi Gabbard – one of the four Congressional delegates from Hawaii, all of whom are listed as plaintiffs – issued a new release on the matter, saying the lawsuit would give Congress the authority to vote on, and approve, any foreign emoluments on a case-by-case basis.

“The American people deserve a president who is a servant leader who they can trust to represent the people’s interests, rather than his or her own,” Rep. Gabbard stated. “Those who voted for President Trump took him at his word – that having accumulated enough of his own personal wealth, he would be solely focused on serving the American people. It is paramount that President Trump divest himself from his properties, especially those abroad, so Americans can trust that this Administration’s foreign policy decisions are not being influenced by the President’s investments. We need to be assured, for example, that U.S.-Saudi policy is not being influenced by a Trump resort or other investments in that country, rather it is crafted to serve the best interests of the American people.”

“If President Trump does the right thing by seeking and receiving appropriate congressional approval, stops accepting financial benefits from foreign government officials, and divests himself from his properties, I will withdraw my support from this lawsuit. The people of this country deserve transparency and confidence that the President is acting on their behalf,” Rep. Tulsi Gabbard.

The State of Hawaii has been keeping an eye on Trump’s global business connections since he took office.

“According to President Trump’s financial disclosure, he has investments in or owns companies in at least 20 different countries,” read a media release from the Hawaii State Legislature in March of this year, discussing proposed bills requiring presidential candidates to release their tax returns in order to appear on the Hawaii ballot. “Unlike his domestic business, President Trump could run afoul of the emoluments clause in the U.S. Constitution by continuing to profit off these deals. In addition to emoluments, the president’s foreign policy decisions could be called into question in any country in which the Trump Organization does business, for example by exempting countries with Trump Organization presence from a travel ban executive order.”