HONOLULU, Hawaii - The Pwo navigator and president of the Polynesian Voyaging Society delivers a powerful message after the three year sail around the globe. 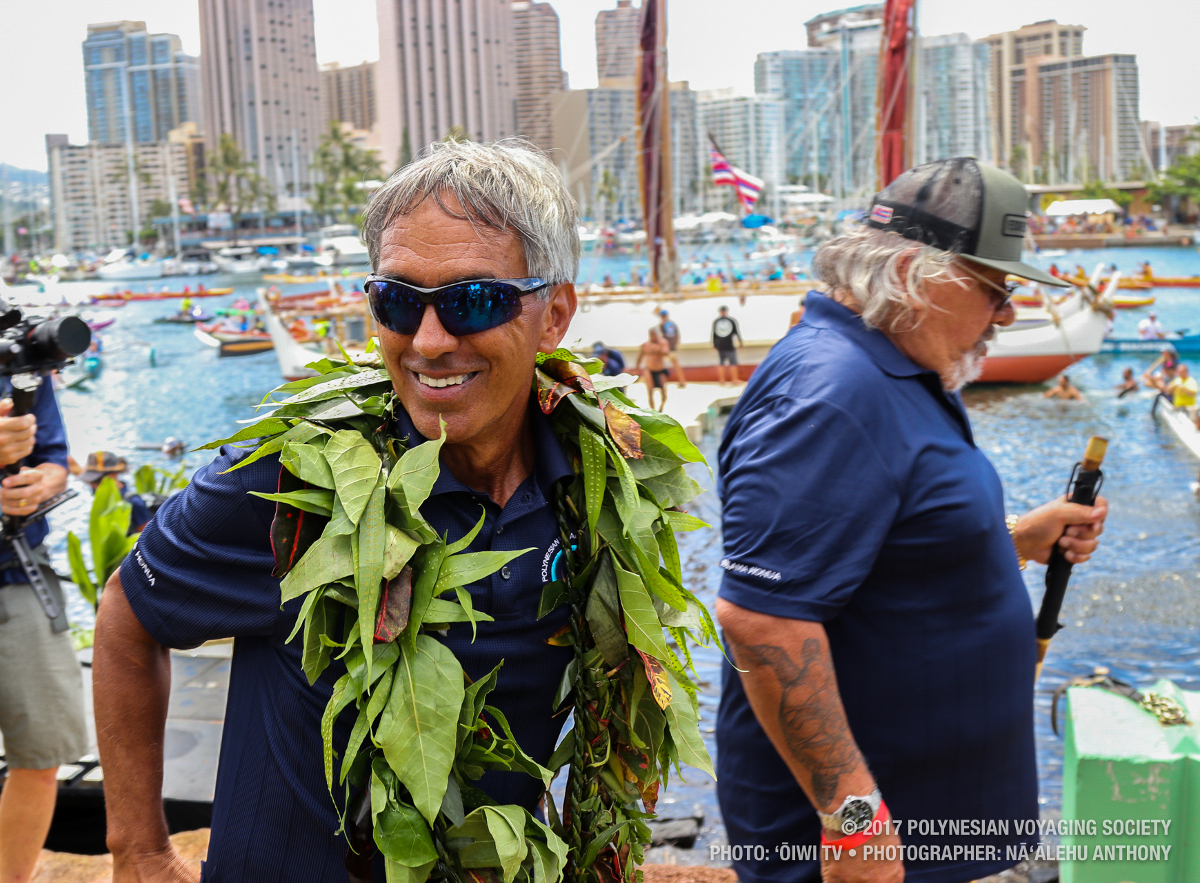 (BIVN) – Three years ago, Big Island Video News filmed along the shore of Palekai as master navigator Nainoa Thompson said goodbye to his wife and children and boarded the Hōkūleʻa canoe with a skilled crew, launching from Hilo to begin the Mālama Honua Worldwide Voyage.

As president of the Polynesian Voyaging Society, Thompson was always clear that the Mālama Honua voyage intended to grow a global movement toward a more sustainable world, seeking “to engage all of Island Earth – practicing how to live sustainably while sharing Polynesian culture, learning from the past and from each other, creating global relationships, and discovering the wonders of the precious place we call home.”

The dangers of the sea are nothing new to the brave crew of Hawaii’s iconic double-hulled waʻa, although Thompson admitted the challenges faced – and overcome – in distant oceans during the global trek required serious planning and execution. Driven by the need to perpetuate the Polynesian wayfinding culture and to spread knowledge and awareness concerning climate change, Hōkūle‘a and sister canoe Hikianalia covered a combined 60,000 nautical miles, visited over 150 ports and 23 countries and territories worldwide.

The return of Hōkūle‘a was celebrated by the tens of thousands who gathered at Magic Sands on June 17. Thompson, one of Hawaii’s most powerful orators, delivered a speech that summarized the epic journey, and maintained resolve to face the challenges threatening Earth’s oceans.