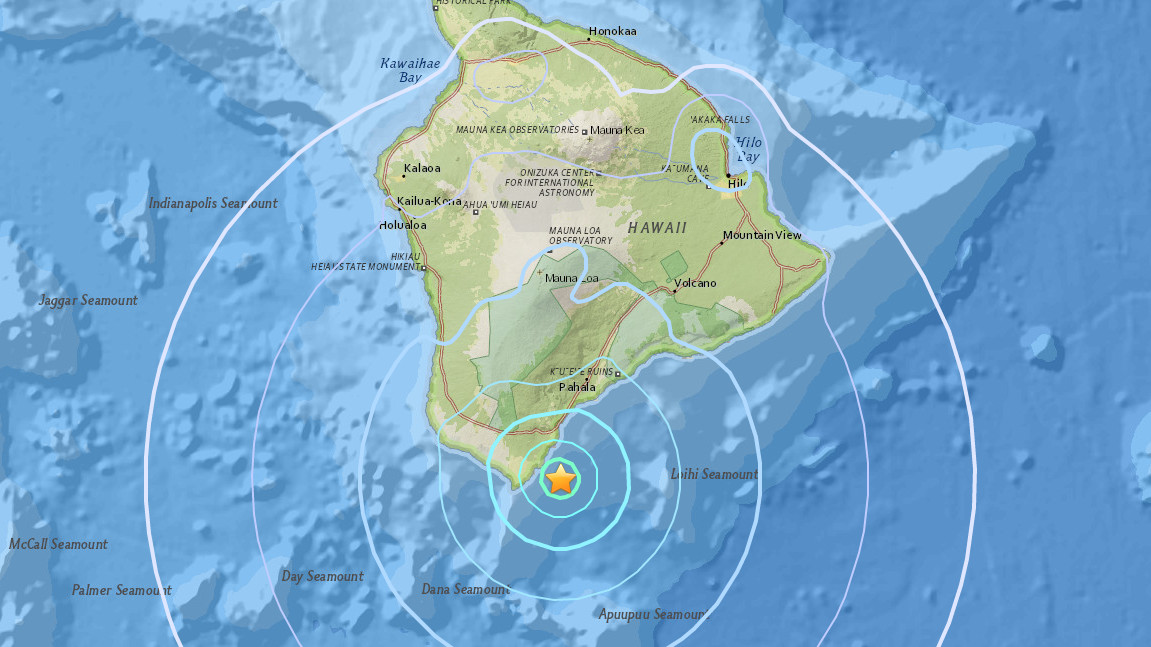 HAWAII ISLAND - Scientists with the USGS Hawaiian Volcano Observatory say the quake had no apparent effect on Kīlauea's ongoing eruptions.

UPDATE (10:57 a.m. HST) – The USGS Hawaiian Volcano Observatory appears to have reviewed the data, and upgraded the strength of the quake to a Magnitude 4.5 while increasing the measured depth to 23.7 miles.

(BIVN) – A Magnitude 4.3 earthquake occurred out on the ocean just east of South Point on Hawaii Island Wednesday morning.

According to preliminary measurements by the USGS Hawaiian Volcano Observatory network, the quake was located at a depth of 9, and was 9 miles south southeast of Na’alehu in Ka’u. The earthquake struck at 10:09 a.m. HST (June 21).

Although some areas may have experienced shaking, a tsunami was not generated, reported the Pacific Tsunami Warning Center.

UPDATE (11:48 a.m. HST) – According to a media release issued by the USGS Hawaiian Volcano Observatory, the maximum intensity of shaking reported by island residents was IV on the Mercalli Intensity Scale, indicating light shaking. “According to HVO Seismic Network Manager Brian Shiro, the deep earthquake was due to bending of the oceanic plate from the weight of the island and poses no significant hazard,” USGS reported.

UPDATE (10:51 a.m. HST) – “As in all earthquakes, be aware of the possibility of after shocks,” stated the Hawaii County Civil Defense in a message issued after the event. “If the earthquake was strongly felt in your area, precautionary checks should be made for any damages, especially to utility connections of gas, water, and electricity.”