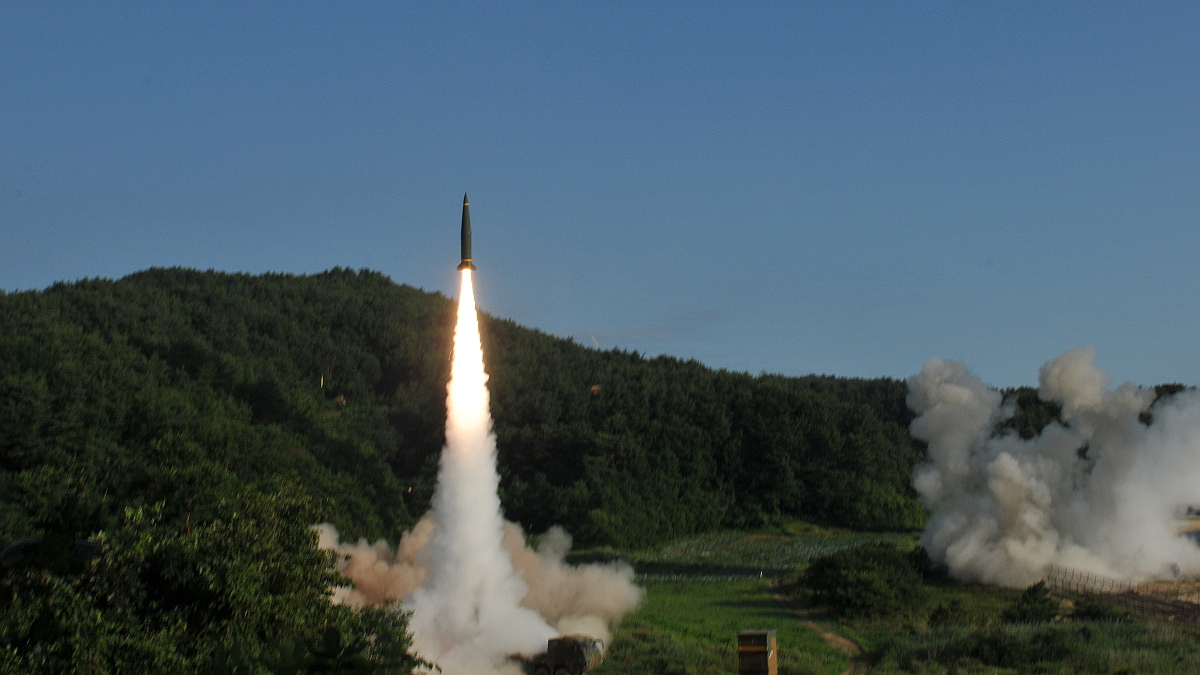 The action "represents a new escalation of the threat to the United States, our allies and partners, the region, and the world," officials say.

The United States detected the ICBM and tracked it for 37 minutes, the longest time of flight for any ballistic missile North Korea has launched to date, said Pentagon spokesman Navy Capt. Jeff Davis.

“North Korea has just launched another missile. Does this guy have anything better to do with his life?” Donald Trump tweeted on July 3. “Hard to believe that South Korea and Japan will put up with this much longer. Perhaps China will put a heavy move on North Korea and end this nonsense once and for all!”

The ICBM launched from North Korea’s Banghyon Airfield, which is about 62 miles from Pyongyang, the Pentagon said, and landed in the Sea of Japan.

“We strongly condemn this act by North Korea,” Capt. Davis said. “It is escalatory [and] destabilizing. It is also dangerous. This missile flew throughout busy airspace used by commercial airliners. It flew into space; it landed in Japan’s exclusive economic zone in an area that’s used by commercial and fishing vessels. All of this was completely uncoordinated.”

“This is a system that can be rapidly deployed and engaged; [it] provides deep-strike precision capability and enables the [South] Korea-U.S. alliance to engage a full array of time-critical targets under all weather conditions,” Davis said.

“Global action is required to stop a global threat,” said Secretary of State Rex Tillerson. ” Any country that hosts North Korean guest workers, provides any economic or military benefits, or fails to fully implement UN Security Council resolutions is aiding and abetting a dangerous regime. All nations should publicly demonstrate to North Korea that there are consequences to their pursuit of nuclear weapons. We intend to bring North Korea’s provocative action before the UN Security Council and enact stronger measures to hold the DPRK accountable.”

An emergency meeting of the United Nations Security Council was held today to discuss the situation.

Today, President Trump laid some of the blame on China. The White House had hoped China could be more persuasive in terms of curbing North Korea’s nuclear ambitions.

“Trade between China and North Korea grew almost 40% in the first quarter,” Trump tweeted. “So much for China working with us – but we had to give it a try!”

For Hawaii, a North Korean ICBM has been a concern for months. This video story covered the conversation between Hawaii’s leadership and the federal government in April 2017.

“North Korea’s latest successful intercontinental ballistic missile test further demonstrates the extremely dangerous and growing threat that North Korea poses to Hawaiʻi, Alaska, and the mainland United States. For the past fifteen years, our leaders have let the people of Hawaiʻi and our country down, allowing the situation in North Korea to worsen to this point of crisis where we are left with nothing but bad options. We must ensure we are able to defend against North Korea’s threat with cutting-edge missile defense technologies, but this is not enough. We must pursue serious diplomatic efforts to de-escalate and ultimately denuclearize North Korea. However, U.S. leaders need to understand that Kim Jong Un maintains a tight grip on North Korea’s nuclear weapons as a deterrent against regime change. The Trump Administration would be far more credible in finding a diplomatic solution with North Korea if we weren’t currently waging a regime change war in Syria, and contemplating a regime change war in Iran.

“The North Korean regime witnessed the regime change wars the U.S. led in Libya and Iraq and what we’re now doing in Syria, and fear they will become like Gadhafi who, after giving up his nuclear weapons program, was deposed by the United States.

“Serious diplomacy on the Korean Peninsula will require an end to our regime change war in Syria and a public statement that the U.S. will not engage in regime change wars and nation-building overseas, including in Iran and North Korea. We should focus our limited resources on rebuilding our own country and seriously commit ourselves to de-escalating this dangerous stand-off with North Korea and negotiate a peaceful diplomatic solution.”