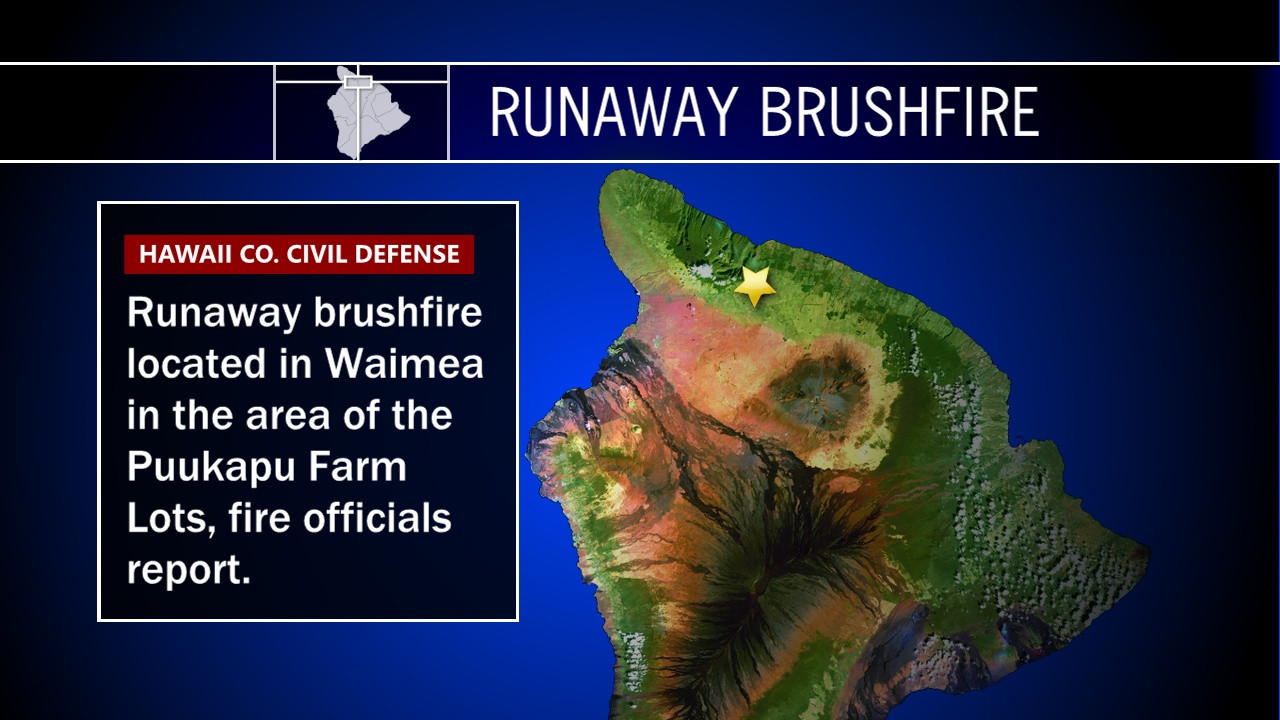 WAIMEA, Hawaii - Persons are requested to stay out of the Puukapu Farm Lots and away from the active fire area, according to a civil defense alert message. 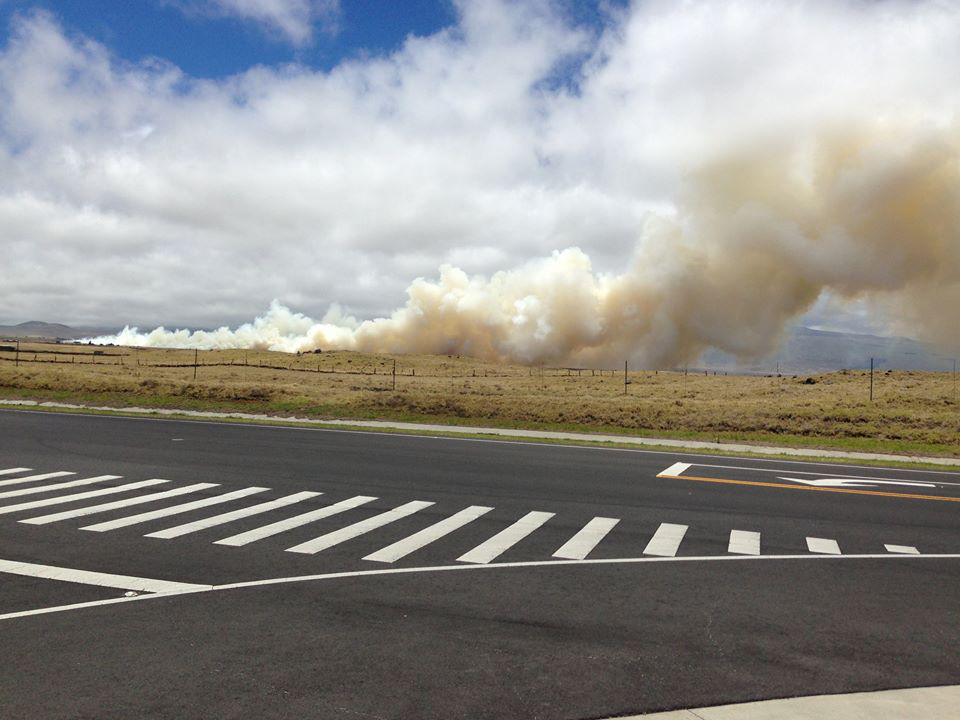 UPDATE (1:45 p.m.) – There is a new road closure due to the runaway brushfire in Waimea, courtesy Hawaii County Police via Nixle:

(BIVN) – A runaway brushfire is reportedly burning in Waimea in the area of the Puukapu Farm Lots.

A Hawaii County Civil Defense message issued at around 1 p.m. states that due to the fire, the following advisories are issued:

Civil defense says it will update the message if there is any change to conditions that may affect your safety.