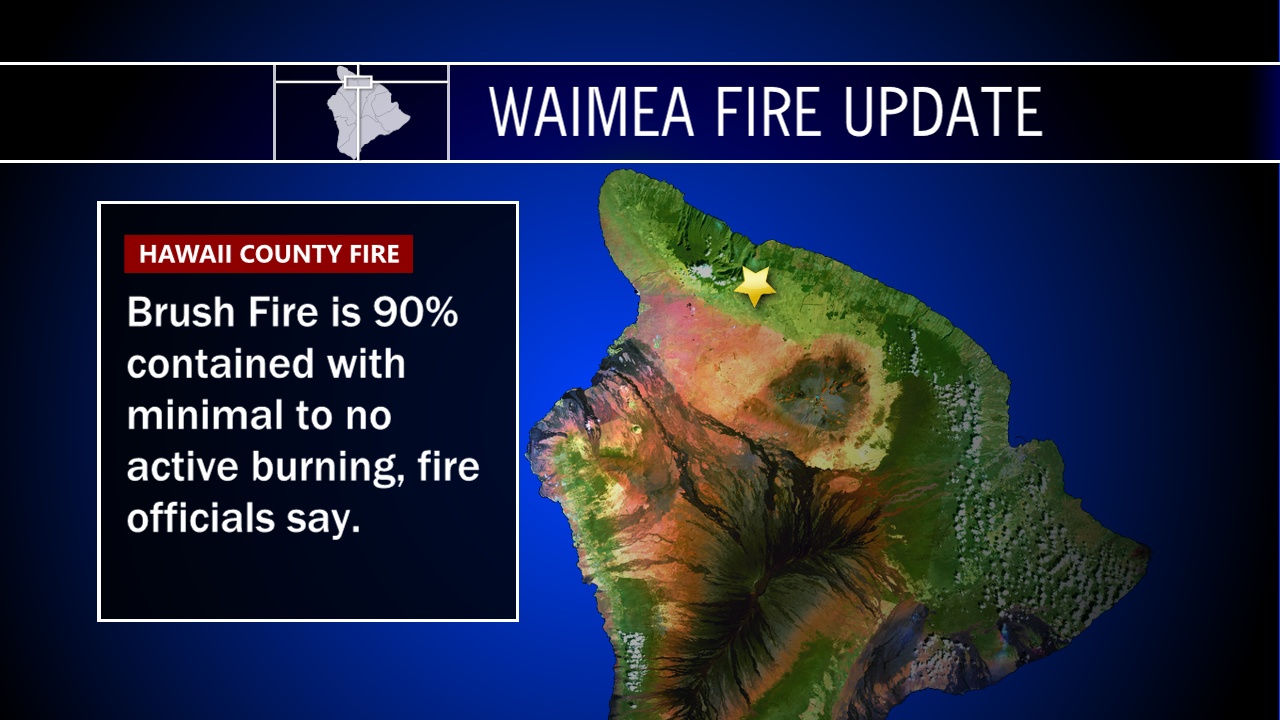 WAIMEA, Hawaii - A fire department dispatch was issued Saturday evening updating the 2,200-acre fire that blew though the Puukapu Farm Lots on Friday.

(BIVN) – Friday’s runaway brushfire in Waimea is now 90% contained as of Saturday evening, according to the Hawaii County Fire Department. There is minimal to no active burning in the 2,200-acres of burnt pasture land, “just numerous hot spots inside of the fire break and through the fire area,” fire officials wrote.

Police say the fire started at approximately 11:58 a.m. Friday in a dry grassy area of a residential property in the 64-700 block of Paeli Alanui Street. The fire spread quickly through the dry brush causing damage to an uninhabited structure and a vehicle, police added.

The Saturday dispatch from the fire department had these details about the ongoing effort to contain the blaze:

5 personnel recalled for night watch (7/7). This morning 2 dozers began finishing up the fire break around the North/N East portions of the fire. Fire personnel continued to do “Mop Up” Operations around the perimeter of the fire. Chopper-2 provided aerial recon missions and conducted Water Bucket Drops throughout the day. Dozers completed the Fire Break by nightfall, fire 100% contained by 1800hrs (7/8). Recall personnel providing night watch for 7/8.