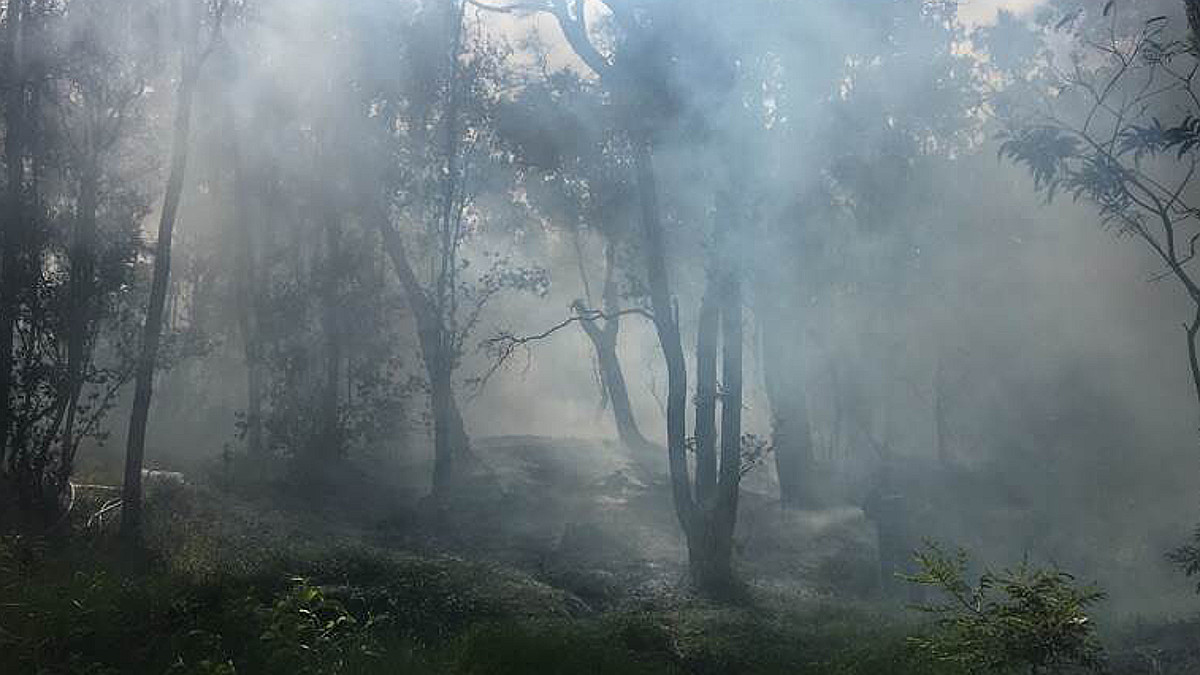 (BIVN) – The National Park Service is seeking witnesses to a fire that occurred Tuesday afternoon at a Hawai‘i Volcanoes National Park campground.

Fire officials say the blaze burned about ¼ acre of native koa and ‘ōhi‘a forest behind a cabin at Nāmakanipaio Campground.

“The fire started behind Cabin 3 shortly before 3 p.m., and was human-caused,” the park reports. “A female and several children told firefighters they saw how it started, but left the scene before anyone could get her name and contact information.”

County, volunteerm and National Park Service firefighters quickly extinguished the fire. No structures were burned, officials say, although flames came close to Cabin 3. No closures or evacuations were required. 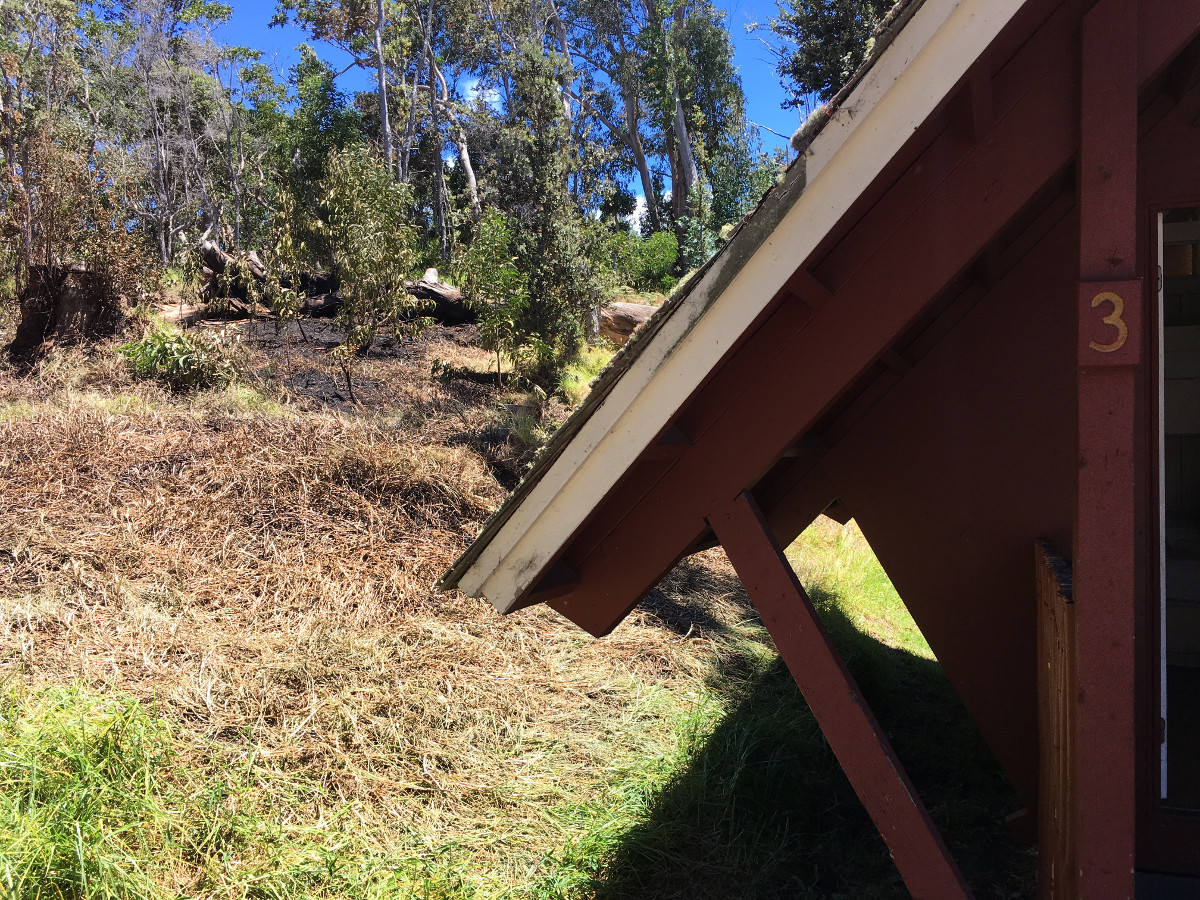 The fire, which started behind Cabin 3 at Nāmakanipaio Campground, nearly reached the A-frame cabin. The campground and cabins are located within Hawai‘i Volcanoes National Park and are managed by Hawai‘i Volcanoes Lodge Company, LLC. NPS Photo.

“With a hot and dry summer upon us, we’re definitely at an increased risk for fire in the park, and across the island,” said Hawai‘i Volcanoes National Park Fire Management Officer Greg Funderburk in a media release. “It’s important to remember that while parts of the island might be getting rainfall, other areas are very dry and quite susceptible to fire,” he said.

The National Park Service says an investigation is underway. Witnesses and anyone with information about the fire are encouraged to call Park Dispatch at 808-985-6170. Callers may remain anonymous, officials say. 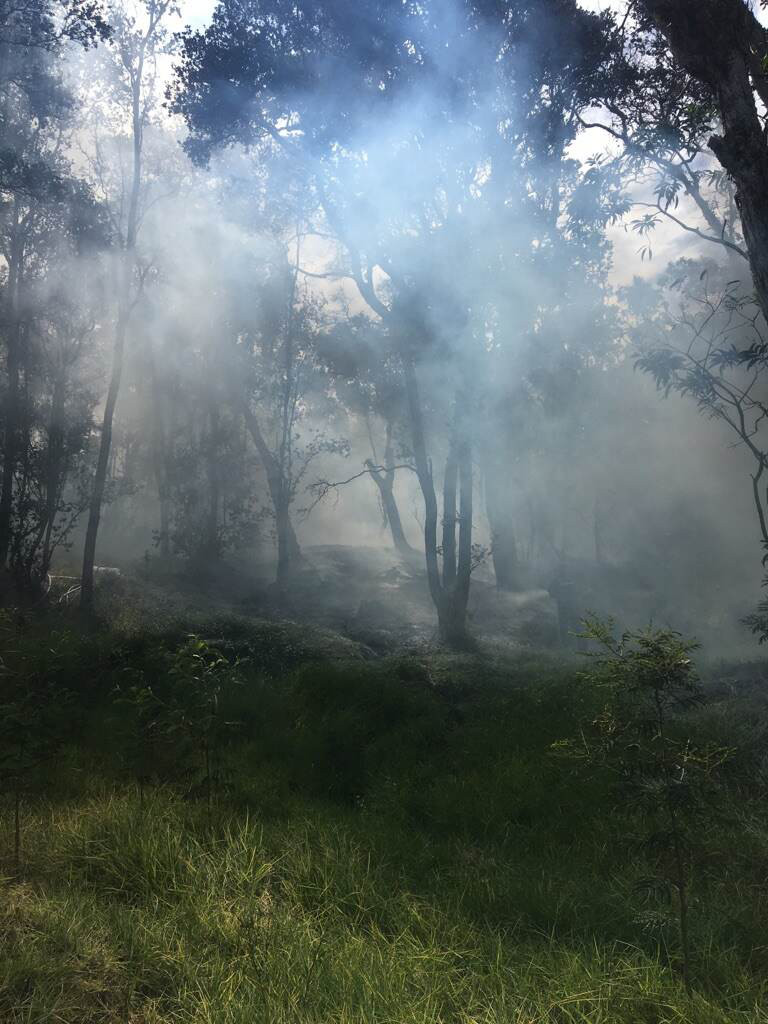